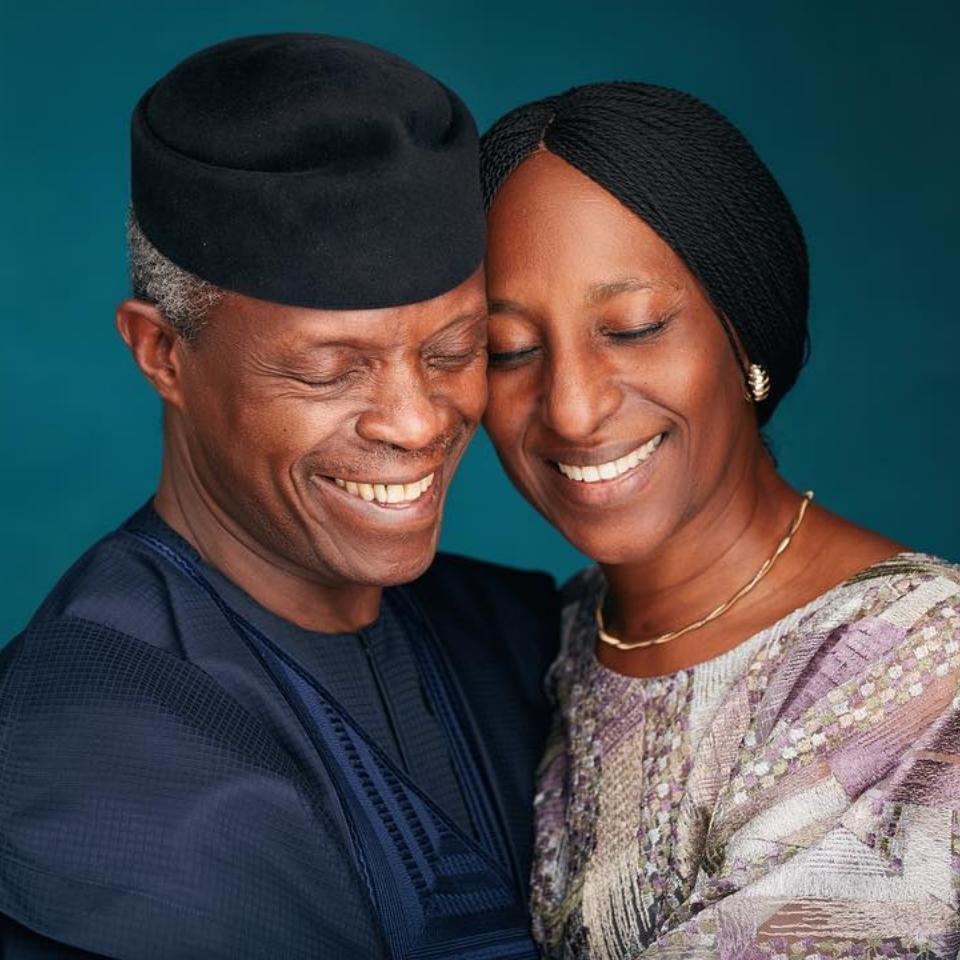 The Vice President has disclosed that he has failed to honour the promise he made to his wife, Dolapo. VP Yemi Osinbajo had promised her to live a quiet life but has broken his pledge and brought her under the spotlight following his venturing into public service. He said:

READ ALSO:   Nollywood's Oge Okoye Is Way Too Legit To Quit On Her Bum Shorts [Photos]

“I’m constantly reminded by my wife that she wanted a quiet life, which I promised as an academic but here we are today. I know that I don’t have special qualification all the exaltation comes from God.”

He revealed this while speaking at a thanksgiving service entitled: “The State House Thanksgiving Concert,” organised by the Aso Villa Chapel Abuja, to celebrate President Muhammadu Buhari’s re-election and his.

The couple who were married in 1989 are blessed with three children.

The number two citizen also recounted his close shave with death when his helicopter crash-landed in Kogi State on February 2. He said there would have been crises if he had died in the incident.

Eric Holder: See The Face Of The Man Suspected To Have Shot And Killed Nipsey Hussle [Photo]

Coronavirus: Nigerian Actor Mike Godson Writes Open Letter To VP OsinbajoTelling Him Hunger Is Now In His Household – “I Have Just Finished Eating My Last Pot Of Soup