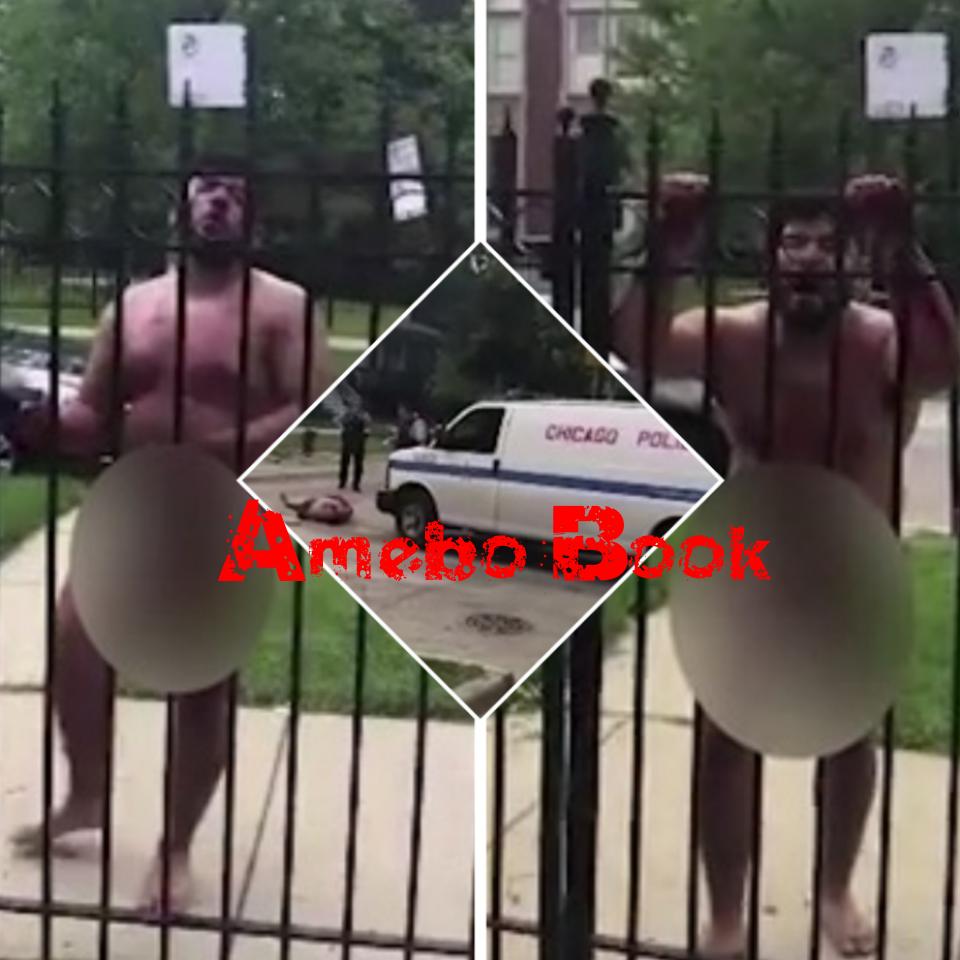 Things are really happening oh! How do you explain it when a naked Chicago man cuts off his penis and goes on rampage making a total nuisance of himself? In the video, you’ll see the man bleeding while up against a metal fence and harassing people.

Eventually, the police showed up to try and bring calm. However, the naked man approached the female officer screaming, “get outta here b****”. The cop tells the crazed man to “get on the ground” but rather than do as instructed, he charges.

It was the police woman discharged her taser, knocking the man to the ground. The naked man later gets up as another officer arrives on the scene. He then appears to charge the second officer on the scene, who tasers him again.

READ ALSO:   I Fought So Hard For True Love Before You Came Into The Picture - Bobrisky Says As He Finally Shows Off His Rich Boyfriend Henry Ike

“I went to visit my boy after work, and when I parked up I seen (naked guy still clothed) rolling around in the middle of the street,” Eriz Gonzalez, a witness who was trapped in one of the Chicago gardens, said. “People were around him and he started cussing them out and pushing them. They left, and he stripped butt a** naked in the middle of the street. I left my car and chilled with my boy outside to see what’s going on.”

READ ALSO:   Tiwa Savage Praises Duncan Mighty For His Cooking Skills, Shares Video Of Him In The Kitchen And Calls Him "Mr Lova Lova"

Watch the video for yourself below.