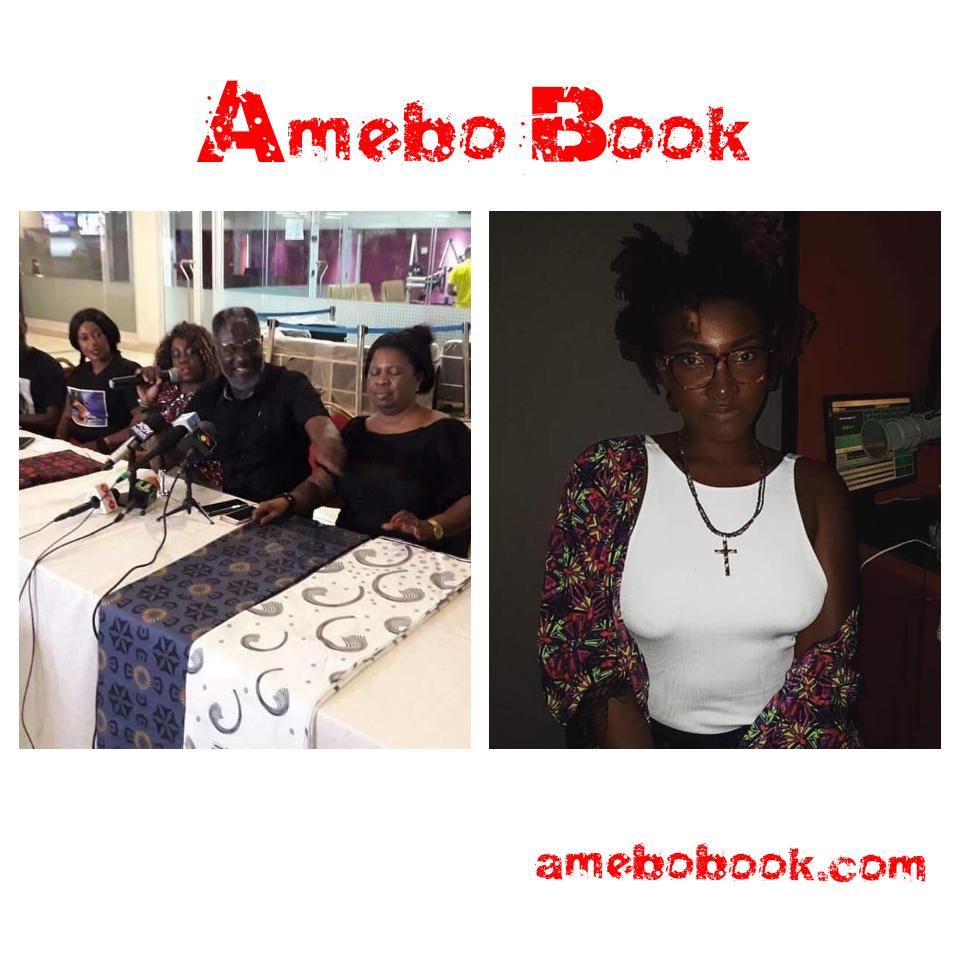 Nana Opoku Kwarteng the father of the late dancehall musician, Ebony Reigns, wept bitterly as her funeral cloth was released at a ceremony held at the West Hills Mall on Saturday, March 17, 2018. He seized the opportunity to call on Ghanaians to patronize the materials.

Mr. Kwarteng also urged those who buy the Ebony Reigns funeral cloth to use it on all occasions adding that he’d rather the gathering celebrate his daughter.

“It’s unfortunate we are here today not for anything, to launch funeral clothes of my daughter, the queen, Ebony. How sad it is”, he said.

Ricky Nana Agyeman more popularly known as Bullet, disclosed that the introduction of the cloth was per the wishes of his late artiste.

“We are doing this for Ebony Reigns. When she was alive, she was always with me. She told me most of the things she wanted to do. She wanted to have ‘Ntoma Collections’ because all the other musicians had casual wears. So it’s like a dream come through,” he explained.

READ ALSO:   Waist So Little, Bum Like Whoa: How Did Ini Edo Get All Of That In "Dem Jeans'? [Photos]

The funeral materials are named after her songs, ‘Maame Hwe,’ and ‘Aseda’.

Ghanaian Music Executive, Bullet, Calls Out Hypocrites Who Tell Him To Sign Artiste Who Sings Like Ebony Reigns

PANTS DOWN!!! Wendy Shay And Bullet Allegedly Caught In Bed N*Ked By Manager’s Abused Ex-girlfriend, Reveals How Late Ebony Reigns Was Also Beaten Up While Alive