Weird News Today: New Jersey Woman Scared By Pennywise Creepy Clown Doll In Her Yard Says She Burnt It And Slept With A Knife 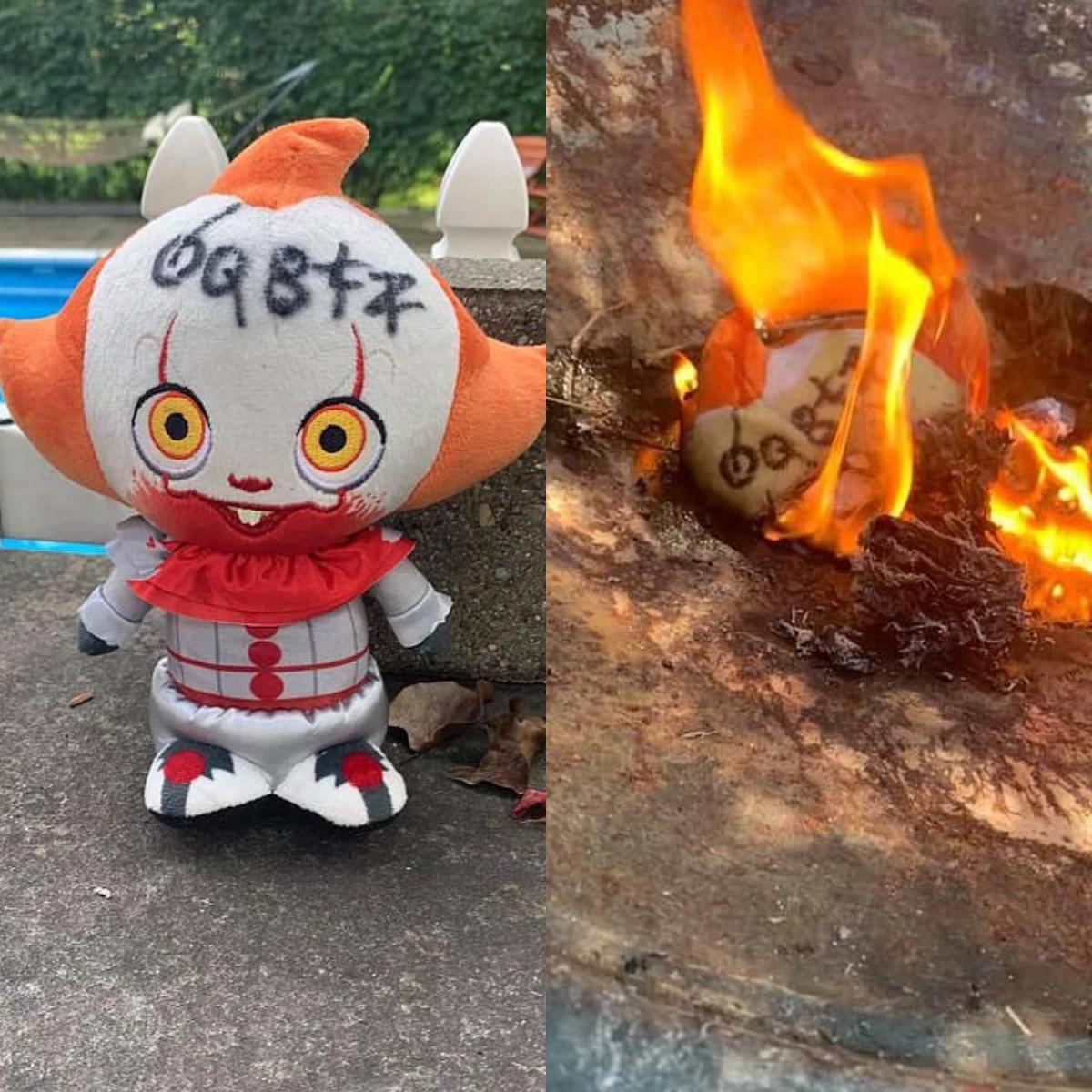 A New Jersey woman identified as Renee Jensen, is afraid for her life after a doll version of the murderous clown, Pennywise from Stephen King’s books and the movie “IT, “ flew into her backyard that she slept with a knife by her bed. It’s understood she was relaxing with her boyfriend behind her Harrington Park apartment on Saturday when she spotted something moving out of the corner of her eye. The Pennywise doll had blood around its mouth and strange black marks on its forehead.

“I happened to be looking up and we just saw this object come out of the sky,” said Renee Jensen of Harrington Park.

“It was scary because it just came out of nowhere. I think anybody, even if it was on your front porch and somebody rang your doorbell and ran off, you’d be disturbed,” she said.

Jensen called the police because she was also worried about the strange writing on the doll’s forehead and they came by to take a report.

Meanwhile, a sequel to the Warner Bros. Pictures’ movie “IT” hits theaters in several weeks.

READ ALSO:   Latest News USA Today: Homeless Man Breaks Into Ex-Girlfriend's Home, Says ‘Someone Is Going To Die’ Then Stabs Her And 13-Year-Old Son To Death In Nashville

“The character comes out of the sky with a balloon, so that’s why everyone thinks it’s so weird that this happened,” she said.