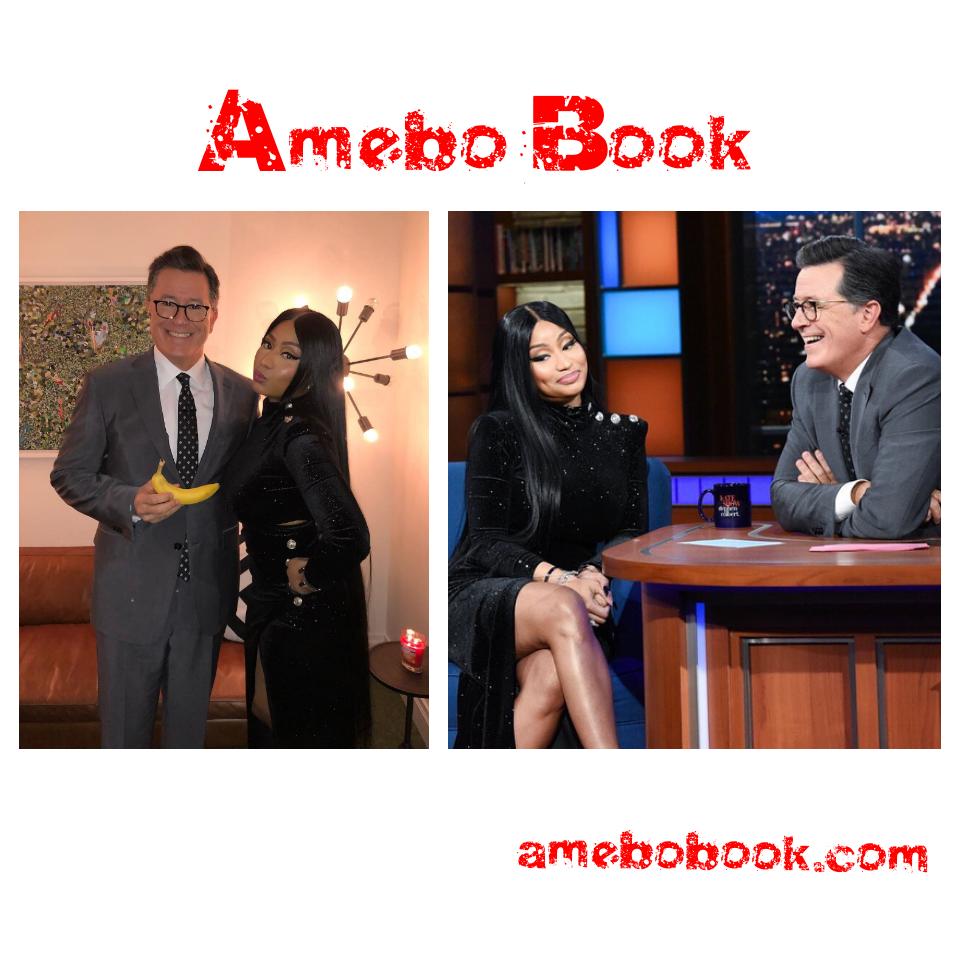 Nicki Minaj disses almost every famous male rapper in her Queen single “Barbie Dreams”. While on The Late Show with Stephen Colbert, the host mentioned her references to Drake, DJ Khaled, Meek Mill among others. He then informed the female rapper that she skipped his name.

It was then Minaj dropped a hilarious freestyle about Colbert. She rapped about changing his life if she f*cked him.

“I might [bleep] Stephen after the show/He gon’ come back to work with a magical glow,” she rapped.

“But when you [bleep] please don’t stare/Just address me as Queen Nicki Colbert.”

Watch for yourself below.