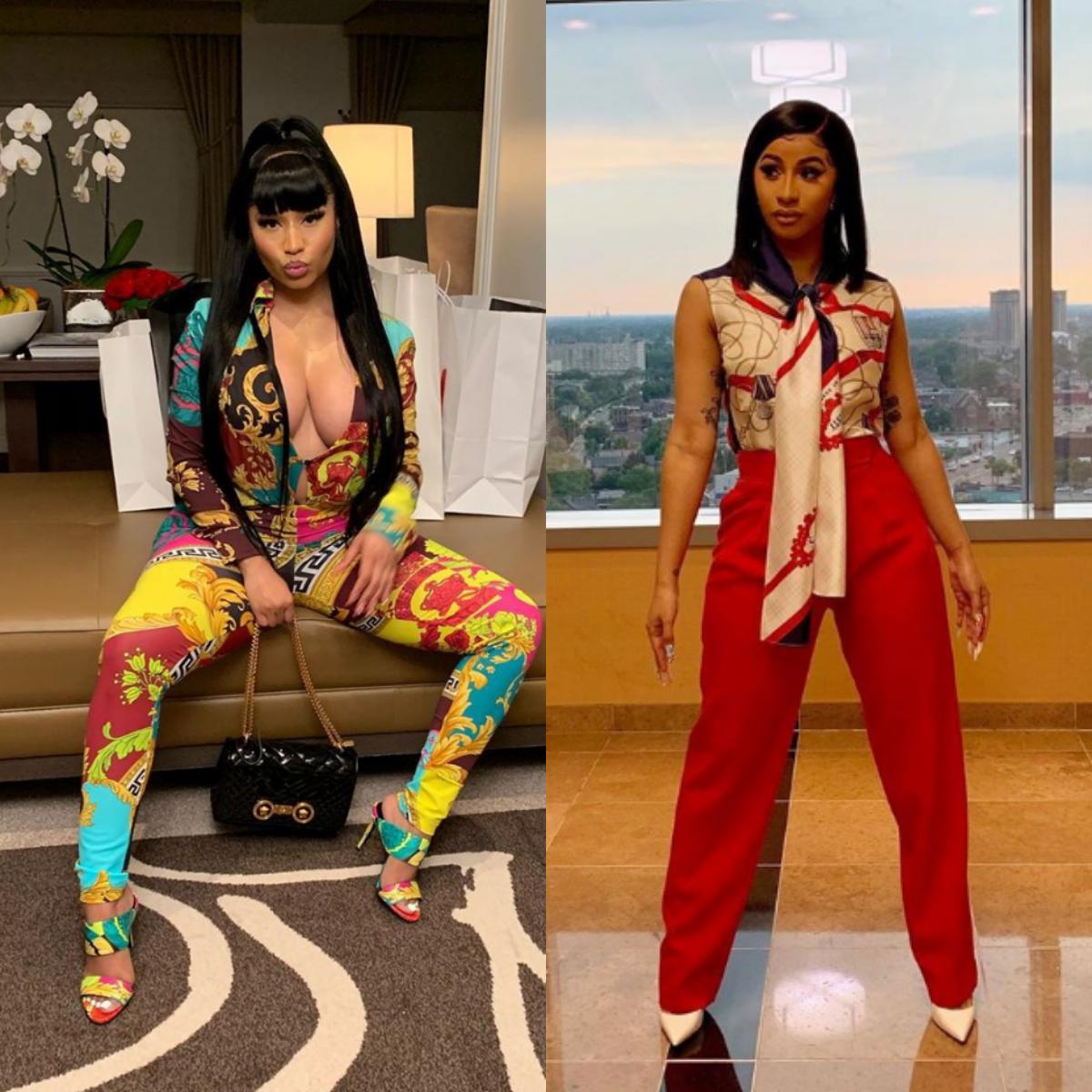 Hiphop News: Nicki Minaj Puts Her Fans On “Time Out” After Major Cardi B Shade, #WriteARap

That Nicki Minaj and Cardi B had a bitter public feud last year after a shoe was thrown at a New York Fashion Week party, cannot be forgotten by fans of both rappers, at least not in a hurry. Their supporters have constantly been adding fuel to the whole drama to ensure there’s no peace between Nicki and Cardi. This time, fans of the “MEGATRON” hitmaker decided to poke fun at her rival by starting to trend “#WriteARap” directed at the “Press” rapper. The message was intended to remind Cardi that no matter how big she gets, Nicki will always be a better lyricist. Well, the hashtag reached Nicki and she reacted quickly, letting out a few embarrassed emojis. Then, she told her fans to cool off before some more drama popped off, telling them they’re officially on “time out.”

READ ALSO:   Nigerian Singer Davido Was Spotted At The Scene Of A Bank Robbery In The US [Photos + Video]

Majority of Minaj’s fans cooled down but there were those bent on keeping the feud alive and forbid any form of peace between both rappers.

#TheBarbz are on time out 🥴

READ ALSO:   I Could Have Cried All Year Long BUT For GOD - Chioma Akpotha Discloses

So far, Cardi B has not commented on the matter.

Rap News: Nicki Minaj Puts Her Fans On “Time Out” After Major Cardi B Shade, #WriteARap

Access Hollywood: Naomi Campbell Reveals She Was Turned Away From A Hotel In Paris Because Of Her Skin Colour, “The Challenge Is Permanent”