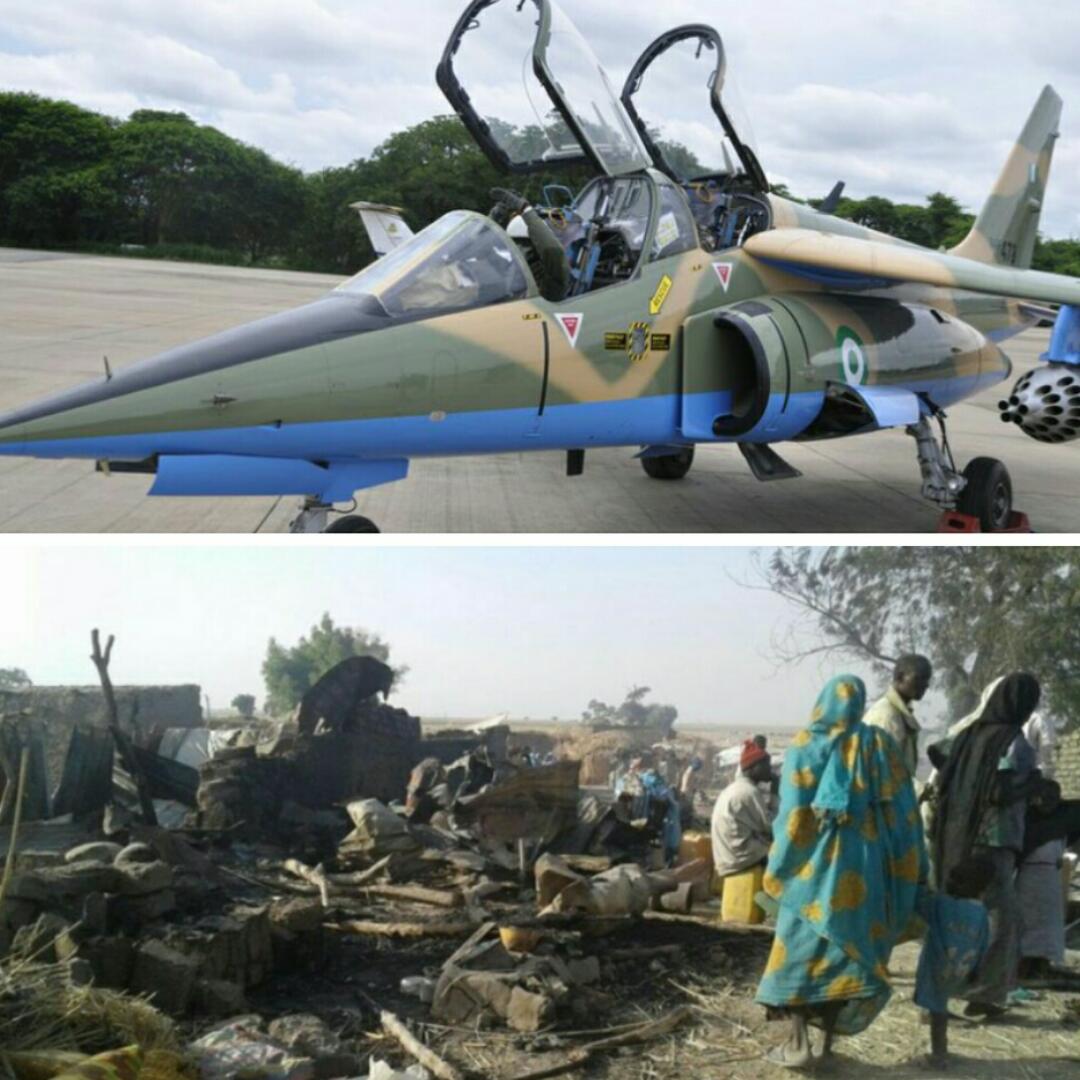 I received with regret news that the Air Force,working to mop up BH insurgents, accidentally bombed a civilian community in Rann,Borno State

“Somehow, some civilians were killed. We are yet to ascertain the number of persons killed in the air strike,” Irabor told reporters in the northeastern city of Maiduguri.

READ ALSO:   Ailing Actress Halima Abubakar Addresses Rumours That She Is Spending N800K On Her Illness Daily, Some Claim A "Certain Nigerian VIP Politician's Wife" Is Taking Care Of The Medical Bills — "God will not give me illness that I will be spending 800k on"

“Many civilians including personnel of International Committee of the Red Cross and Medicins Sans Frontieres were wounded”.

He also added that the air force had acted on information that Boko Haram militants were in the area.

According to CNN, the death toll has hit 52 innocent people while about 120 more are badly injured.