Things Are Really Happening Oh! Nigerian Artiste Weflo Spotted As A Bricklayer After He Took Over City People Awards In A Limousine 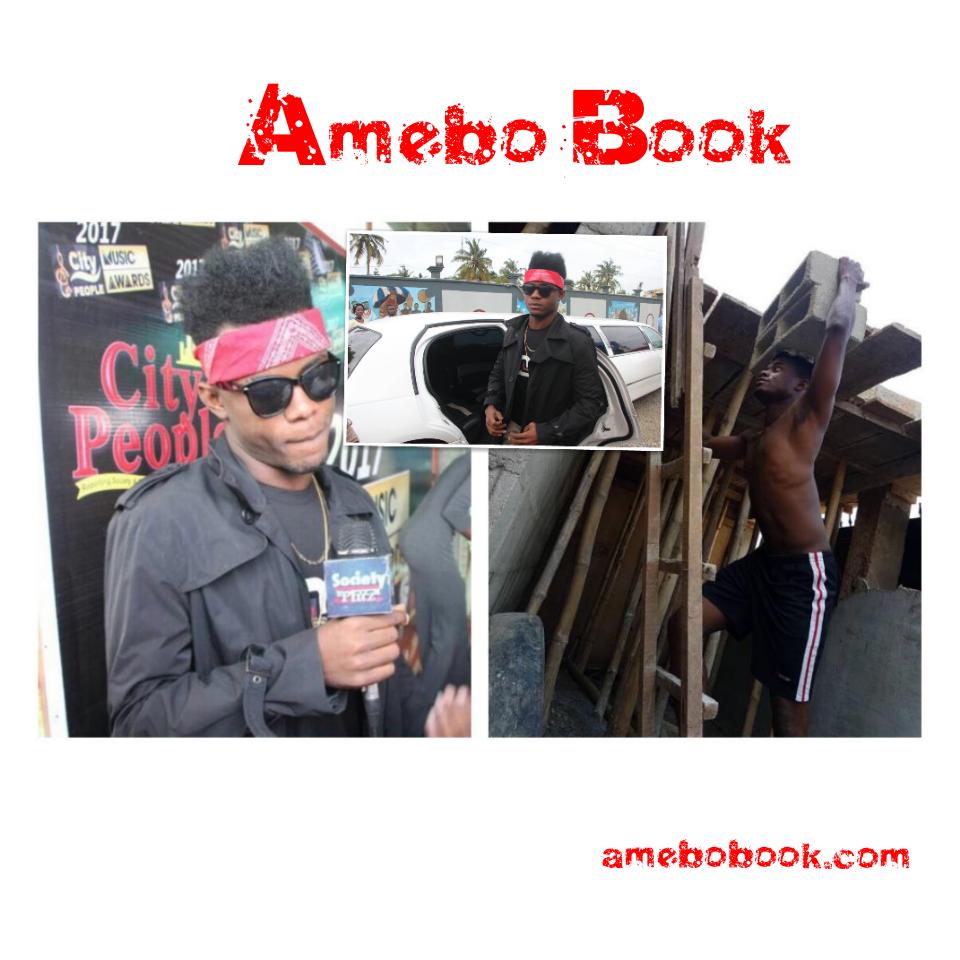 Giving Up His Day Job? Weflo Spotted As A Bricklayer

Wonders they say shall never end! Weflo spotted as a bricklayer?! The Nigerian artiste took the City People Awards last month by storm after he landed in a limousine. Then, the internet was on fire questioning where and how the young lad made that much money. Yes, the ride may have been hired but tongues still wagged.

Anyway, only hours ago, the musician, Weflo, was spotted alongside other bricklayers hustling really hard.

See the photos below.

Amebo Book readers, is this a case of false identity, humility or just false living? Someone been trying hard to make extra cash for the next limousine ride or, it’s on set a music video?

READ ALSO:   #BBNaija: So Tobi Bakre Got Into University of Lagos Aged 14 And Graduated When He Was 18? Someone Confirm This

Exposed! Weflo Spotted As A Bricklayer

Gucci Lover Hushpuppi Wants You To Stay Focused, Says "When Your Blessings Are Getting Closer, Your Attacks Becomes Greater"