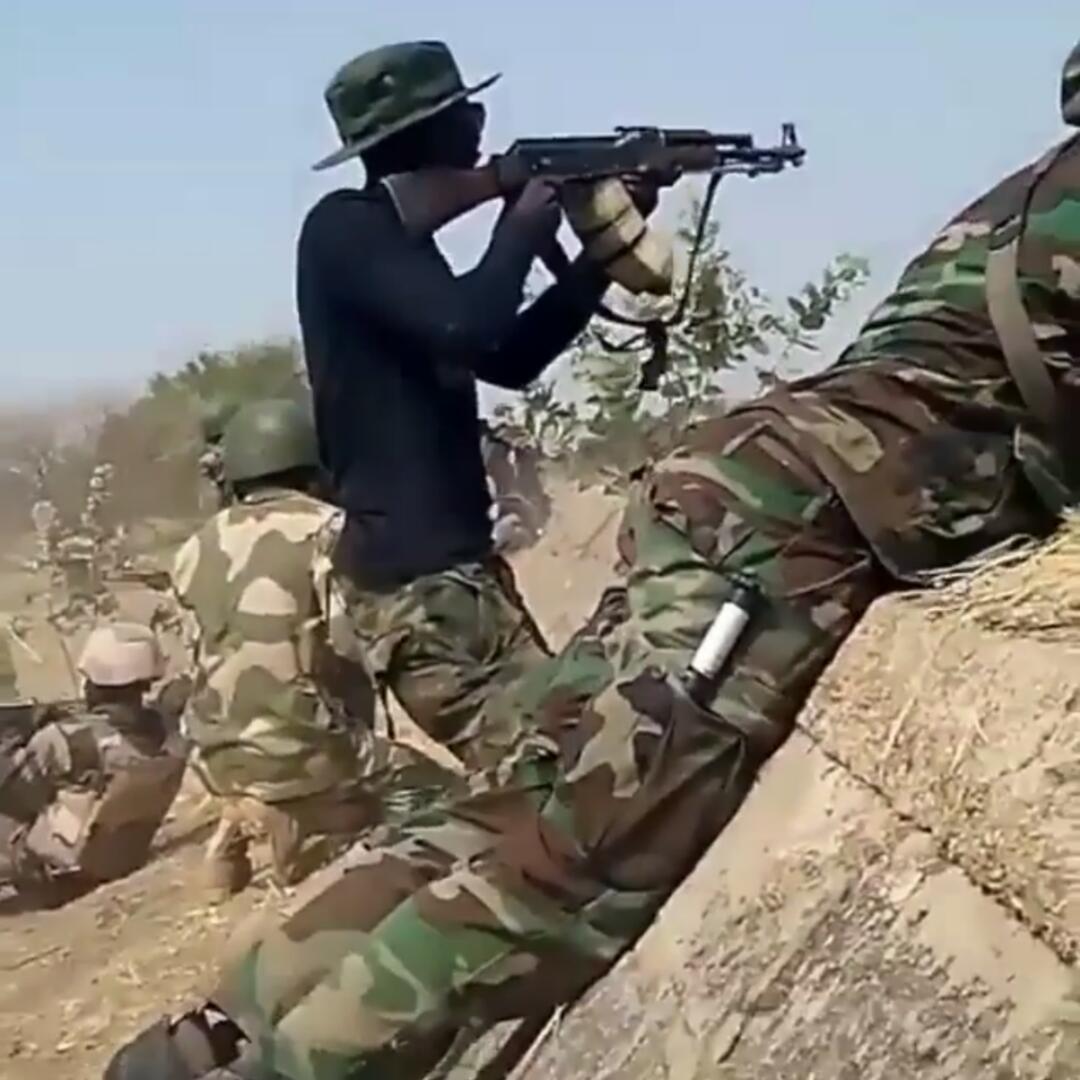 Many people don’t realize the efforts being put by the Nigerian army to flush out the terror group, Boko Haram. Well, the army filmed one of its gunfights against the terrorists and you will see quite clearly, these soldiers can fight. The hostiles were even exchanging fire from all corners round about the Nigerian soldiers.

READ ALSO:   As An Actor, When I Am Mentally Prepared For A Job I Kill It - Nollywood Actor Ray Emodi Brags

In the viral video, you’ll hear the troops saying:

“No, he never die! He never die!” Another replies him as a Boko Haram fighter is clearly marked for death.

“Ok, under that tree…under that tree. Ok see am, see am!” The first soldier rogers that in affirmation that the target was still alive. In a fight like this, one tactical blunder could cost lives.

See the video below.

Grandma Or Lover: This Photo Of Young Man Kissing Elderly Woman Is Shocking!

‘We die in Aleppo, you die here’ – Russian Ambassador Shot Dead In Ankara