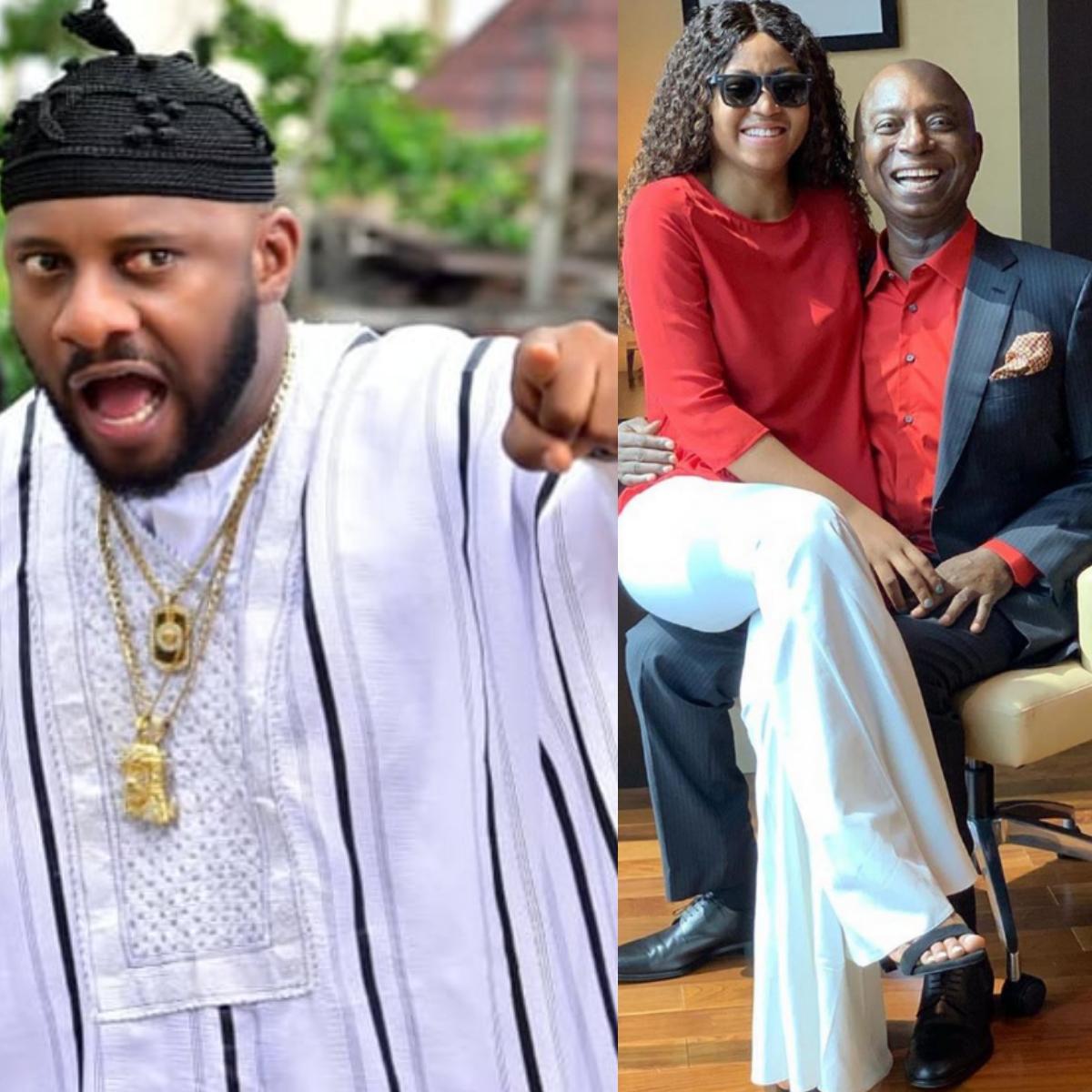 Many have refused to accept that the Nollywood actress is married to Ned Nwoko and probably loving every minute of it. It’s so bad that anyone who supports their union, has been put on blast sometimes, in a crude way. Even her mother has been called “ashawo”. This time, Yul Edochie has been cursed for using Regina and her husband as his “Picture of the day”. Not done, the actor added “May this happiness never seize in your lives”. All hell was let loose when his followers read this.

One fan blasted, “Oga thank God u have a daughter, may it be reciprocated”.

Another wrote, “Hmmm Big bro, We all look up to you as a role model and you and I know even they say everybody is entitled to their opinion, Your kind need to checkmate their opinion before airing it because of your status as a public figure. We are disappoint at u that u endorse this kind of marriage. Don’t support what u won’t encourage ur daughters or sisters to do thank U”.

An Instagrammer commented, “t’s a shame you posted and supported such rubbish as a person that is supposed yo be a role model to people like Regina. If this was how you wanted to run your state as a governor then shame on you mr. Ishhhh because she’s not your relative you posted and supported suicide mission. So much fakeness and careless on people who claim to be leaders. Shameless. ”

READ ALSO:   "I Killed The Lizard And My Own Brother Died Instantly" — Nigerian Man Reveals [Photos]

One other commenter joined those cursing Edochie, “May your daughter marry your grandfather’s mate”.

Picture of the day for me. May this happiness never seize in your lives. Wish you both the very best. @regina.daniels @princenednwoko

“Amen and may ur daughter marry this kind man in Jesus name AMEN, ” this commenter added.

“Since you are happy that this small girl married her granfather your daughter will marry an old man amen,” a follower said.

There were those that believed the Nollywood star married for money and not love, “Oga no happiness there na just money happiness, if this man was broke this girl would not dear allow old man like this to kiss her self not to even talk of to marry him.”

There was another IG commenter who thinks celebs were all laughing at Regina Daniels behind closed doors, “All dx celebrities…. Pretenders….u pipo will b typing and laughing behind….rubish”.

Sometime back, fans noticed Regina was dropping weight but some say she’s looking older than her age.

“Regina is already looking 35 I now believe what I used to hear about intimacy with older persons,” a follower observed.