Nigerians Troll Hushpuppi After He Underwent Surgery — One Mocked, “Did You Replace Your Nose With Gucci Leather” 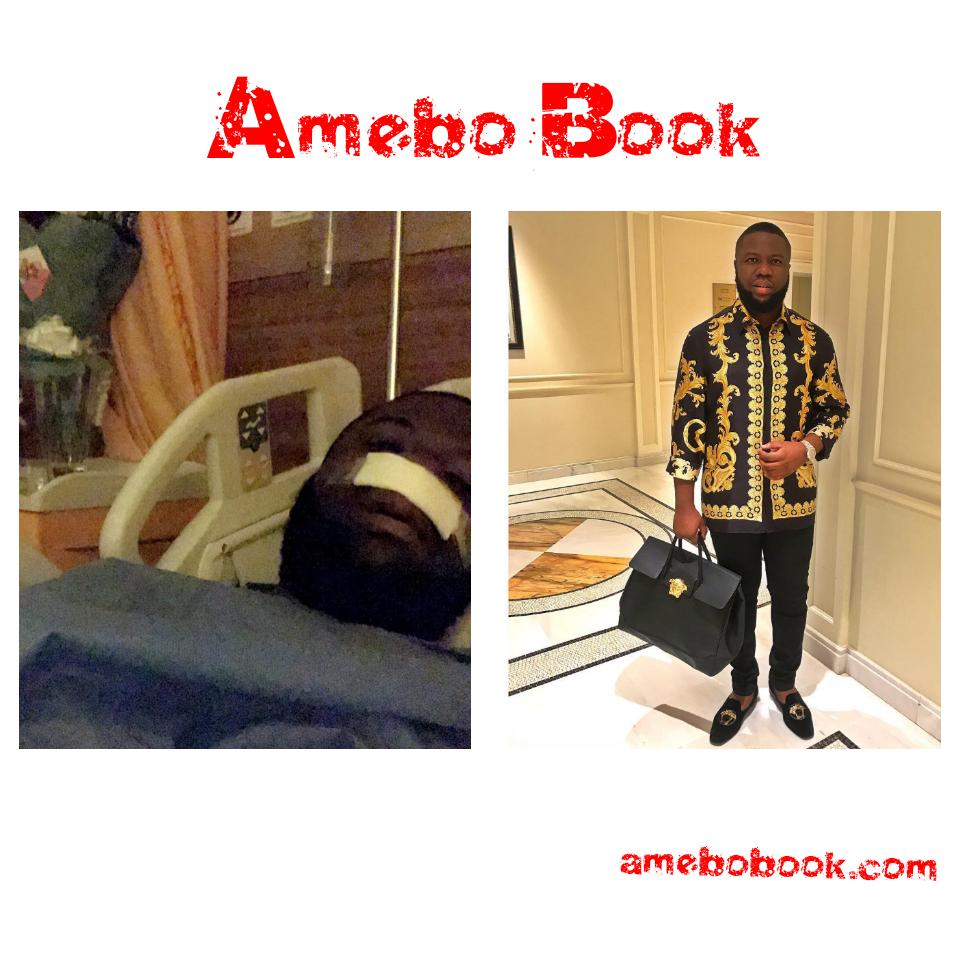 Nigerians Troll Hushpuppi After He Underwent Surgery, Read What They Wrote!

It appears as though it’s the Gucci lover against the world as friends and family threaten to consume him via the social media means he used to achieve fame. This time, Nigerians troll Hushpuppi after he underwent surgery. His nose was visibly plastered.

He shared a photo on Instagram of himself on the bed after the two hour surgery. He captioned:

He also shared another on Snapchat:

“After over 2 hours under the knife, it was a success at the end. Thank you God”.

However, rather than feel happy that Hushpuppi was ok and perhaps, give him some love, Nigerians mocked him. It’s unclear what surgery the Gucci lover underwent but Nigerians trolled saying it was nose surgery.

Another hilariously fired on Instagram, “I hope the surgery was done in Dubai Mall”.

One user, identified as Seun, was quite cheeky in asking, “Did you get a nose job?”

Another person wrote, “Did you replace your nose with Gucci Leather”.

Not wanting to be left out, Jesseblaq quizzed, “So you had this in view and you engaged yourself in vain things all over social media? Thank God for a successful surgery and get well quick.”

READ ALSO:   Test Yourself: Guess Who This A- list Nollywood Actress Is?

Stephen was quite funny. He hilariously added, “U still get hand dey snap….but honestly people…must we really update our private lives on social media?I find it very difficult to upload pictures 🙄🙄🙄uncle ray get well soon”.

READ ALSO:   Hushpuppi Mocks His Haters While Boarding A Private Jet, Says "For Somebody Who Is Broke, I Spend Quite A Lot Of Money. For Someone Who's Living A Fake Life, I Think I Have An Amazing Life

Nigerian Celebrity News: Hushpuppi Is Living His Best Life Chilling On A Private Jet, Says He Can Relate To Song In Background [Video]