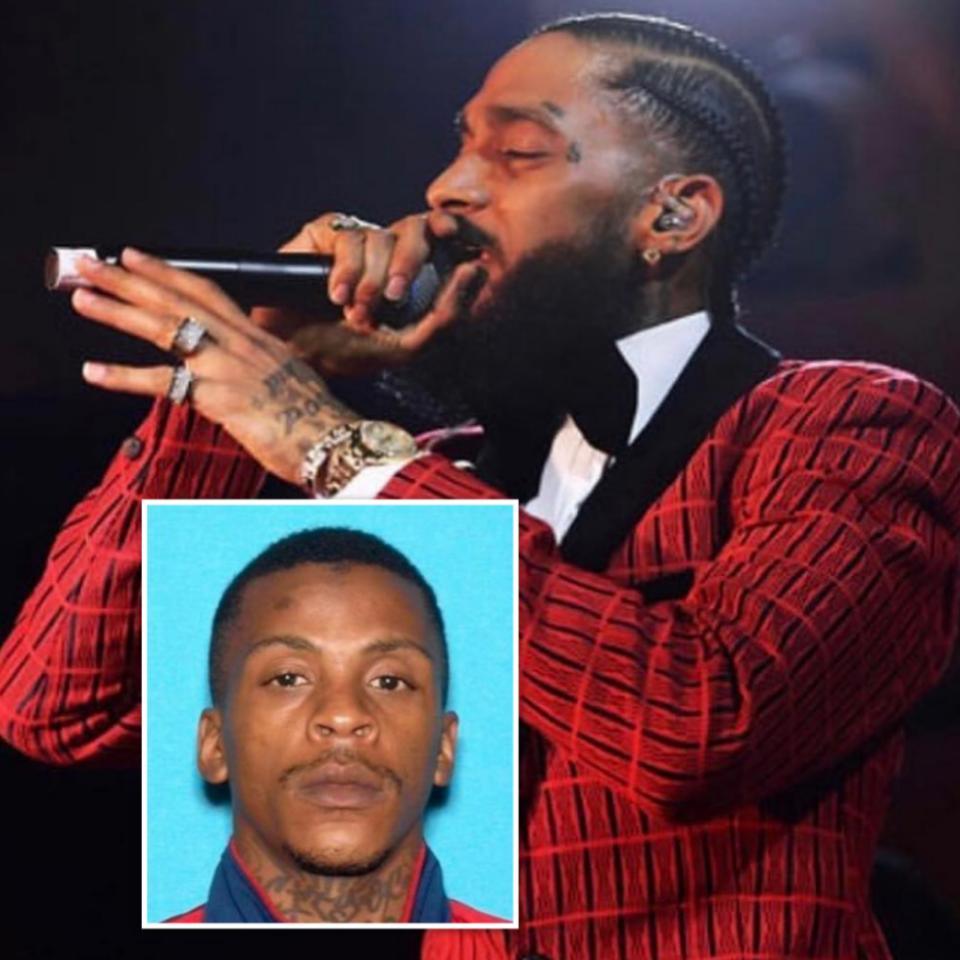 The suspect in the fatal shooting of Nipsey Hussle, was officially charged on Thursday, April 4. The L.A. County District Attorney charged Eric Holder, 29, with one count of murder, two counts of attempted murder, and one count of possession of a firearm by a felon. Prosecutors have recommended Holder’s bail be set at $5 million and he could face between 25 years to life in prison if convicted.

The attempted murder charges is as a result of alleged shootings of the two other victims, Kerry Lathan and Shermi Cervabta Villanueva. Following a city-wide manhunt, Holder was taken into custody on Tuesday. The LAPD said the suspect approached Hussle outside of his Marathon Clothing store before fatally shooting him and injuring two others. It’s understood Nipsey was at his store to help out Kerry who had spent the last 20 years in jail. The American rapper with hits like “Double Up” and “Last Time That I Checc’d” wanted to help his friend with with some new clothes. Shermi who was Kerry’s nephew, had driven him to meet with Nipsey, according to TMZ.

Eric Holder, the suspected killer of Nipsey Hussle, has been arrested and is in police custody. Thank you to both our community for the heightened awareness/vigilance, and our partners at @LASDHQ. pic.twitter.com/0zujy89Yfm

Holder is in solitary confinement at a Los Angeles jail. The police think he could be a target and he will be kept from anyone who might want to seek revenge after he killed Hussle.

Chris Darden who was part of the prosecution team during the O.J. Simpson murder trial in the mid-1990s, is representing Eric Holder.

READ ALSO:   Entertainment News Today Headlines: Lauren London Pays Emotional Tribute To Nipsey Hussle On What Would Have Been His 34th Birthday

Cardi B Celebrates BBMA Nomination: "I Feel Like That B*tch Right Now"