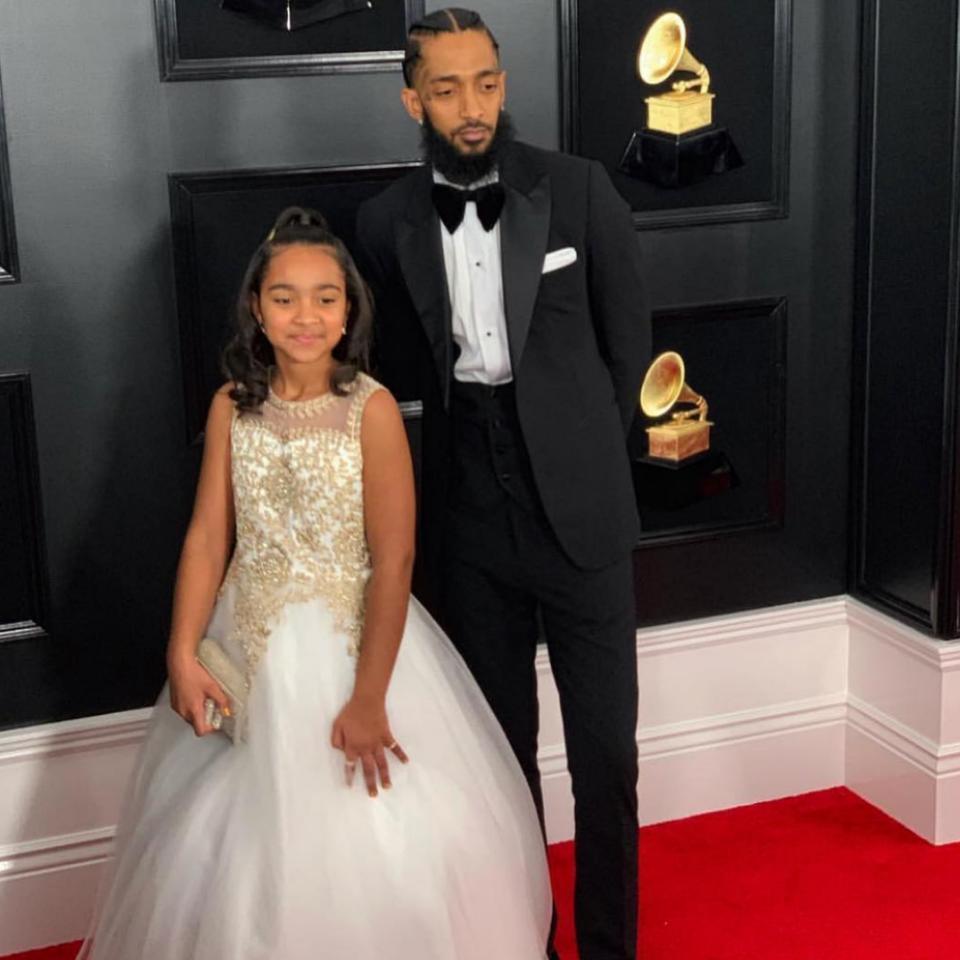 Her biological mother, Tanisha, got all emotional and broke down in tears when she saw her daughter during the emotional court hearing after not seeing her in months. The judge even cleared the room for 20 minutes so that Tanisha and Emani could spend time together. At the end, the hearing was postponed until Friday when a decision will be made regarding custody and finances.

Smith filed legal documents asking for guardianship of Emani last month. She was of the belief that Tanisha isn’t capable of taking care of the child. Prior to his death, Hussle was Emani’s primary caretaker. Despite this, Smith says she assisted in caring for Emani throughout her life and wants “to ensure the continued stability for Emani and ensure that she will be able to maintain her current and ongoing relationship” with Nipsey’s family.

Smith paid tribute to her brother and promised to take care of his family including Emani following the death of the rapper.

“You’ve taught me so much. You hold me down through everything,” she wrote on Instagram. “I got Lauren. I got Emani. I got Kross. I got Sam, he is my responsibility now.”

READ ALSO:   Burna Boy Releases Much Anticipated Album Twice As Tall, Explains Why Artwork Has No Title On It

You are my heart. You are my strength my wisdom my joy my balance. You are my Superhero. Invincible to me. I feel so safe with you. I feel so covered and protected. Imperfections do not exist with you because you are flawless. I need you I need you please let me hold you again. You are my baby. To the world you are the strongest man and to me you are the most vulnerable innocent child. Your heart is pure they don’t know you like we know you. Your love is expansive. Talk to me again. You’ve taught me so much. You hold me down through everything. I got Lauren. I got Emani. I got Kross. I got Sam, he is my responsibility now. He is my big little brother. I got mommy and Granny and Pop. You gave me so many tools. You gave me so much insight. We will talk every second of everyday and I am here to carry out your vision. Ermias God Will Rise. I love you forever and I will cry forever. You are my lifeline as long as I am here you are too.

Nollywood News Today's Headlines: Mercy Johnson Wishes Her "Shy Husband" Happy Birthday: "I Have Seen The Worst Of You And The Best Of You