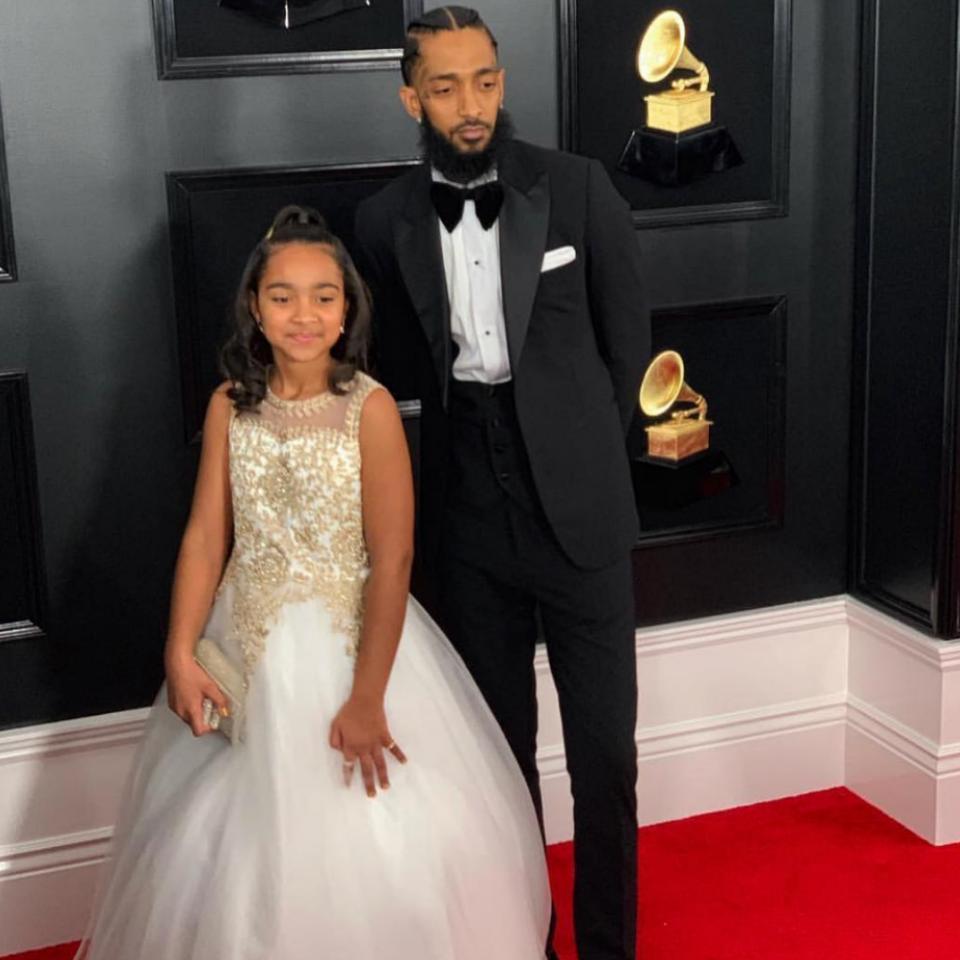 Nipsey Hussle’s sister recently filed court documents to fast track temporary guardianship of the rapper’s 10-year-old daughter, Emani that he shares with a certain lady named Tanisha. It’s understood the late rapper’s sister has the backing of the “Double Up” rapper’s brother Samiel Asghedom, also known as Blacc Sam. He has submitted documents in support of his sister gaining guardianship of Emani. A judge had denied the request citing that there was no “urgency demonstrated for granting” the guardianship before the hearing on May 14.

READ ALSO:   Jasmine Rain Dunbar: Body Of 21-Year-Old Single Mother Discovered After Being Set On Fire By Ex-boyfriend Because He Didn't Want To Take Paternity Test

Samantha believes strongly that Tanisha isn’t able to offer a stable home environment for Emani, especially as the sole parent now that Nipsey has passed away. Even though much of the paperwork is heavily redacted, the family is hoping that Sam’s assistance will cause the judge favour them.

Smith’s initial documents for guardianship stated that she has  “always been a presence in Emani’s life and along with the rest of Emani’s paternal family has assisted in her care.”

It’s gathered that Nipsey’s sister wants the legal rights to make decisions for the 10-year-old and she’d like “to ensure that she can continue to live with family members with whom she has always had close ties.”

So far, Tanisha hasn’t responded to the requests for guardianship publicly.