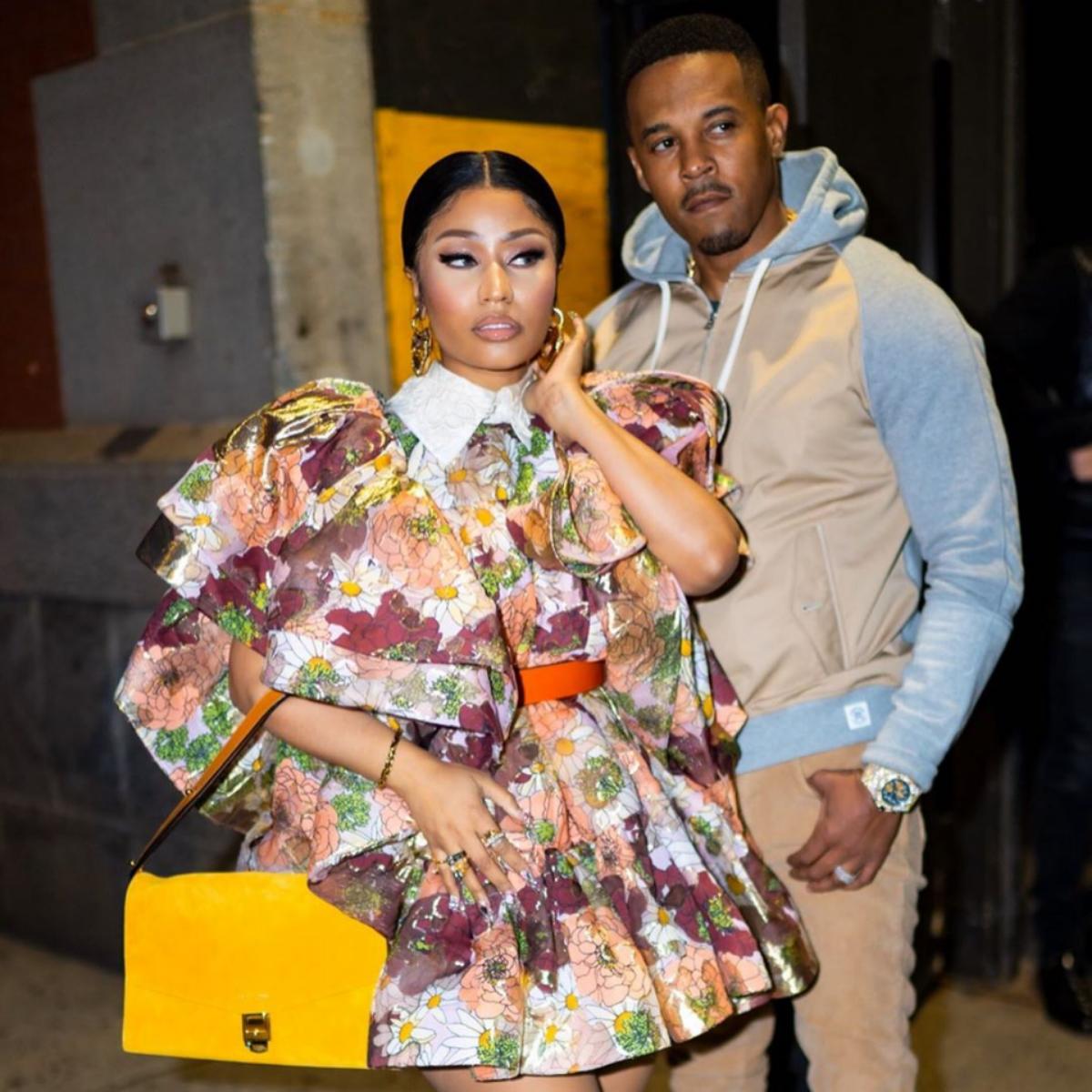 Onika Tanya Maraj-Petty popularly known as Nicki Minaj has dropped major hints that she pregnant. The rapper sparked major speculation of her condition after replying to fan questions about morning sickness.

Minaj got married to her boyfriend Kenneth Petty in October 2019 after nearly a year of dating. While answering questions as she promoted her remix of Doja Cat’s Say So, she addressed rumours that she’s expecting with one fan asking, ‘Are you pregnant? the barbs said you whispered it on the #SaySoRMX.’

The rapper replied, “There are def a few hidden messages in the remix. Only my best babies will unlock the secrets.’

Another inquisitive follower then asked, ‘Are you also throwing up in morning and having to go to the bathroom a lot?’

READ ALSO:   Cardi B Strips Down, Speaks Candidly About Her Pu#*y At The Billboard Music Awards 2019 Red Carpet

The “Barbie Dreams” rapper wrote, ‘Lmao. No throwing up. But nausea and peeing non stop. Omg what do u think this means guys????  Lmaooooooooooo.’

When asked by a fan to post her baby bump photos, Nicki responded, ‘Yea in a couple months. The world ain’t ready yet.’

READ ALSO:   Nicki Minaj And Drake No Longer Follow Each Other On Instagram Because Of Meek Mill?

Nicki further spiced up things by suggesting she was having pregnancy cravings writing, ‘Been rlly having red meat cravings then salad cravings with extra jalapeños.’