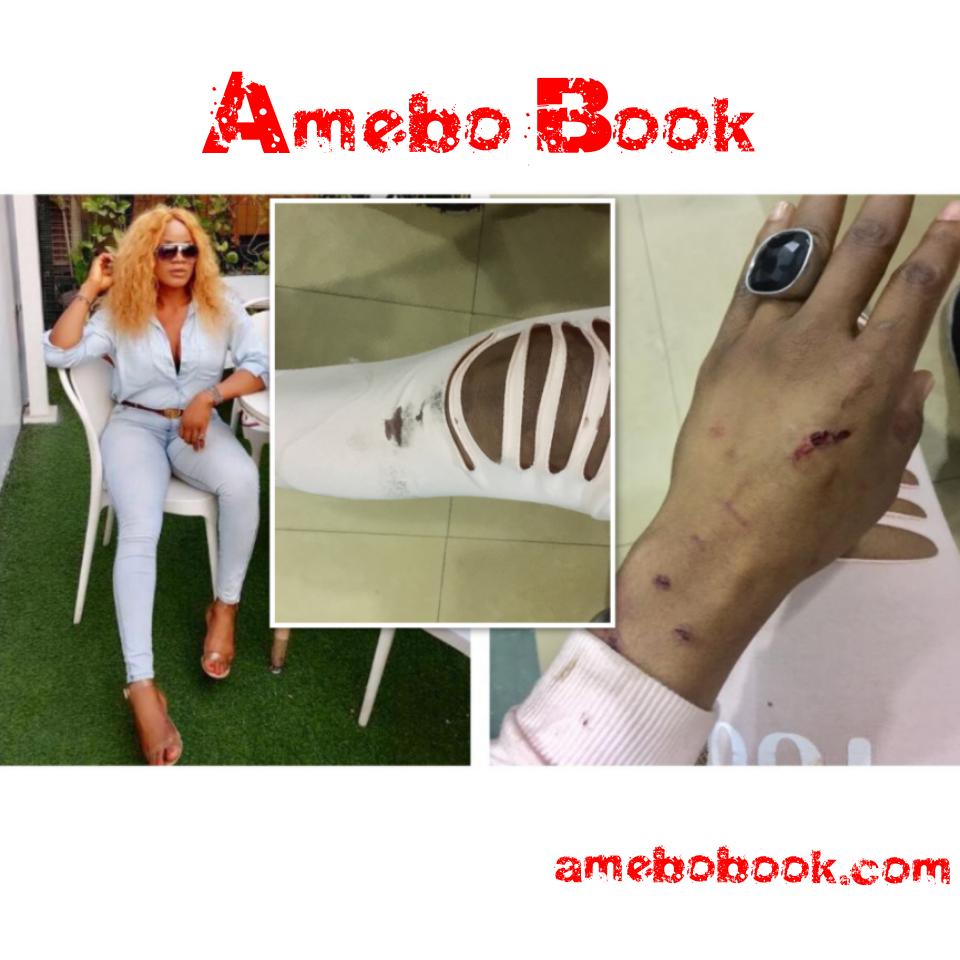 Tearful Uche Ogbodo Assaulted By Man Who Hit Her Car

Still in tears, Uche Ogbodo took to her Instagram page to narrate how she was assaulted by a man who hit her car.

“I Am still in Tears 😭😭😭 and Don’t know how to Start Telling The Story of how I was assaulted yesterday Evening at about 5:30pm .. After I left the Disabled home where I went to Share Love and Hope, I drove straight from Ikotun which is almost 3 or 4 hours to the island where I Stay, on getting to the Lekki Toll gate (by oriental hotel) tired and exhausted, the next thing I noticed A Car has impacted with my Car., out of shock I didn’t know what to do, I sat down for almost 30 seconds thinking of how this driver could drive like that. Before I could come out of my car the driver was already out, shouting saying I bashed his car , I was confused and surprised as well that a man that ran into Me could be shouting at me, trying to intimidate me and making me feel everything was my fault. I went round to the accident side to check the damage the impact made on my car, I saw my light was off and was on the floor and my bumper was pulled off., I looked at his, There was no evident damage to his car. I went mad with Rage, i said to him “Oga we have to wait here till the Police patrol comes to ascertain who was at fault” but the man said “ Get out of my way you Harlot”, he made to enter his car to flee the scene and I grabbed him, you bashed my car and you are calling me names and at the same time wanting to flee the scene. I held firmly to his shirt since that was the only thing I could do as a woman at that time, but the man entered his Car, started the ignition and driving with me holding on to his shirt, his back tire even Climbed my Feet, thank God I was wearing a Boot that protected me from Getting hurt. And as he was driving away he was winding up his glass squeezing my hands to the door panel, I managed to pull of my hands. And I went thru the back Window to stop him and he started winding up again, squeezing my hands I was forced to pull off my hands from the Window before he cuts it , in the process the back glass broke and I feel to the floor. Before I could get up, the guy stopped his car ,ran to my own car and Took My bag, My phones I ran after him to collect my bag, this man held my hands and stabbed me Multiple Times with his Keys 🔑.”

“Verse 2…..
Eventually the police Came and the Man Changed the story and Said he was a military man too that I tried to assault him. Lied blatantly and tried to frame me! This case is now at the police station right now, and from the way the police people are sounding I’m not sure I’m gonna get justice for Assault meted on me. After laying my Complaints They held my Car and said I can’t drive home with my Car and some of them telling me I was lucky that the man is not violent enough, if not I would have been killed and nothing will happen. So I want to Ask Well meaning Nigerians . 1, Why I’m hated So Much for being A Celebrity, are celebrities not humans too? Why nobody’s came forth to settle the hassle when it started out of 500 people that were at the toll gate at the point! They were busy screaming “ it’s that Actress, it’s that Actress, “😭😭😭😭 they watched me being assaulted and only took pics and filmed me for Fun! Am I in the worst profession? My heart is broken , For Myself and My Young Baby who is equally In this Country Nigeria where there is no Hope and no Law to protect Women. Why am I even Here! This Country is full of Hate and Jealousy! Not A Favorable Place For Women , when it’s A Men Dominated Society where, when a Woman is Assaulted and killed , it’s becomes a Norm! 😭😭😭 We must Speak Up For Justice! WE NEED A CHANGE!”

READ ALSO:   Headlines Today Breaking News: Cordova Woman Arrested After She Tries To Run Husband Over To His Death After Confronting Him At Work About Another Woman

Nollywood’s Uche Ogbodo Assaulted By Man Who Hit Her Car