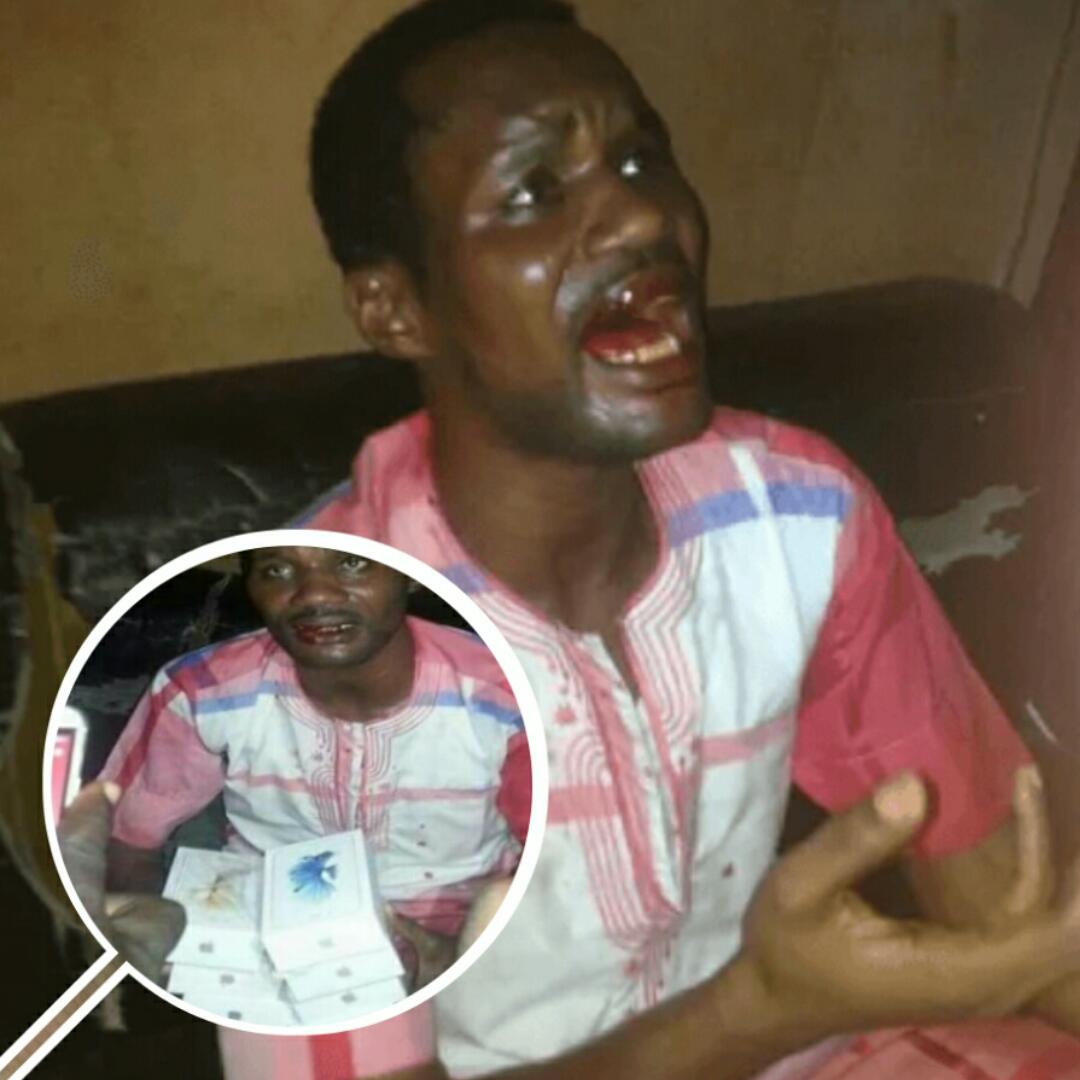 Seun Egbegbe has responded to claims that he stole phones from Computer Village. Only yesterday, the Nollywood producer was reported to have been beaten thoroughly after he allegedly used juju on a sales girl and eloped with 7 iPhone 6s and two iPhone 7 phones from Computer Village, Lagos. There were even photos of Seun with swollen and bloody face. It was also reported that the producer was even locked up at Area F in Ikeja.

Despite evidence being hugely against Seun, he’s released an official statement addressing the issue. Read below:

“My attention has been drawn to an online publication of the aforementioned. The story is pretty laughable and better left in the court of public opinion. Ordinarily, 1 do not want to join issues with the writer of the publication but I have a responsibility to set the records straight for my fans, friends and foes , in the defence of the truth.

“To say the least, the news did not only grossly misinform unsuspecting public; it also portrays traces of campaign of calumny by some mercenary hirelings hell bent in destroying my name, for reasons best known to them.

“Having read with keen interest the completely self-serving spirited attempt to destroy my person, it has become imperative and timely that a rejoinder is written to state the fact clearly.

“I want to state here categorically and emphatically that though I was at Computer Village to address some issues, but I was never arrested for stealing 10 I phone 7s, as stated by the writer of the story, the matter has since been resolved by the Nigeria Police; and the issue of me stealing phone is devilish from the said writer.

“Furthermore, It is rather unfortunate that the said writer will amount to cheap blackmail to deceive the unsuspecting public with a view of gaining cheap popularity.

“It is germane to note that I am a charitable, humane, and grass root person, who has exhibited selflessness in communal service, which have used as a veritable tool for social development.

“Finally, I wish to inform the general public to discard the report. I am presently at home relaxing!”