Married Man Has Been Arrested After He Fingered And Harassed A 12-Year-Old Girl For Sex, Paul Onobluduakpo Charged To Court

Things are really happening oh! A married man has been arrested after he fingered and harassed a 12-year-old girl for sex. The offender who has been identified as Paul Onobluduakpo, 40, from Delta state, shares the same compound with his victim who lives with her parents in the same compound in Shasha area of Akowonjo, Lagos. It’s understood that for more than a month, Jennifer endured consistent sexual harassment in the hands of the man she called Uncle Paul. While speaking to Saturday Punch, she said:

“Sometimes, he would hit me in the bottom, and I would slap his hand away. He would call me ‘my wife, my wife’ and I told him I would tell his wife. He always did that when my mother or his wife was not around.”

Desperate Paul Onobluduakpo was no longer satisfied with just hitting Jennifer’s bottom and pinching her body parts, he went a step further one day she was dressing up to go to church.

“I did not know he was at the door and watching me as I was dressing up for church. He opened the net on the door. His wife was around. So that she would think he was just playing with me, he called out to his wife and told her ‘Come and see this small girl wearing bra o’. I was angry.

“Then, his wife came to meet me and advised that I should stop wearing bra at a young age. His wife did not know what was going on. I drew the curtain to dress up again and I saw him still peeping. I then shouted ‘Leave that place’ so that his wife would hear.

“Few days after that, I was having my bath in one of the two bathrooms we share in the compound. I noticed him passing frequently, he was trying to pull the curtain on the bathroom when I shouted at him to leave the place. He left without saying anything.”

This latest sexual attack happened after Jennifer, a year one secondary school pupil, started holiday and was at home with her 10-year-old sister. Her mother was at work at the time while her father works outside Lagos. Jennifer continued:

“That day, I was in the room when he just came in and started saying, ‘Do you know I love you? He was trying to hold me and I told him I would shout. I told him to go and love his wife and children.

“He said, ‘You are my wife too’ and I said ‘God forbid.’ He suddenly grabbed me and put his finger inside my pant and I ran out of the room. When he heard my sister’s footstep, he walked away to his room.

“I reported all these incidents to my mother and she said anytime he attempted to touch me again, I should shout and run outside and tell anybody around the house what he did so that I would have a witness.”

According to Jennifer’s mother, she wanted Paul to be caught red-handed so she did not confront him when her daughter reported the consistent harassment she had been suffering. Few days later, the sexual predator was at it again. Jennifer was playing with her siblings in the compound when Onobluduakpo again smacked her bottom. She then went straight to report to one of their neighbours and went inside. She said:

“As I was entering our apartment, he followed me and I slammed the door again against him before he could enter. He was angry.”

Immediately after Jennifer’s mother heard of Paul’s latest action, she reported the case to the Esther Child Rights Foundation.

“My daughter said that once in a while, Onobluduakpo gave her N100 just so she would not reject him when he intended to perpetrate his evil intention. I restrained myself from confronting him because I did not want him to run away. The most annoying part was that my daughter said the man also once touched the breast of her 10-year-old sister.

Onobluduakpo was eventually arrested and detained at the Shasha Police Division, Lagos on Tuesday. It’s gathered that officials of the children’s unit at the Shasha Police Division have confirmed that Paul Onobluduakpo has been charged to court. He was arraigned on Thursday at an Ogba Magistrate’s Court on charges of attempted defilement and sexual abuse.

He pleaded not guilty as the charge was read to him and granted bail in the sum of N300,000 with two sureties in like sum.

The Executive Director of Esther Child Rights Foundation, Mrs. Esther Ogwu, appreciated the police for taking the decision to prosecute Onobluduakpo immediately. However, she urged the police to sustain the prosecution by seeing it to the end in order to serve as a deterrent to other men who may seek to molest young girls.

Paul Onobluduakpo: Married Man Has Been Arrested After He Fingered And Harassed A 12-Year-Old Girl For Sex

Blac Chyna Has Launched New Line of Dolls And They Look Creepy! [Photos] 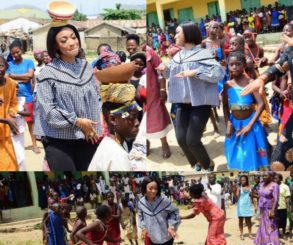 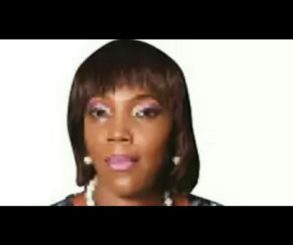 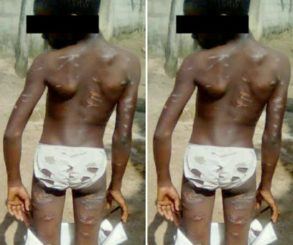 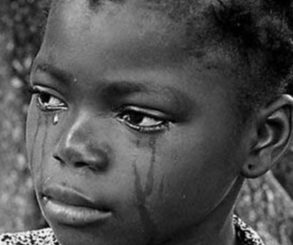 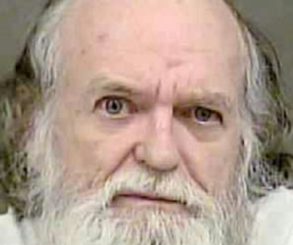