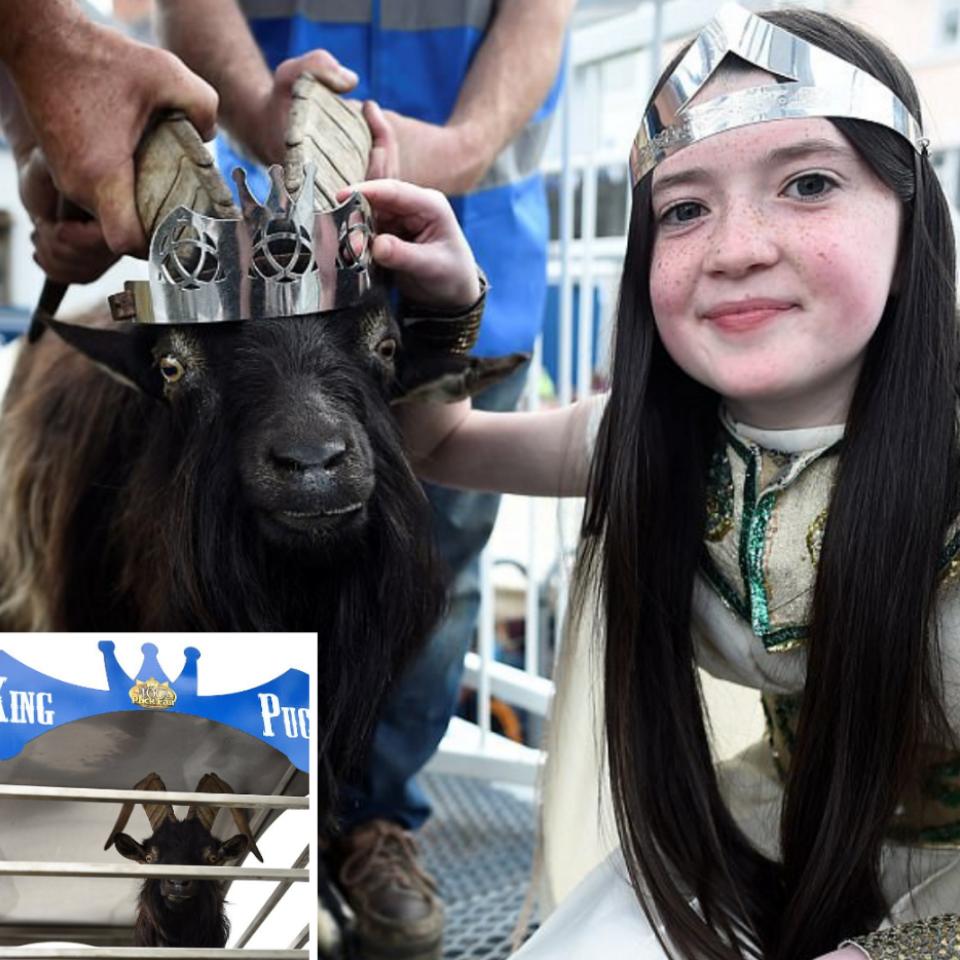 During one of its oldest festivals, Puck Fair, a goat was crowned king of small town in Ireland.

Residents of the town of Killorglin took a wild mountain goat and crowned it King Puck for the duration of the festival. On Thursday, the king goat was paraded through the town before being crowned by the Queen of Puck – a little school girl.

King Puck feasted on ash tree branches, cabbage and given water to drink during his short reign. On Saturday, the goat had a dethronement ceremony before being returned back to the mountain.

Group Urges Nigerians To Regard Sanctity Of Human Life

Bobrisky Shares Dance Video To Mock His Haters As He Parties Hard, Says "Serving them hot wetin concern me"