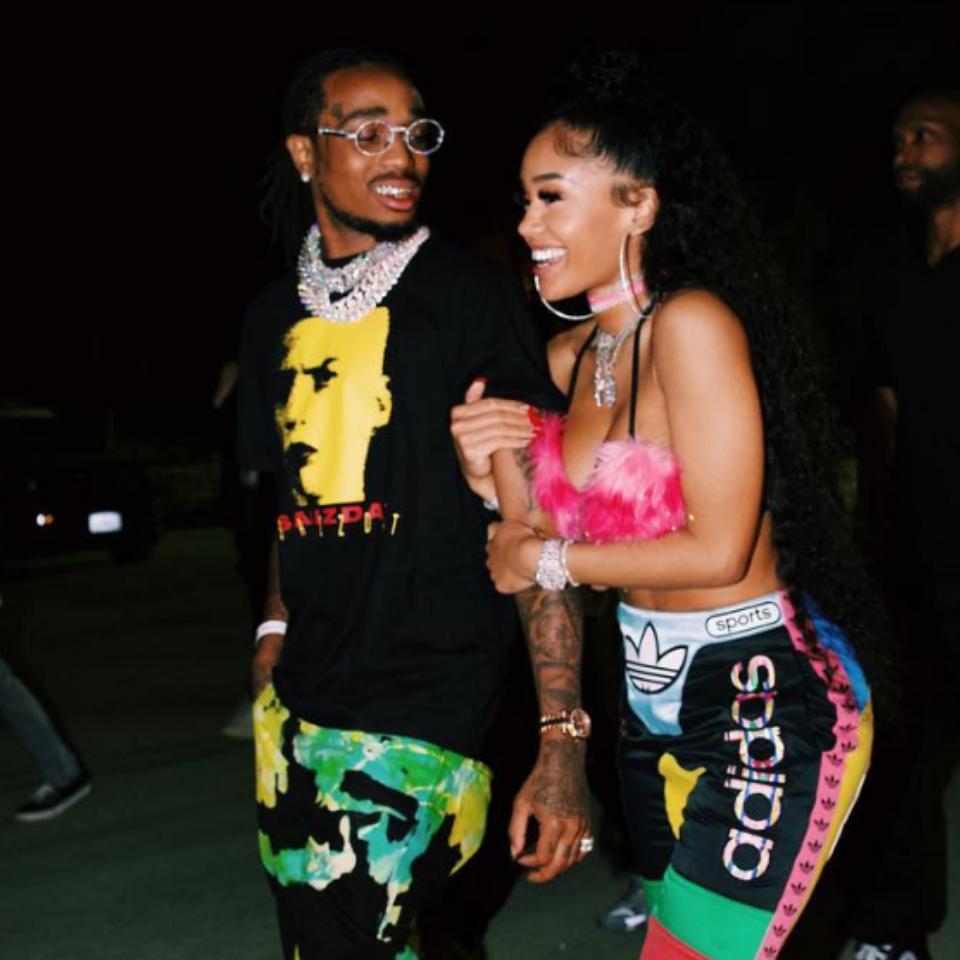 Celebrity News And Gossip: Quavo Hints At Marriage To Saweetie During Sister’s Wedding

It appears auto-tuned wedding bells could be ringing in Quavo’s near future. While attending his sister’s wedding on Saturday, he hinted that he could be the next Migos star to get married. He and his girlfriend, Saweetie, showed why they are in a lovely relationship. She even happened to catch the bouquet while Quavo ended up getting his hands on the garter. This clearly doubles the traditional prediction that the two will be the next couple to get married.

Quavo shared on his Instagram Story a clip of his girlfriend, Saweetie, catching the bouquet with the caption, “She Got It.” He then shared a video of himself putting the garter on Saweetie after dancing in celebration. He didn’t stop there. The rapper uploaded the clip to his grid, writing, “G U E S S W E N E X T,” suggesting he was getting married sooner than we may all think.

READ ALSO:   Shame On You For Saying I Was Pregnant And Just Gave Birth — Nollywood's Rosy Meurer Denies Having A Baby

Entertainment News And Gossip: Quavo Hints At Marriage To Saweetie During Sister’s Wedding