Let The Drums Roll! Ramsey Nouah Unveils The Remake Of ‘Living In Bondage’ One Of The GREATEST Movies From Nollywood 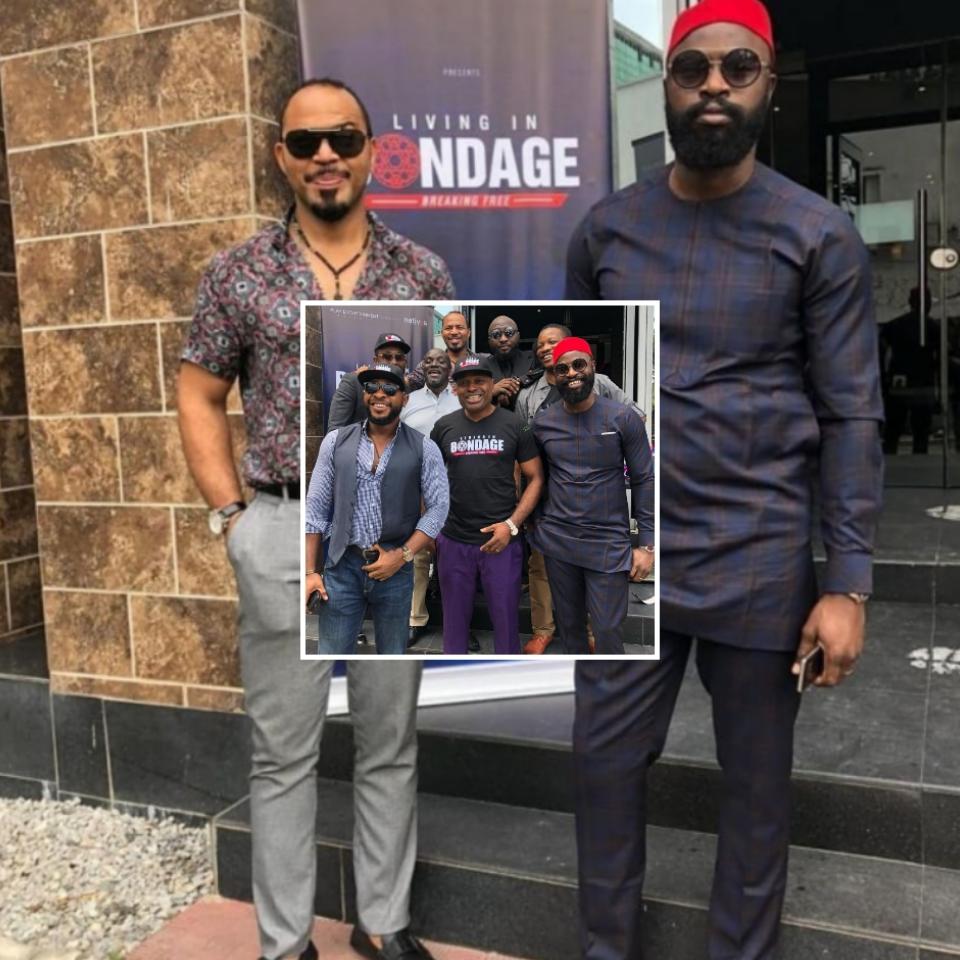 It’s almost impossible to pick out any Nigerian into Nollywood movies who hasn’t seen ‘Living In Bondage’. The good news is that the remake has been unveiled at a press conference with Ramsey Nouah sharing photos of the event.

READ ALSO:   Nollywood Actor Ramsey Nouah Was Asked Who Makes Jollof Better Between Ghanaians and Nigerians. This was His Reply

Charles Okpaleke, CEO of Play Ent. Network, bought the rights from Kenneth Nnebue, the original producer and writer of the movie. Ramsey Nouah is well documented to have explained the need for a sequel of the movie. He said:

READ ALSO:   Nollywood Stars Oge Okoye And Chizzy Alichi On Set Of The Messenger, They're Trying To Memorize Their Movie Script

“There is no way you will mention Nollywood without talking about Living in Bondage. It is the kickstarter for the industry I work in today. Its ability to appeal to everyone irrespective of their religious, cultural and social beliefs made it a huge success. The movie addressed issues that we couldn’t talk about then.”

I Had Tension When I Tried To S*duce Ramsey Nouah On Set – “He Called Me Outside And Took Out His…” – Actress Nneoma Okoro, Confesses

Nigeria Entertainment News Today Headlines: Check Out This Photo Of Ramsey Nouah In The Studio Working On Sound Design For THE LIVING IN BONDAGE SEQUEL