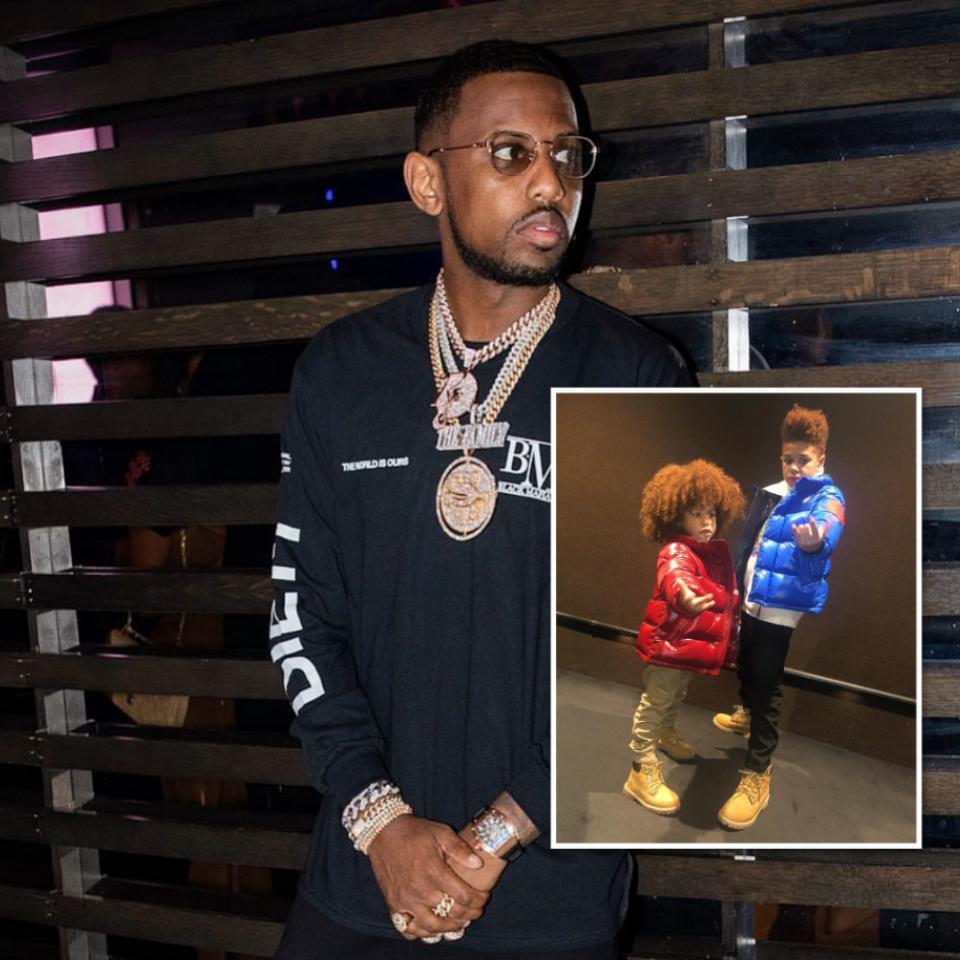 Fabolous has revealed how his elder son, Johan, is getting to the age where he wants more space to do his own thing and not have younger brother, Jonas, following him or even watching his back.

The rapper also pointed out how he observed Jonas look over at Johan while he was taking their photo. The “Can’t Let You Go” hitmaker then tried to let Johan understand his brother looks up to him and is in fact, his biggest fan. This relates to almost every family.

READ ALSO:   Entertainment News Today Headlines: Fabolous Shows Off His Hair Waves As The Hottest In The Rap Game But Fans Don't Like His Outfit, "You Were Doing Construction At The Club"

“When i took this pic i watched Jonas look over at Johan to see what pose he was doing so he could do it too. I also notice Johan’s gettin to that age where sometimes he’s tired of his Little Brother following him everywhere & having to watch out for him. But i keep telling Johan, your little brother is usually ya biggest fan, he learns so much from watching you, he thinks you’re so cool & in a lot of ways wants to follow your moves & do what you do too. So even when Johan gets annoyed i always encourage him that you’re a important figure in his life & that’s ya BRO for LIFE!! Splash Brothers #TheFamily
@mrjonasjackson @iamprincejoso
@ ya big bro/lil bro or big sis/lil sis for the love 1 time”

READ ALSO:   Snoop Dogg, Ja Rule, Fabolous Slam T-Pain For Comments Saying He Would Snitch If He Was In Tekashi 6ix9ine's Position

Fabolous’ Elder Son Is Getting Tired Of His Little Brother Following Him Everywhere, Watching His Back

Entertainment News Today Headlines: Fabolous Shows Off His Hair Waves As The Hottest In The Rap Game But Fans Don’t Like His Outfit, “You Were Doing Construction At The Club”

Fabolous Pens Strong Message Of Encouragement For Dads Across The World To Mark Father’s Day, “I Commend You & Appreciate You”