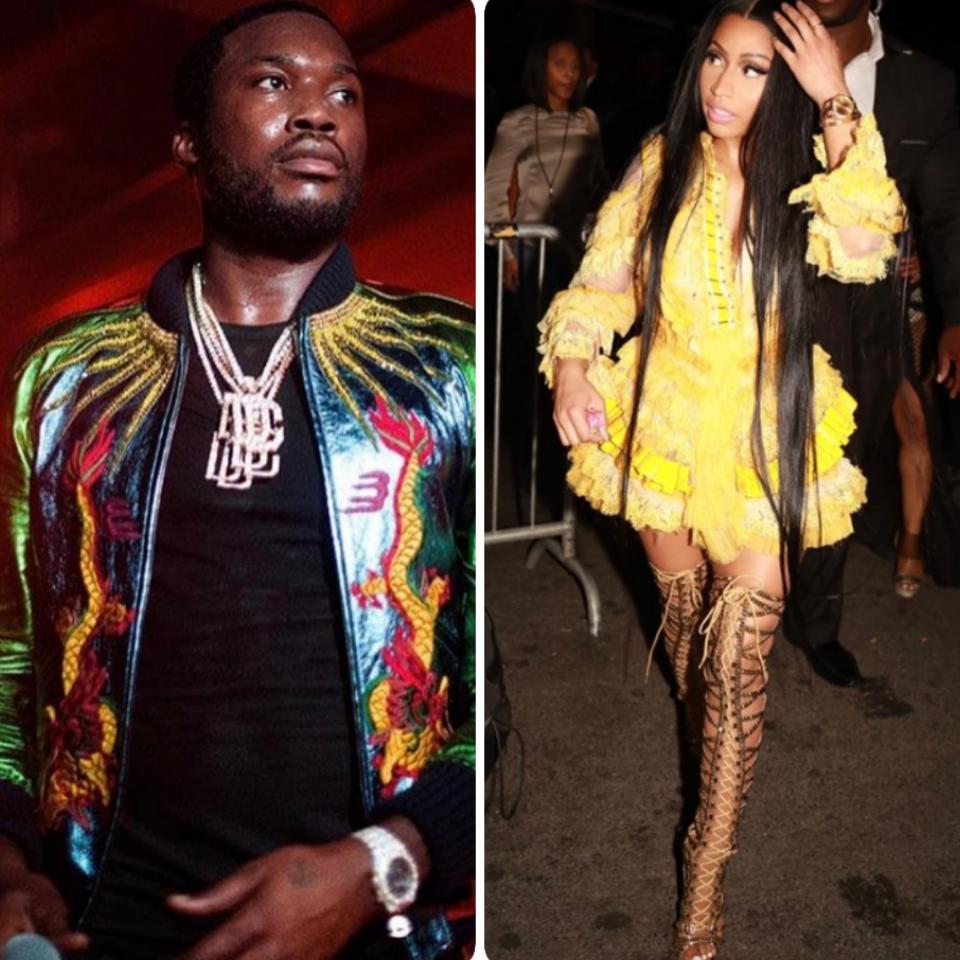 In an interview with Philadelphia Power 99 Philly radio station, Meek Mill admits split with Nicki Minaj left him heartbroken. Infact, the 30-year-old admitted breaking up with her was ‘a loss’.

Meek Mill while speaking about his new album, aptly titled Wins and Losses, revealed that getting with Nicki Minaj had been a life-long goal.

‘It was a win. I got Nicki when I was… like I came up. I always wanted Nicki my whole life. I use to talk…remember I had the rap about it. I bagged that. So that was a win of course’.

Maybach Music Group’s Meek Mill was then quizzed on how he felt following their split. He replied:

‘Of course breaking up with anyone you love is a loss. Period. Game time. Want me to make up a lie or something? It’s so easy to tell the truth now.’

READ ALSO:   Fresh Outta Jail Meek Mill Says Kanye West Is Dead: "Get Arrested I Guess Until He Get The Message"

The ‘Anaconda’ rapper had confirmed their break-up in January, when she took to Twitter writing:

‘To confirm, yes I am single.

‘Focusing on my work and looking forward to sharing it with you guys really soon. Have a blessed New Year. Love u.’

Unconfirmed reports followed suggesting the duo split following a ‘bust-up’ during their Turks and Caicos holiday. TMZ had claimed Nicki dumped Meek Mill after an ‘explosive fight’ during her birthday getaway in Turks & Caicos in December.

READ ALSO:   Latest Hip Hop News And Rumors: Cardi B Denies Paving the Way for Female Rappers, But Insists She Gives Them Hope

‘She went nuts on him because he was hanging out with friends and not paying attention to her.’

Bobrisky Shared Throwback Photo Of When He Was Suffering To Mock His Haters, Says "May God punish u all who say shit about me"

“Be Original! Be cautious! Be YOU!!!” – Funke Akindele “Jenifa” Warns

“You’re A Perfect Definition Of A Strong Woman” – Lady With Framed Photo Of Destiny Etiko In Her Room, Tells Her In Praise Letter