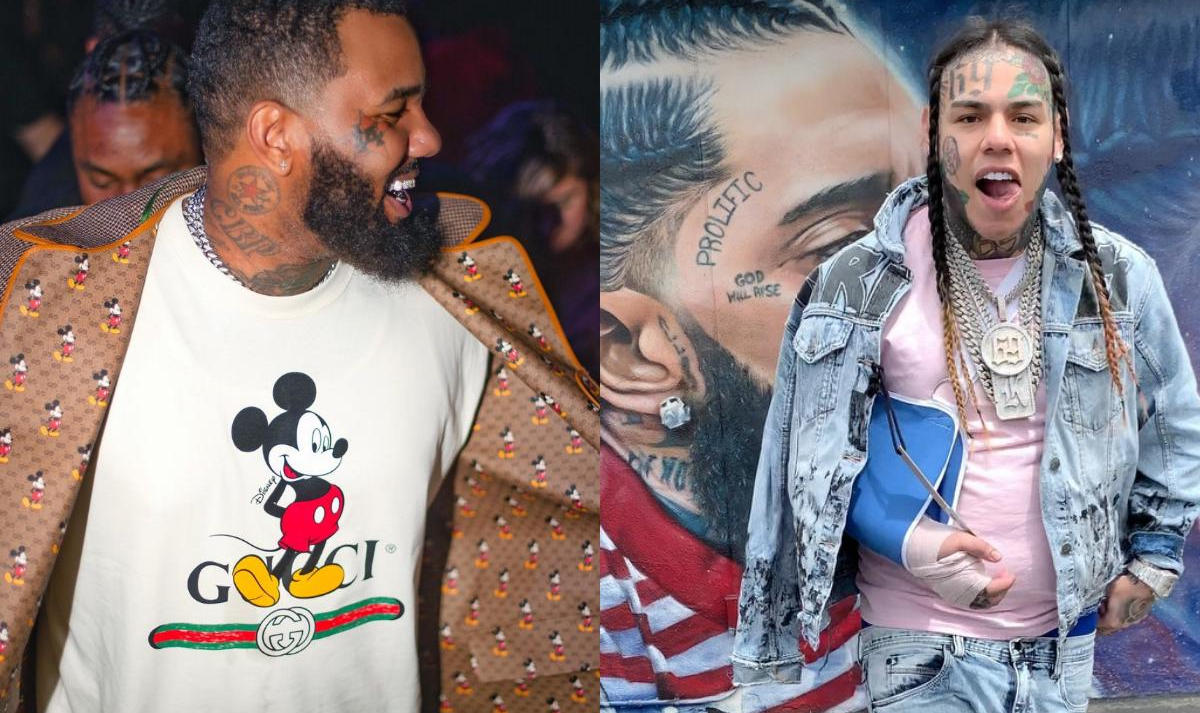 It’s no longer news that Tekashi 6ix9ine took a trip to Nipsey Hussle‘s mural to “pay his respects”. However, not many were impressed with the “snitch” visiting so they put in a call to community activist Najee Ali to do something about it. The controversial rapper wrote on Instagram:

“REST IN PEACE NISPEY ! I KNOW YOU LOOKING DOWN ON ME IM OUT HERE IN THE HOOD PAYING MY RESPECT”.

He continued while explaining, “P.S THE STORE WAS CLOSED BUT THEY PAINTED THIS ON THE SAME BLOCK”.

REST IN PEACE NISPEY ! I KNOW YOU LOOKING DOWN ON ME IM OUT HERE IN THE HOOD PAYING MY RESPECT 🌈🌈🌈🌈🌈🌈🌈🌈🌈 P.S THE STORE WAS CLOSED BUT THEY PAINTED THIS ON THE SAME BLOCK

Jayceon Terrell Taylor, popularly known as The Game, was unhappy to know that 6ix9ine was in Los Angeles.

READ ALSO:   Banky W Wishes His Mother-in-law Happy Birthday, Thanks Her For Accepting Him As A Son, PLUS Adesua Etomi's Message To Mum

Both Game and TDE’s Reason had a few things to say about it. “Disrespectful,” the rapper commented along with a rat emoji. “Keep playing.”

Reason added, “Aye bro it’s a video already out, you was there for 60 seconds for this and got escorted by police back to the car. Troll all you want but leave our legend out of it bro.”

Burna Boy Releases Much Anticipated Album Twice As Tall, Explains Why Artwork Has No Title On It