Read The Letter Barack Obama Wrote Paying Tribute To Nipsey Hussle: “His Choice To Invest In Crenshaw Is A Legacy Worthy Of Celebration” 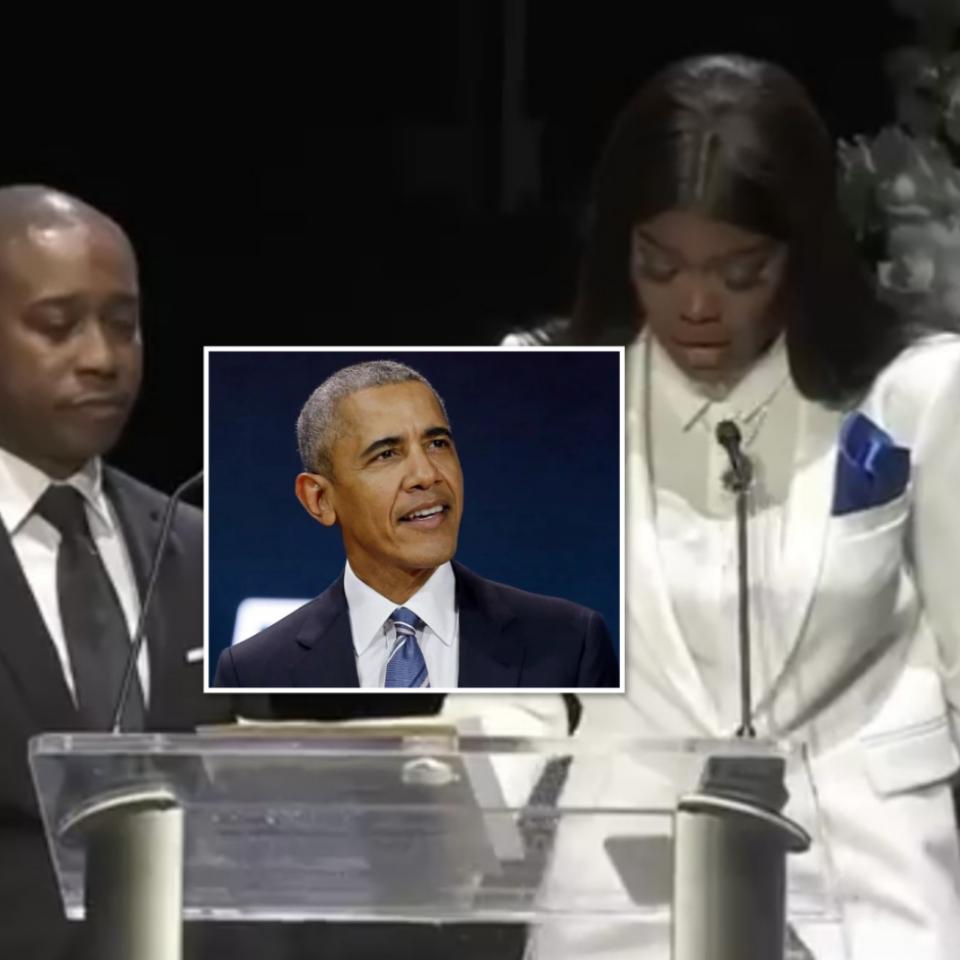 Barack Obama Wrote Paying Tribute To Nipsey Hussle: “I’d Heard Some Of His Music Through My Daughters”

Look, let’s all face it, the late rapper is larger than life and his commitment towards his community, has been recognized though tragically, Eric Holder didn’t appreciate. Just in case you don’t know, Barack Obama paid tribute to Nipsey Hussle. This was addressed to the Nipsey’s friends and family and read by his friend Karen Civil, during his memorial service in Los Angeles on Thursday. The former President of the United States started by admitting he never knew Nipsey but heard his music through his daughters.

READ ALSO:   I Got Into Politics Because Of My Desire To Impact And Improve My Community — Banky W

He then said the “Double Up” rapper “set an example for young people to follow”.

This clearly shows Hussle was on the path of even greated things before he was killed.

Read the the tribute Barack Obama wrote to the Friends and Family of Nipsey Hussle in full below.

“Dear Friends and Family of Nipsey:

I’d never met Nipsey Hussle, but I’d heard some of his music through my daughters, and after his passing, I had the chance to learn more about his transformation and his community work.

While most folks look at the Crenshaw neighborhood where he grew up and see only gangs, bullets, and despair, Nipsey saw potential. He saw hope. He saw a community that, even through its flaws, taught him to always keep going. His choice to invest in that community rather than ignore it — to build a skills training center and a coworking space in Crenshaw; to lift up the Eritrean-American community; to set an example for young people to follow — is a legacy worth of celebration. I hope his memory inspires more good work in Crenshaw and communities like it.

Michelle and I send our sympathies to Lauren, Emani, Kross, and the entire Asghedom family and to all those who loved Nipsey.

Thank you to @BarackObama for sending this letter for me to read celebrating @NipseyHussle’s life & legacy. 🏁 pic.twitter.com/qwEjjb6O9d

Lauren London Unveils Nipsey Hussle Tattoo Following Memorial Service: "When You See Me, You Will Always See Him"

Snoop Dogg Asks Tupac And Nate Dogg For Big Nipsey Hussle Favour As He Crosses Over To The Other Side: "Ah Yo Pac Lay It Out For Nip He’s The One"