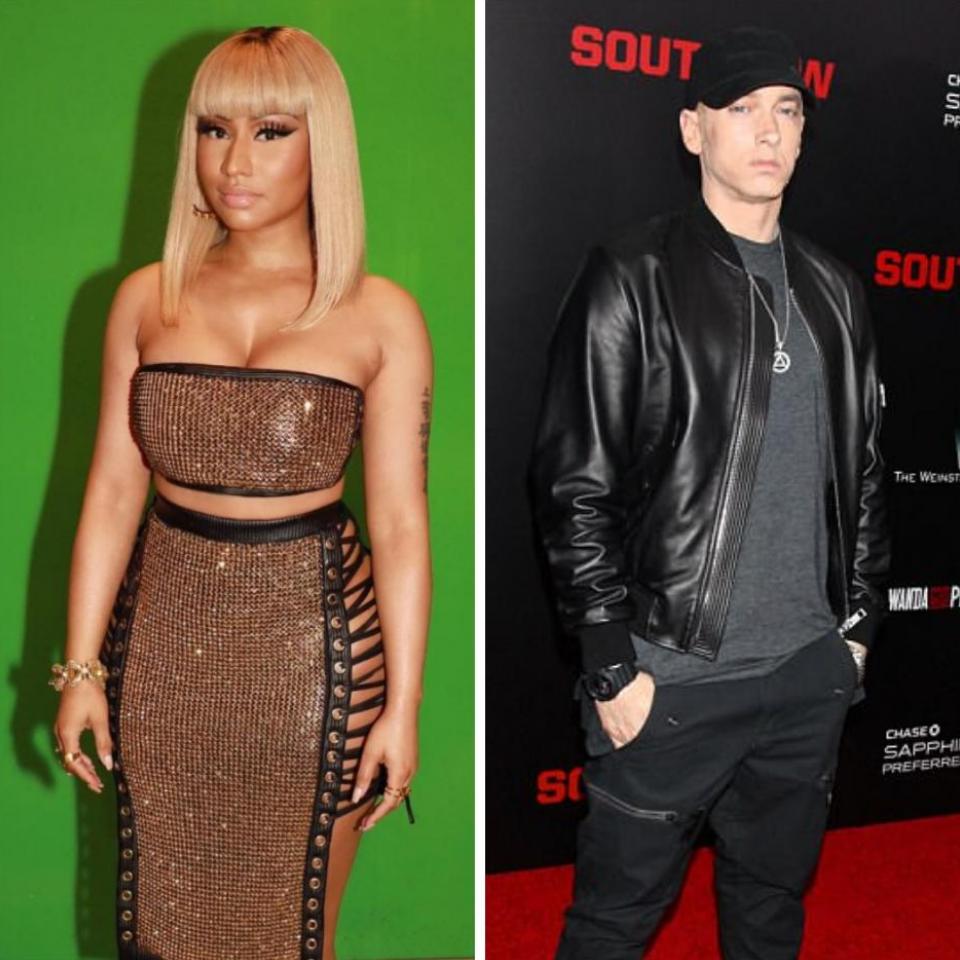 A lot of people mistook sarcasm to set the internet on fire over Nicki Minaj and Eminem dating rumours. It all started when the sexy female rapper took to Instagram to promote her new song with YG, 2 Chainz and Big Sean, “Big Bank.” In a short clip, Nicki was seen rapping along to her verse where she spits, “Told em’ I met Slim Shady, bag the M/Once he go Black, he’ll be back again.”

However, because Nicki Minaj referenced Eminem, a fan asked her if she was dating the Detroit rap icon. Nicki then replied the fan with a simple, “Yes.”

However, a source has confirmed to TMZ that it was a big joke. They were just having a little bit of fun and there’s nothing romantic between the two.

Truthfully, those that fell for this, clearly can’t take a joke. Besides, if you are used to celebrity relationships, they just don’t come out so direct from out of the blue.

Nicki Minaj And Eminem Dating Rumours: It was Just A Fat Fib!