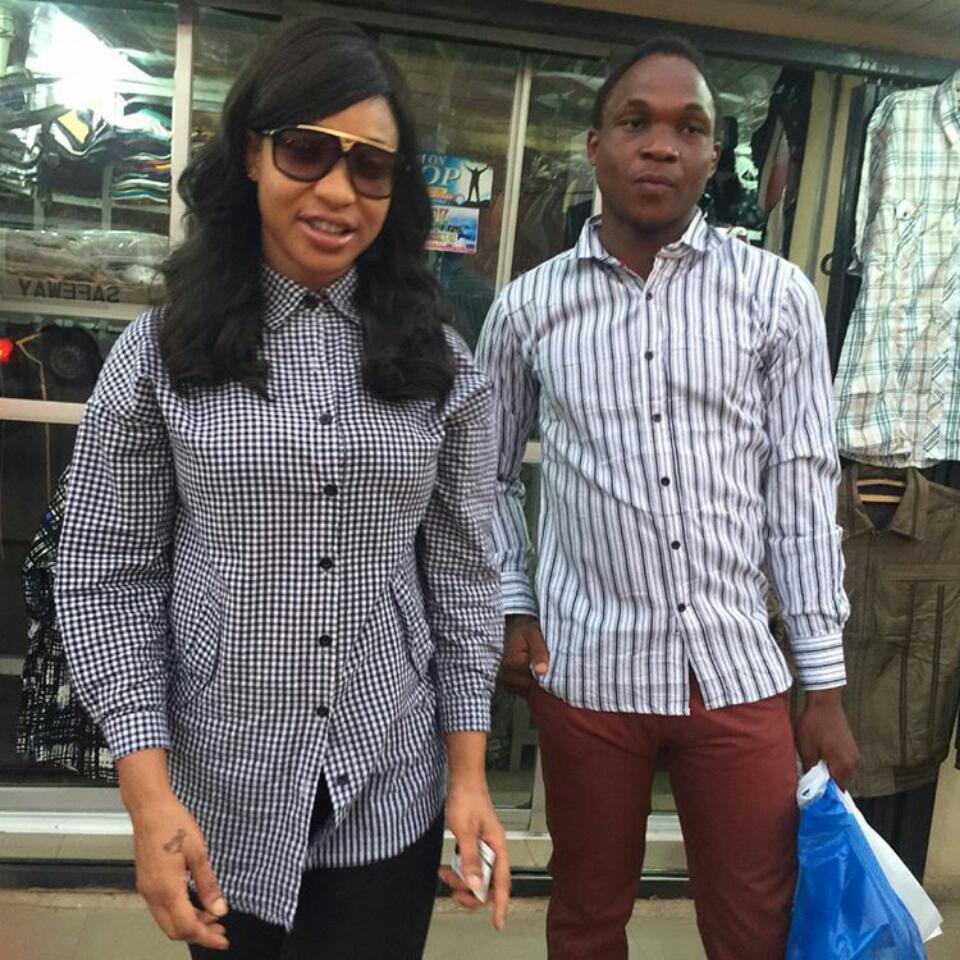 Revealed: Man Tonto Dikeh Saw Being Thrown Out Of Speeding Keke Napep Has Narrated His Ordeal

The man Tonto Dikeh saw being thrown out of speeding Keke Napep has narrated his ordeal. Firstly, he identified himself as Richard Okpelibie, 23, from Anambra state. If you missed the earlier story, click Tonto Dikeh Just Witnessed A Man Being Thrown Out Of Speeding Kekenape In Abuja.

According to the Richard, he went in search of a senior friend who promised to assist him with money to purchase Jamb form. However, on getting there, the guy wasn’t in town. It was while on his way back home that he fell victim to 3 males and a female in the Keke Napep who started “hustling me,torn my clothes to search for money.Took my little broken down phone.Punched me and They sprayed something in my face”.

READ ALSO:   Nollywood’s Tonto Dikeh Has Disclosed She Will Only Star In Quality Movies — "I don’t want to be involved in the acting like I used to be in the past"

Infact, read what Tonto Dikeh wrote on her Instagram page yourself, according to what Richard Okpelibie narrated.

“This is our John Doe his name is Richard Okpelibie,he is from anambara state.23 of age..
His story in his own words:
I was going to look for a Senior friend who promised to assist me with the purchase of my Jamb form,On getting there he was out of Town.I decided to go back home(which Is dutse Alhaji),I Boarded a kekenapep with 1female in front and 3males including myself and the driver.Around Gudu district Abuja the men started hustling me,torn my clothes to search for money.Took my little broken down phone.Punched me and They sprayed something in my face and kicked me out of the moving keke.I Cldnt breathe as a result of my history with asthma as the spray ignited a seizure,having no inhaler cos am poor I collapsed.
Mr Richard who has been discharged from the hospital with all bills paid and medications(inhalers etc),He has no complications.No fractures,Etc.
We took mr Richard to a good restaurant for a great dinner and bought him afew new clothes.He was given Pocket money and put in a secured Uber ride home.This story is to motivate you that even if we live in a horrible world there is stil a little bit of good out there.Dont let the harshness of the world take AWAY your humanity..Do wait for the government to create change,Its all put our hands on deck and be the CHANGE WE DESIRE..I SERVE A LIVING GOD @t_d_foundation #Radicalforjesus”.

Shocking: Man Tonto Dikeh Saw Being Thrown Out Of Speeding Keke Napep Has Narrated His Ordeal