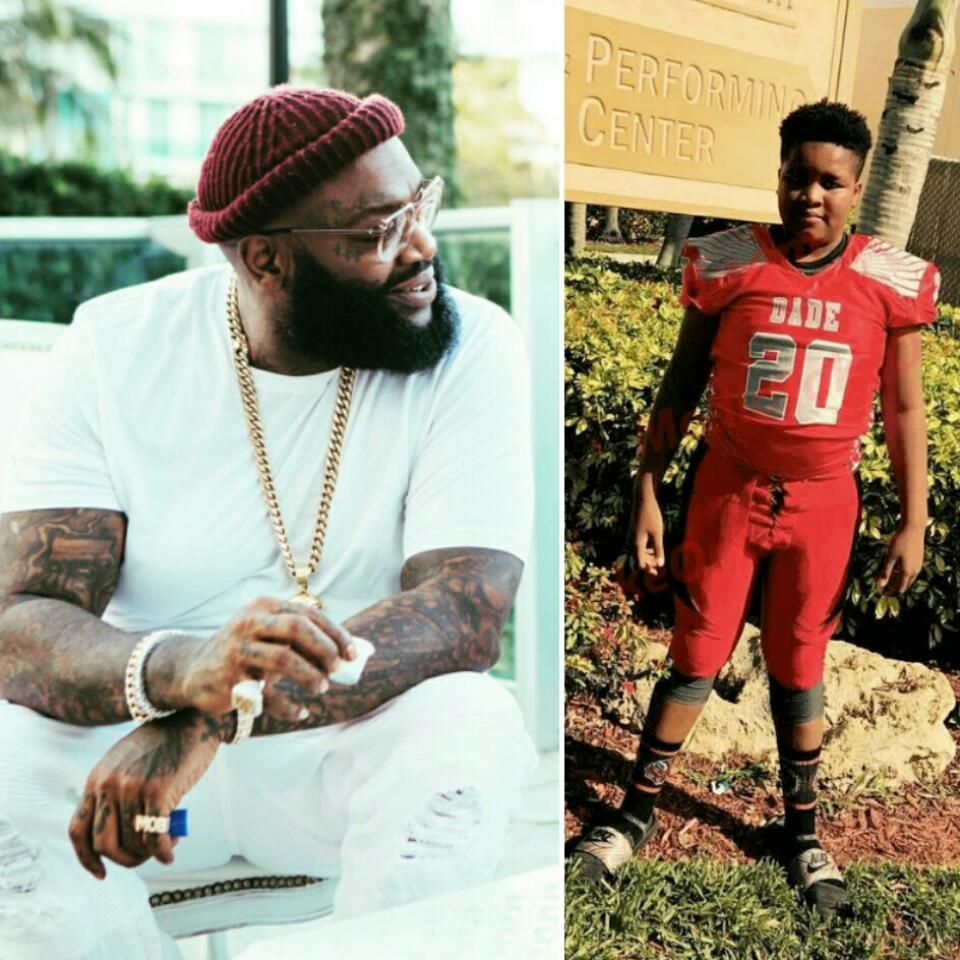 Only last month, Ross’ son was reported to have been suffering from depression because the rapper had abandoned him. So it’s not surprising that Rick Ross baby mama has put him on blast for abandoning their son William Roberts III.

According to an insider:

He needs to spend more time worrying about his own SON than worrying about Birdman’s son.
The 11-year-old is currently “in therapy” battling “depression.”

“Ross has been neglecting his son. The last time he saw the boy was on Christmas.” The insider added, ” [Ross’ son] had a successful football season, and went all the way to the state championships – and Ross didn’t attend a single game.”

READ ALSO:   Rapper The Game To Anybody Hating On 2Pac All Eyez On Me Biopic, "F**K YOU"

Not having his father in his life, the 11-year-old is in therapy trying to fight depression. No child should be made to suffer this fate.

Oh year, could someone tell Rick Ross that if he truly understands… I mean understands the levels of the rules of the game, then he should know that he MUST NEVER turn his back on family. Sadly, the rapper has the cheek to go to bed after having a ball while his son cries himself without a father figure into depression.

Tonto Dikeh Thanks Fans As She Reaches 1.7 Million Instagram Followers