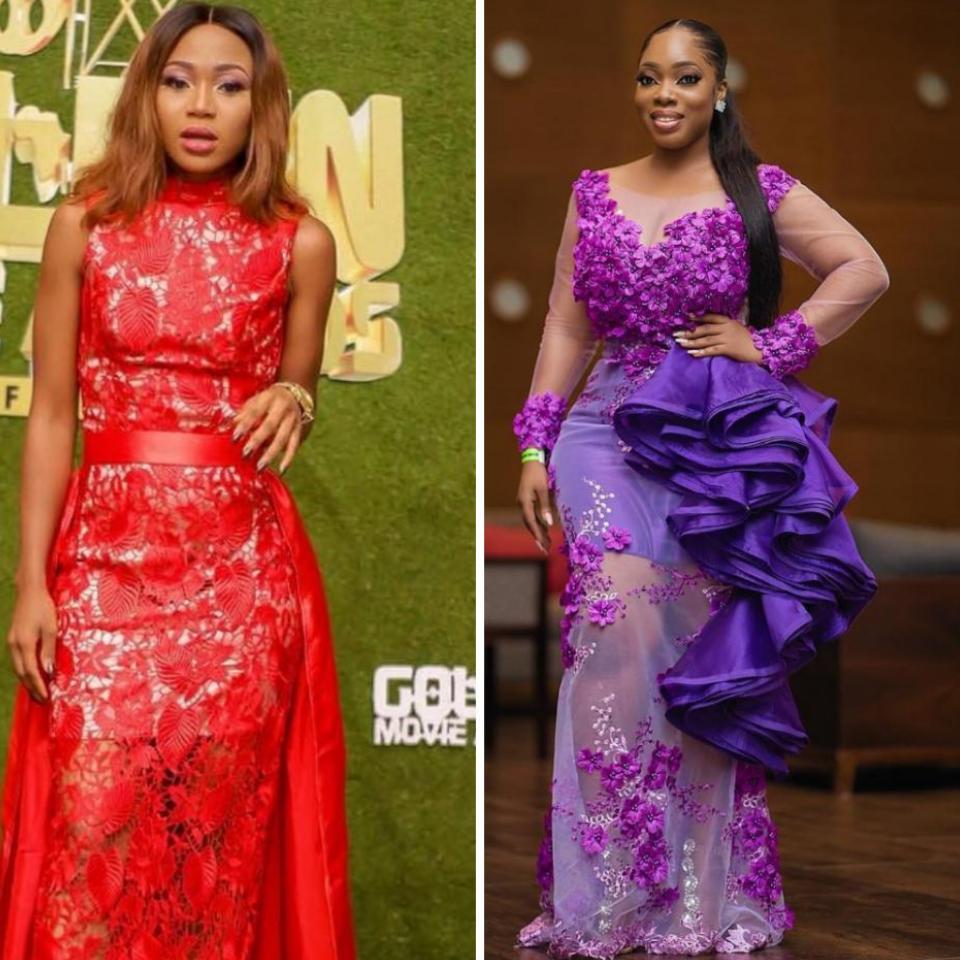 Rosemond Brown took to the red carpet of the 2018 Golden Movie Awards Africa which was held at the Mövenpick Ambassador Hotel Accra, to plead with Moesha Boduong for forgiveness. While on bended knees, the attention-seeking young actress apologized for her role during Moesha’s infamous CNN interview.

Rosemond, who is well known for her poor use if English, had shared a video on her Instagram page attacking Boduong for admitting to Christiane Amanpour that she sleeps with a married man for financial support. She blasted:

“Moesha Buodong is cheap that’s why she keeps sleeping with big men for cheap things.”

Rosemond Brown had herself admitted on Joy News that she (Rosemond) also sleeps with big men in exchange for real properties and not just renting of apartments.

Well, she gave Moesha Boduong the shock of her life going on her knees as you can see in the photo. Of course, the desperate to be famous Kumawood actress shared the picture on her Instagram page. She captioned:

“And I finally said sorry to her @moeshaboduong”

On a different note, Nana Ama McBrown, while on stage to pick up the award for ‘Side Chic Gang’, mocked Rosemond for her poor English. She joked that her English would be kept as simple as possible unlike Rosemond Brown who is affectionately called Akuampem Polo. She teased:

“Anyway I have to manage and speak some English but I promise I won’t make it like a long grain English like him or her because you know how Akuampem Polo speak, she speaks and brings past tense to present and call a man she; calls a woman as he.”

In The Midst Of Plenty Of Drinks, Wizkid And Tiwa Savage Dance "Shaku Shaku" In London [Video]