Ruthless: Endtime Ghanaian Pastor, Daniel Obinim, Caught On Video Stepping On Pregnant Woman’s Stomach All In The Name Of Delivering Her From Evil Spirits 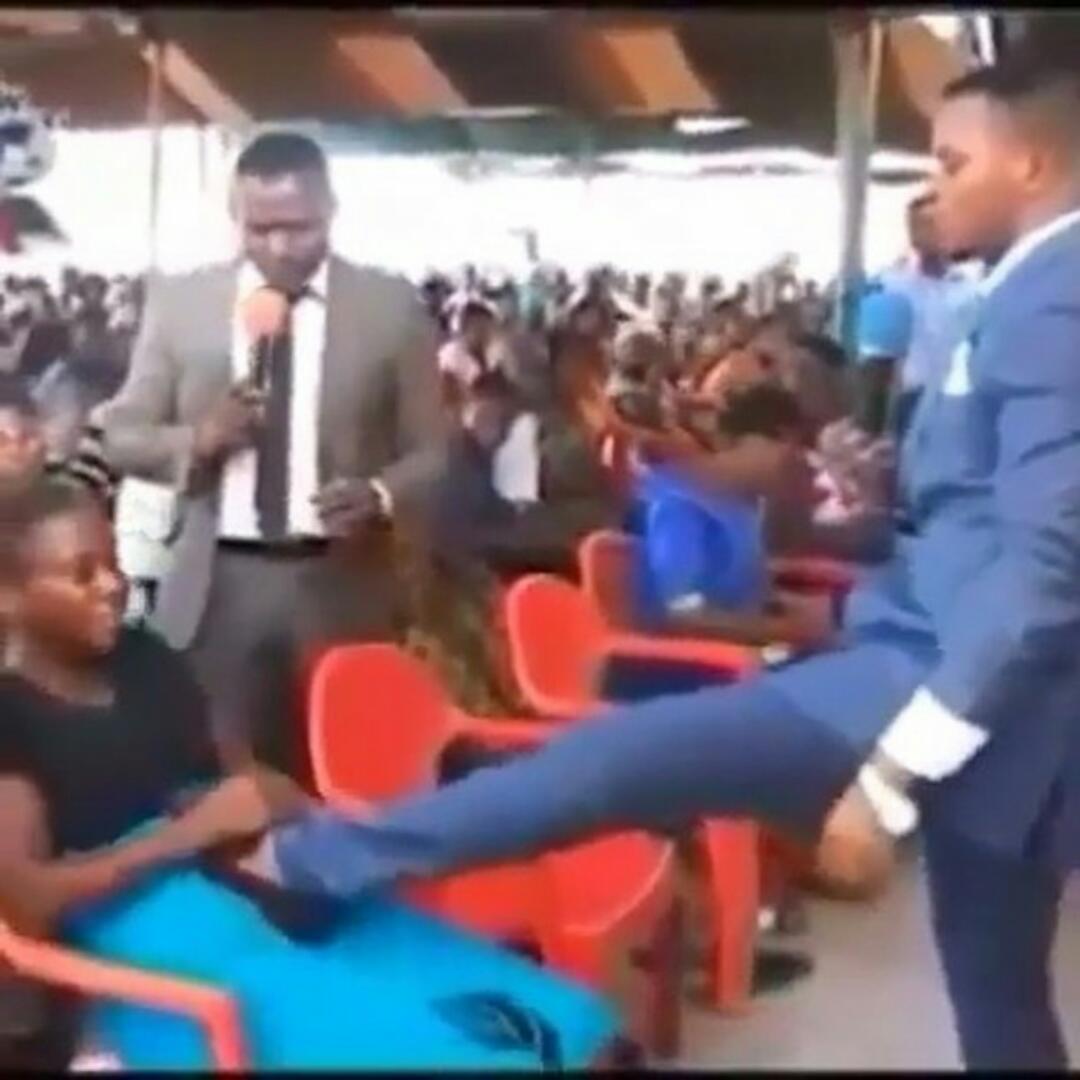 Some pastors have gone against the acceptable ways when it comes to delivering the oppressed from evil spirits. Some say Ghanaian pastor, Daniel Obinim, is one of those endtime pastors preying ruthlessly on the desperation and ignorance of their congregation. The controversial pastor was caught on video stepping on a pregnant woman in a bid to cure her from evil spirits.

Daniel Obinim who is the founder of the International God’s Way Church, was seen with his foot crushing on the pregnant woman’s stomach, has come under fierce criticism after the video resurfaced online. The incident which happened years ago, shows how ‘men of God’ prey on the ignorance of desperate people seeking help to overcome certain spiritual problems afflicting them. One commenter wrote:

“What nonsense??? Even Jesus never performed any miracle like this. I will kick ur balls to perform my miracle on you. Ignorance is bliss truly. If you want something from God pray to him your self. We all have the power & he listens if you humbly pray to him… that’s why he is the alpha & Omega.”

Another angry commenter wrote: “God help these senseless and fake lunatics who call themselves men of God. So shameful with such risky theatrics. Even Jesus would frown at this rubbish! Jesus never did his miracles like this. The worst are these gullible fellows who believe these fake numb skulls. Shame!!”

READ ALSO:   Cristiano Ronaldo's Girlfriend, Georgina Rodriguez Starts The Weekend With Her Children In The Playroom Surrounded By Toys [Photos]

Obinim was recently arrested by the police for flogging two of his congregation in front of church members for engaging in extramarital s*x.

Ruthless: Endtime Ghanaian Pastor, Daniel Obinim, Caught On Video Stepping On Pregnant Woman’s Stomach All In The Name Of Delivering Her From Evil Spirits