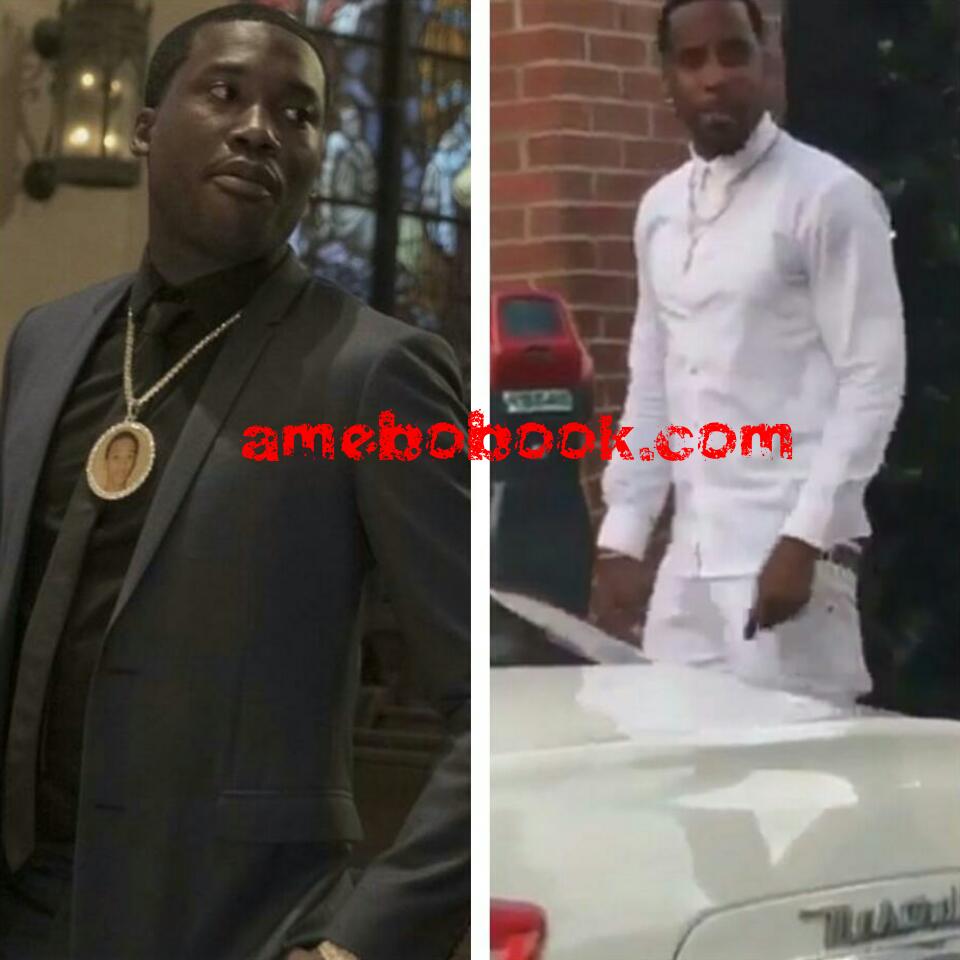 Shocking! Safaree Samuels Has Claimed He Was Jumped By Meek Mill And His Crew

Things are really happening oh! Safaree Samuels has claimed that he was jumped by Meek Mill and his crew in broad daylight on June 23. It’s understood that the incident happened at DJ Khalid’s BET weekend party.

A woman who was in her car caught Safaree Samuels, 35, on an angry rant in the middle of the street claiming Meek Mill, 30, jumped him alongside his crew. He could even be hearx shouting aloud to one of his friends, “That guy’s a f*cking p*ssy.” The woman in the car then says, “He just got jumped! Damn!” The woman’s caption says she started recording after the alleged face-off once they already ran off.

READ ALSO:   Classy Cee-C Steps Out Looking Stylish While Meeting Up With Other #BBNaija Stars [Photos]

“So Safaree was allegedly jumped by Meek Mill and his crew. (This was recorded after) 💀💀”.

Watch another video below as Safaree Samuels confirms Meek Mill jumped him.

READ ALSO:   Love Struck Princess Shyngle Makes Safaree Samuels Her Man Crush Monday After Screaming Out His Name, Says She Needs 'A Safare In My Life'

READ ALSO:   Hip Hop News Latest: Nicki Minaj Claps Back At Twitter User Who Tried Pitting Her Against Cardi B

If truly Meek Mill jumped Safaree Samuels, then it has to do with their long history over Nicki Minaj.

Over Nicki Minaj? Safaree Samuels Has Claimed He Was Jumped By Meek Mill And His Crew

Check Out Tiwa Savage In These Recently Shared Photos