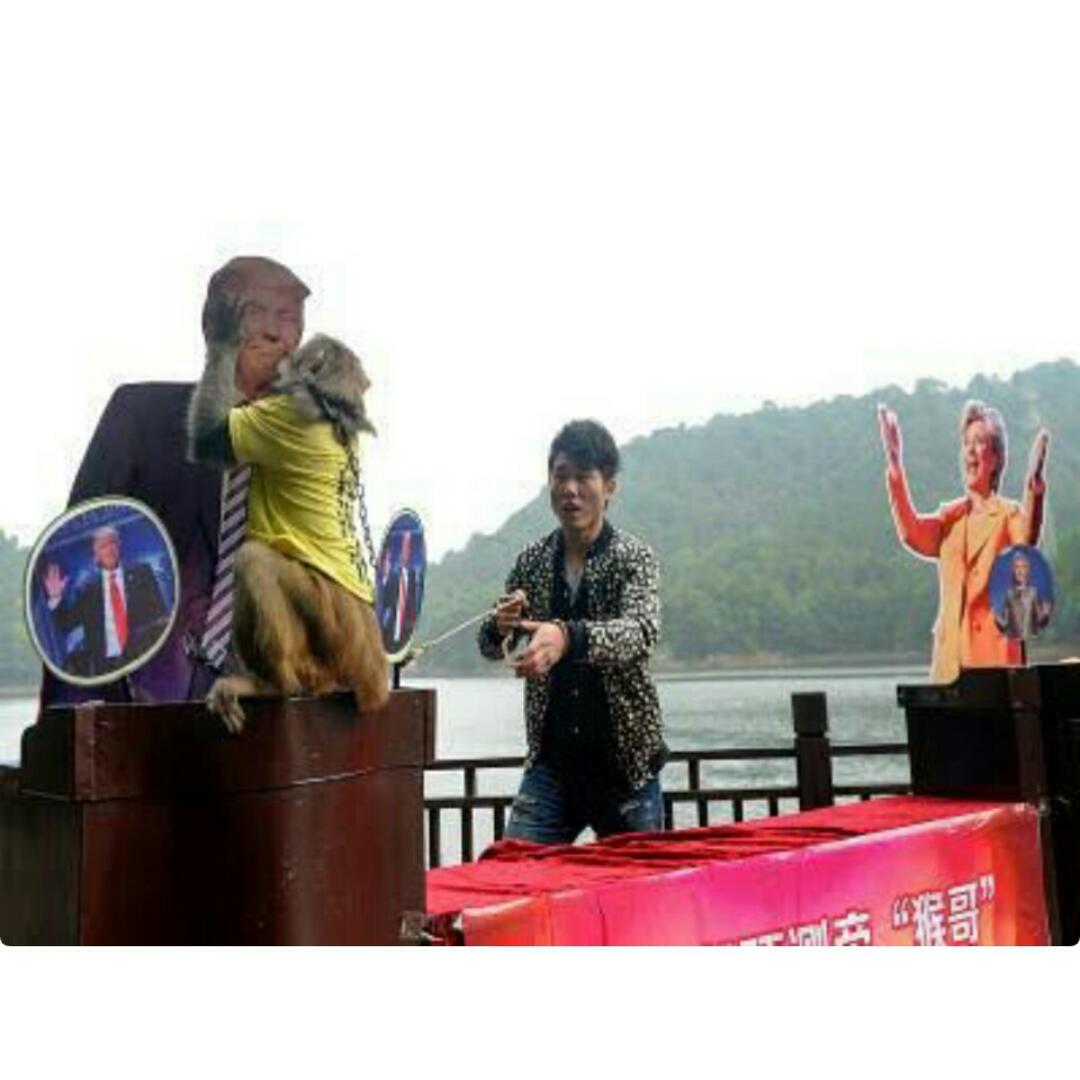 China’s Monkey King Geda has predicted US Republican candidate, Donald Trump will win the race to the White House. The cheeky creature shot into international fame after it correctly tipped Portugal to win the Euro 2016 football championship last summer.

This time around, the mystic monkey was made to choose between Donald Trump and Hillary Clinton and it darted towards a cut-out of the Republican candidate.

Since Paul the Octopus correctly predicted the outcome of a string of football matches at the 2010 World Cup in South Africa, Monkey King Geda who lives at Shiyanhu Ecological Tourism Park in China, has risen to fame with its pinpoint predictions. It’s understood that the clairvoyant critter who has been called “the king of prophets,” kissed Trump’s photo.

READ ALSO:   Beyonce Slays In Black And White Polka-Dotted Pantsuit Over A Black Sequined Blouse As She And Jay Z Support Hillary Clinton At Get-Out-the-Vote Campaign Concert In Cleveland

Test Your Brain: Guess Which Nigerian Singer The Guy In The Middle Eventually Became?