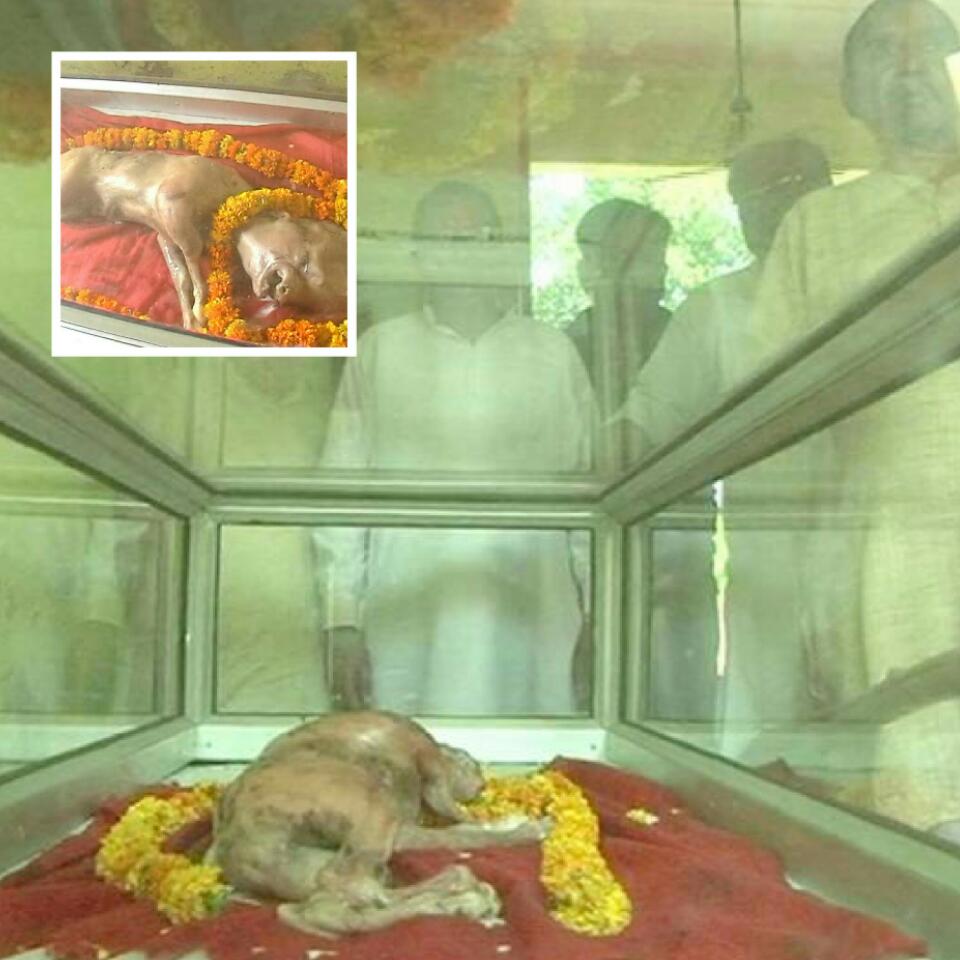 Things are really happening ooh! Your about to read on a calf born with human facial features that villagers in India call Hindu God. The calf was born with eyes, nose and ears resembling those of a human in an animal shelter in Muzaffarnagar, Uttar Pradesh, northern India. However, just an hour after its birth on Thursday, it died.

Villagers were seen gathering to seek its blessing with the belief that the calf is an avatar of Hindu God Lord Vishnu. People were seen offering it flowers and bowing before the dead animal which has been kept inside a glass box. It’s understood that the locals plan on building a temple for the dead calf.

READ ALSO:   Kenya's Richest Musician And Mother-of-5 Esther Akoth Cries Out She Needs A Husband And Not A Toyboy

According to Mahesh Kathuria, 50, a local businessman, “It’s a miracle that the calf was born in this shelter. Thousands of people have been here to see it. We will be cremating him in three days and a temple will be built for him. This avatar has most definitely created a devotion feeling amongst the people.”

READ ALSO:   Nollywood's Junior Pope Shares Side-By-Side Photo Of Himself And Son On 3rd Birthdays, Asks Who Is Cuter?

He further added that the mother was rescued from a butcher and brought to the shelter six months ago.

Despite all of the worship going on around the calf, animal health experts have rubbished any superstitions surrounding it. Dr Ajay Deshmukh, a senior veterinary doctor at Wildlife SOS in India, said:

READ ALSO:   Hiphop News: Daddy Of The Year? Diddy Shares Footage Of Himself And Kids Getting Turned Up At Disneyland To Celebrate Daughter Chence's 13th Birthday

“This is a case of an anatomical anomaly. If a gene didn’t develop properly or there was a fault, it causes multiple structural deformities, and such anomalies happen.

“It has got only scientific reasons and explanations, there’s no superstitions here.”

Alex Pititto: 15-Year-Old Son Of Italian Mafia Don Has Killed His Best Friend For Liking Facebook Picture Of His Girlfriend