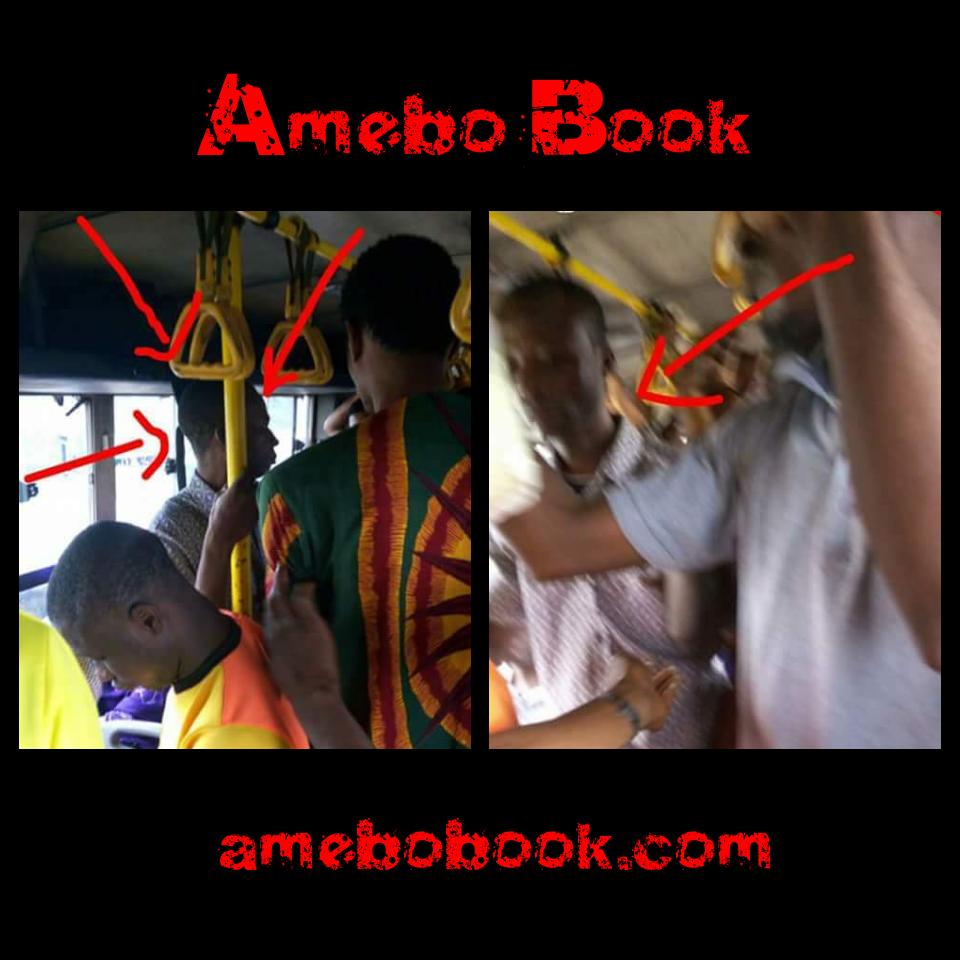 Elderly Man Tried To Finger A Young Lady In A Commercial Bus, He Regrets It

Things are really happening oh! The grey hair on people are usually associated with age and wisdom. However, one sex starved elderly man tried to finger a young lady in a commercial bus. His grey hair became a testimony of shame and beatings.

Read below for yourself.

My journey from Ikorodu to work everyday is always not interesting cos of the hours i spend in traffic.

Taking public transport, i enjoy boarding BRT (Blue bus or some times Red bus). No one to disturb your peace, i just plug in my earpiece to watch a movie, listen to music or in most cases, read or write. TATA (White) bus is a ‘No No’ for me because it stinks and that’s where you find all sorts of things. The naturally loudspeaker voiced self-acclaimed marketers who sell herbal mixtures that cure tens of diseases won’t just allow you rest. All the drama of this life happen on the TATA bus, sometimes formerly called ‘Ise Oluwa’ bus.

That’s why I always prefer the Red BRT whenever i cannot queue for the Blue one. Of course with the mindset that i would be in traffic for about 2hours. Most times it is always the same time you spend queueing for the Blue one so what’s the point wasting my energy to queue for that long.

So this morning, i decided to board the Red one. This is assumed and expected to be saner than the drama stage called TATA. No advert, No babalawo, No preaching and so on.

I took my seat as the ticketer/conductor called in passengers. We moved and gradually approached the massive standstill traffic.

Few minutes later, we all on the bus started hearing slaps in sequence, accompanied with a female voice. We all looked to the direction of the latest drama. Honestly, i thought i had seen it all before. It was from about 3 seats behind me. A man who was sitting beside a good looking chic was being slapped by her angrily. His guilt look was like that of a child who was caught stealing meat from a pot.

READ ALSO:   I Want To Marry You Biodun Okeowo - Filmmaker Olu Michaels Tells Actress After Seeing Her Slay In Outfit Made By Seyi Edun's Shaiworld Luxury

Ha! Surprisingly, we tried to understand the reason why this lady kept slapping the poor older man.

He was trying to finger me, mad man! He slid his two fingers into my skirt! She said (in Yoruba language).

The man received almost a hundred of slaps as passengers (mostly guys) close to the seat registered their annoyance on his face. He was pushed away and punished to join standing passengers.

With a disdainful look, everyone started to discuss the issue.
(Both in Yoruba and English) That’s a bad attitude! He is a disgrace to men! Maybe he is not normal!

And the argument took another shape when some said; ‘He must have been seduced into acting that way, check out what the lady is wearing’.

READ ALSO:   Burying The Hatchet? Drake Thanks Kanye West For Helping His Career

It went worse when someone said the man might be a ritualist, a baddo.

Ermmmm…. Really? Okay, let me just keep hearing the arguments cos i won’t judge anyone. Could this be agro? I asked myself, laughing as i chatted to a friend about it on WhatsApp.

Soon, slaps resumed on the man. His eyes turned red already and he was looking like he’s going to die. I had to advise him; bros just go down and enter another bus if you don’t want a coma.

If someone told me this story, i wouldn’t have believed. What could this be? I don’t understand at all.

And one question remains accurately unanswered in my mind, Is this ‘Agro’, Seduction or Lunacy?”

Mercy Johnson Cautions Actor Uche Maduagwu After He Used Her Marriage To Mock Colleagues Whose Marriage Crashed — "Bros, this is wrong on every level, please don't judge anyone"

Gucci Down To The Socks: Tiwa Savage celebrates Her Son Jamil's 2nd Birthday with Cute Photos