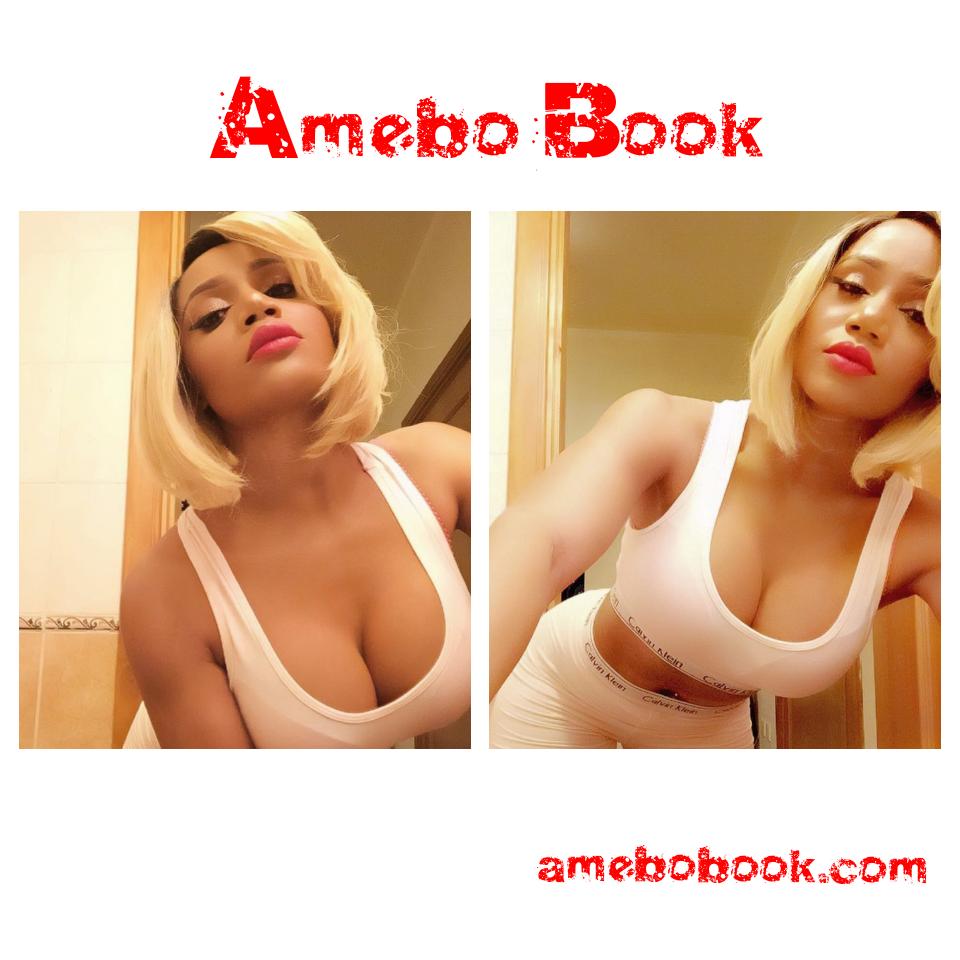 “I like the fact that my brand is built on sex. I love it and it feels like a dream to me because in Nigeria, sex is still seen as a taboo. I feel that we need to be more open and educate our children about it. I may not be going about it the right way because nobody is perfect; but hopefully, I would perfect my act,” she said.

READ ALSO:   I Still Believe In Falling In Love And Going On Dates — Princess Shyngle

While sharing details of her wild sexual exploits, she disclosed having sex in a public restroom and on the beach somewhere outside Nigeria.

Maheeda also said that if she had married a Nigerian man, she would not have been ‘sexually outspoken’. Shockingly, Maheeda also disclosed that right from when she was seven years, she had dreamt of marrying a white man.

“I know that if I had married a Nigerian, I would not have had this much freedom to talk about sex; it would have been impossible. I actually married a white guy because it has always been my childhood dream. I never had dolls as a kid, but I noticed that most of my peers that had dolls had white men as fathers.

READ ALSO:   Latest Hip Hop News And Rumors: Is The Game TELLING THE TRUTH OR LYING When He Says Michael Jackson Wanted Him To Squash Beef With 50 Cent?

“I felt that we did not have the good things of life because my guardian was not married to a white man. Since that tender age, I had always nursed the dream of marrying a white man. It was my childhood dream and I made sure it became a reality.”

On her husband’s feelings regarding her raunchy pictures online, Maheeda claimed she has a supportive husband whose only demand was for her not showing her private parts.

“My husband is not on social media and he is very camera-shy but he is very supportive of everything that I do. Even before we started our relationship, I always told him my plans. He is okay with what I do and he tells me that I am a complete package. He tells me that I am what he asked for and whatever I do is part of the package.

“He said that he has married me and that anything I do comes with the package, so there is nothing he can do about it. He just tells me to try not to open my vagina for everybody to see and I should keep that one for him. That is what I have been doing.”

Maheeda also revealed having a thick skin to name-calling. She has been called prostitute and other unprintable names. She said:

“I am not pained whenever people call me names on social media, especially when they call me a prostitute because they even call girls that dress modestly online different names as well.

“They insult men of God online, so I don’t know why I would feel bad if they call me a prostitute. It is almost a normal thing for me. People like to insult a lot in Nigeria. It is as if insulting people is a form of greeting in Nigeria so I am used to it. It is like telling Aliko Dangote that he is a poor man. He would just laugh at you; so if you call me a prostitute while I am being a good wife and a good mother, I just laugh it off.”