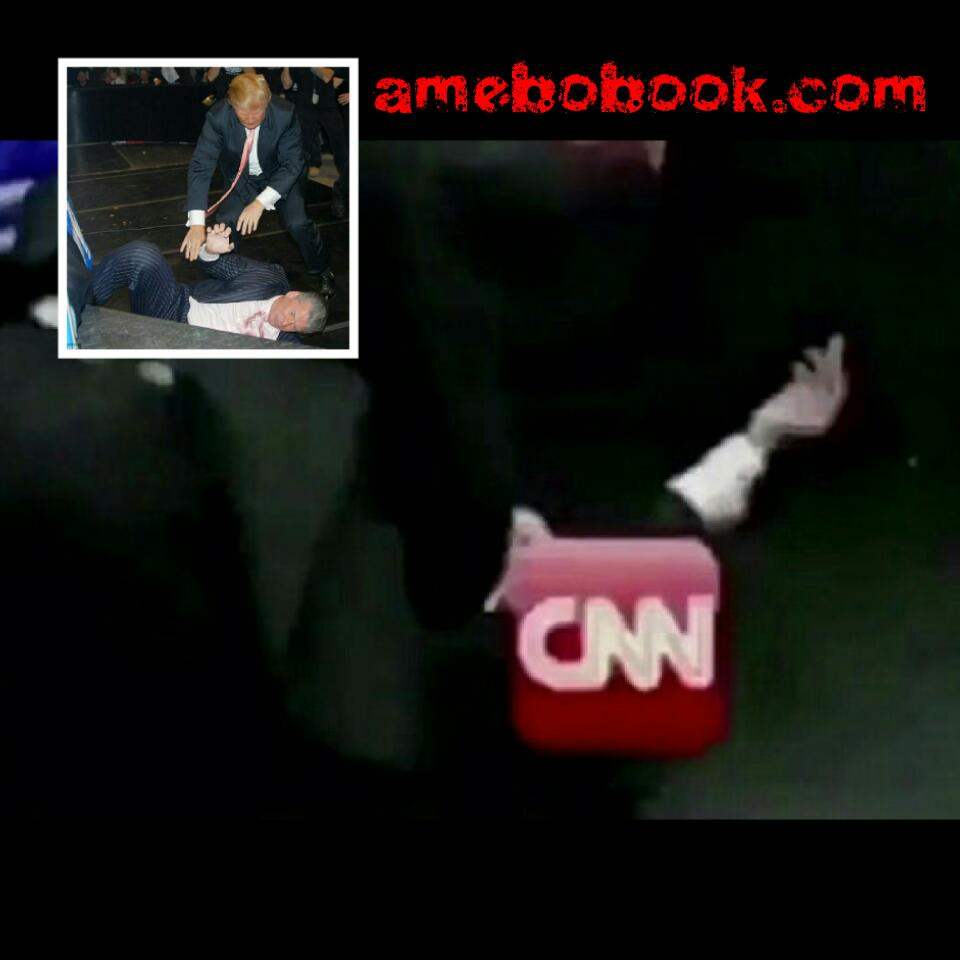 The President of the United States Donald Trump tweeted a WWE-style spoof video of himself literally beating up CNN. In the video, Donald Trump in WWE-style, body-slammed Vince McMahon at WrestleMania 23, but the CNN logo was super-imposed over McMahon’s face. This was in an apparent boast of his “defeat” of CNN.

‘Sad day when the President of the United States encourages violence against reporters,’ CNN says while responding to the spoof video.

READ ALSO:   Na Wah Ooh! Young Lady Starts Bleeding From Her Private Part And Nose After Going Out With Her Boyfriend

These latest tweets come after CNN was forced to retract a story concerning alleged links between Trump transition team member, Anthony Scaramucci, and Russia. This eventually led to three journalists who worked on the story, resigning following the retraction. In a Tuesday morning tweet, Trump responded:

“Wow, CNN had to retract big story on ‘Russia,’ with 3 employees forced to resign. What about all the other phony stories they do? FAKE NEWS!”

READ ALSO:   Donald Trump Is Sworn In As 45th US President And Declares 'America First'

Watch original video of Trump beating up Vince below.