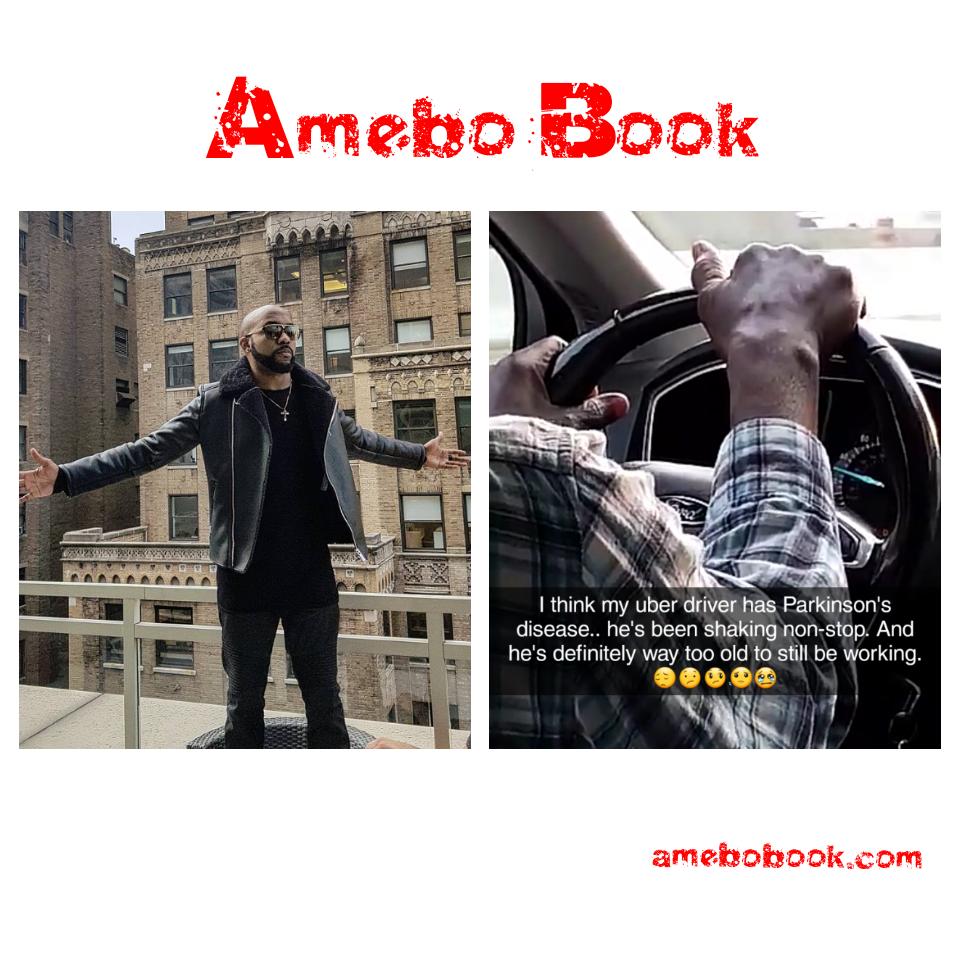 Banky W Is Concerned His Uber Driver Has Parkinson’s Disease, Gives His Reasons

Banky W who is currently in New York, has expressed concern that his Uber driver has Parkinson’s disease. The singer suspects this due to the way the man’s hands were shaking as he drove him. Banky W also also thinks the Uber driver is “too old to still be working” and a danger on the road.

READ ALSO:   Banky W's Wifey Adesua Etomi Had This Brilliant Response To Follower Who Said SHE BAGGED HERSELF A MONEY BAG HUSBAND

The singer also points out the Uber driver appeared to have been confused with the gps.

Just incase you’re struggling on the meaning of Parkinson’s disease:

“It is a progressive disease of the nervous system marked by tremor, muscular rigidity, and slow, imprecise movement, chiefly affecting middle-aged and elderly people. It is associated with degeneration of the basal ganglia of the brain and a deficiency of the neurotransmitter dopamine.”

‘Sad, What A Waste Of Friendship:’ Ebuka Slams Banky W Over Eba Comment