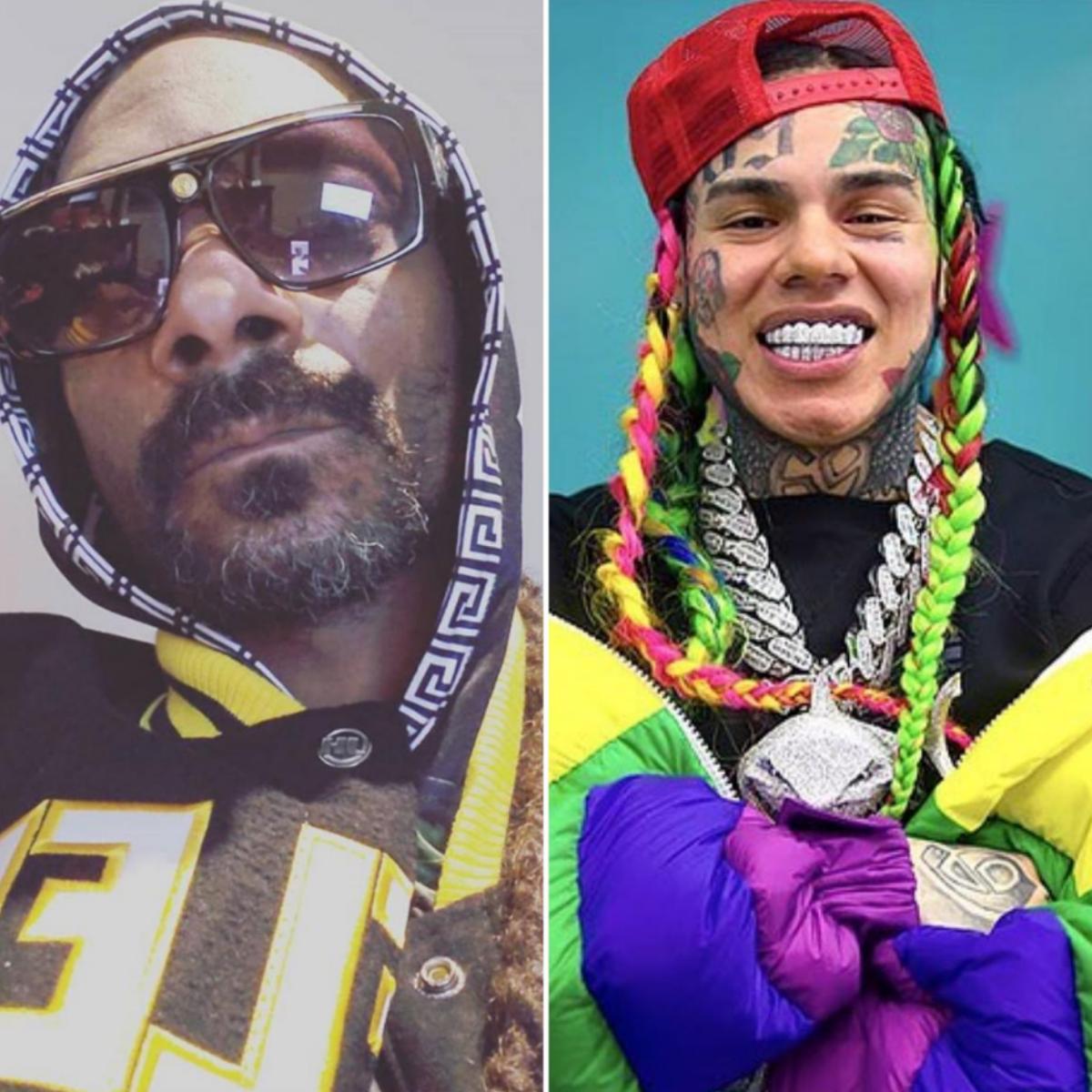 Calvin Cordozar Broadus Jr., popularly known as Snoop Dogg, is an OG who understands the street codes. The rapper knows a ‘rat’ when he sees one and his eyes on Tekashi 6ix9ine. In fact, he has slammed anyone supporting the “STOOPID” rapper following his release from prison.

Tekashi was looking at up to 47 years in prison after being arrested on racketeering charges in 2018. However, he informed the authorities on other alleged members of the gang, Nine Trey Bloods as part of a plea deal to cut down his jail time.

Just last month, the rapper whose real name is Daniel Hernandez, was released because he has asthma and was considered to be at ‘high risk’ of falling victim to the ongoing outbreak. 6ix9ine is now under house arrest and has even released a new track, Gooba. In fact, Tekashi filmed a record-breaking Instagram Live video in which he defended his cooperation with law enforcement. It’s understood the song was promoted on IG by the chief content officer at music streaming company TIDAL, Elliott Wilson, who shared a screenshot showing Gooba being played.

READ ALSO:   Does The Suggestive Caption With This Chanel Flip-Flops Mean Nicki Minaj And Meek Mill Have Broken Up?

Snoop saw the post and hit the comment section making his disapproval known. He also criticized those who have been supporting Tekashi whom he acknowledged using the rat emoji. He commented:

“They gotta stop pushing this [rat].
All these media outlets making snitching cool. I’m old school. F*ck 69 and everybody pushing his line right now all New York GZ feel me on this and if you don’t f*ck u2 [sic].”

Snoop also addressed rapper Meek Mill who also commented on the post to ask why TIDAL weren’t promoting another rapper’s record that dropped on the same day. The Philadelphia rapper wrote:

“Durkio dropped today and he the streets cmon Elliot? Post Durk sh*t it’s [fire]. no post from Durk on a hip hop page but this?????”

READ ALSO:   See The Bikini Bernice Burgos Video That Made Meek Mill Say, "I wish I could send this to my homies in the bing!!! — T.I. Won't Be Too Happy With This

“@meekmill If u allow sucka sh*t then u a sucka. Love u cuz stay sucka free.”

Meanwhile, Meek Mill and Tekashi have been at each other’s throat on social media. 6ix9ine mocked the “Going Bad” rapper after he suggested in an Instagram video from back when he wore his hair in braids, that he is one of the greatest rappers of all time.

It was then 6ix9ine replied, “Imagine being this pressed. Nicki don’t want you no more.”

Omotola Jalade’s Daughter, Meraiah Shares Rare Throwback Of Her Parents Looking Into Her Eyes With Unconditional Love After Her Birth