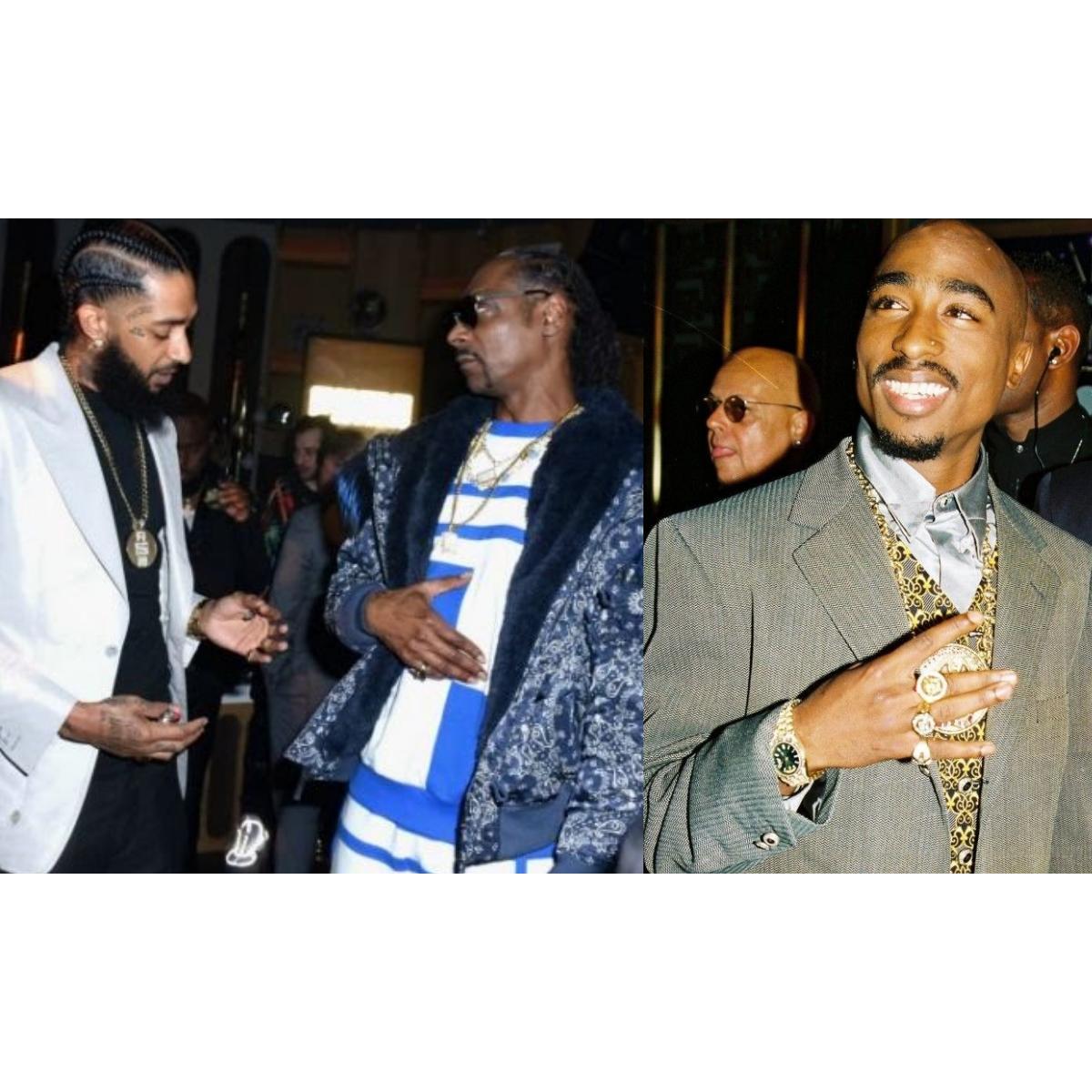 In an interview with The Breakfast Club, Snoop Dogg shared his thoughts on Nipsey Hussle and how he was able to achieve what 2pac couldn’t do.

“The spirit Nipsey had was the spirit 2Pac had as far as being up close and personal with the people,” Snoop explained around 30 minutes into the conversation. “I think Nipsey did what 2Pac couldn’t do… He don’t rap like him, but he moved like him.”

“It really, really broke my heart. Like for real,” Snoop said when talking about his song “One Blood, One Cuzz” and Hussle’s death around the interview’s 20-minute mark. “What [Nipsey] stood for was stopping the gang violence. He was from 60 Crip but he loved gang members. He loved Bloods. He loved YG. And the bond he had with the ‘hood—different neighborhoods—was impeccable. He was like a street soldier.”

READ ALSO:   I Am An Oyinbo Mother With Somethings... But When The Nigerian Side Comes Out - Adunni Ade 'Warns' Her Son As He Tries To Pinch Her Face While She Sleeps

Snoop has always held Nipsey in high regard even before he died. In fact, since his death, the “Gin And Juice” rapper has gone on record comparing Nipsey to Jesus Himself. Snoop was also very close to 2Pac and is said to have encouraged Suge Knight into signing him to Death Row.

READ ALSO:   Tekashi 6ix9ine Accuses Snoop Dogg Of Snitching - "If Your In Denial The Paper Work Is Online"

This past weekend, 50 Cent shared a clip mocking Wendy Williams after he refused her entry into his Tycoon Pool Party. The talk show host responded almost immediately by sharing a picture of Snoop Dogg and her son on Instagram. She then gave her reason for going to the party was to take a picture with Snoop. When pressed on if he was trying to help her crash the party, Snoop told them that he didn’t even know 50 and Williams had beef.

Latest News USA Today: Watch Helpless Black Man Defend Himself Against Aggressive Group Of White Men Who Eventually Set Their Dog On Him