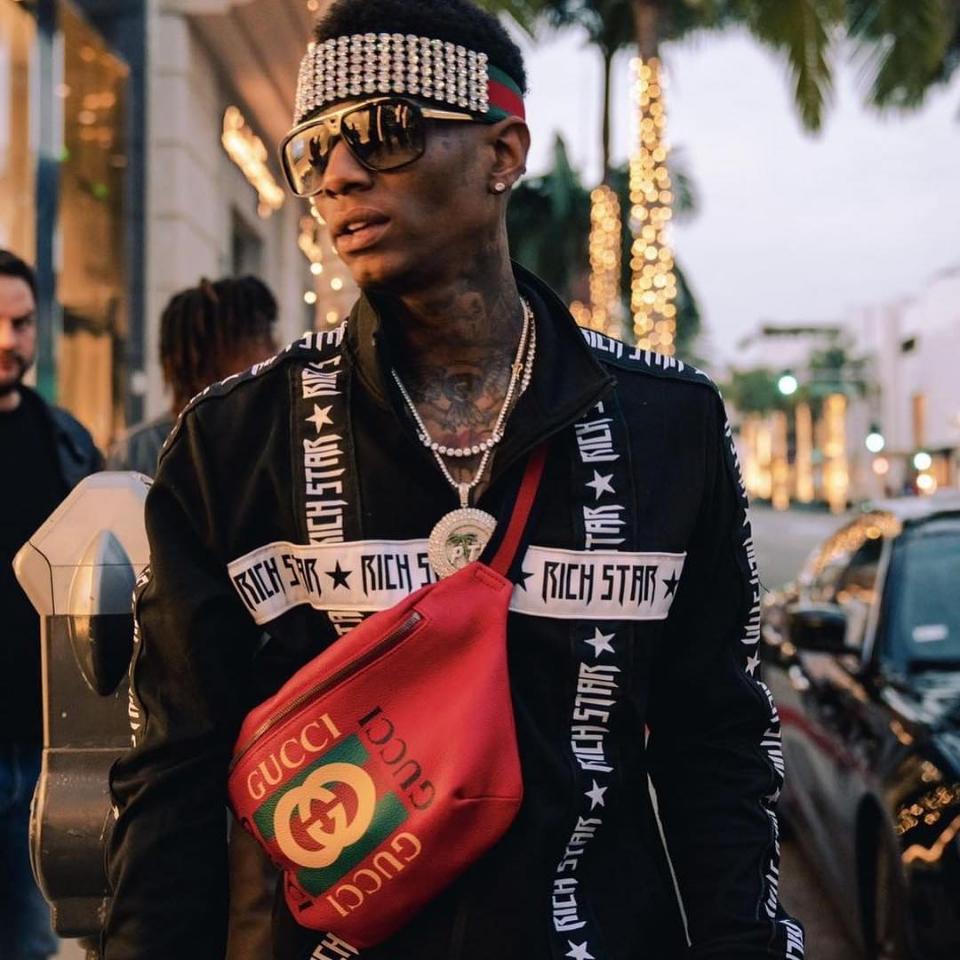 Soulja Boy has been accused by a woman, Kayla, who is believed to be the rapper’s girlfriend, of kidnapping and beating her in and outside his Los Angeles home.

According to TMZ, the incident occurred after Soulja and Kayla got into a heated argument. As she tried to leave the “Pretty Boy Swag” hitmaker’s property early Saturday (Feb. 2), Soulja’s assistant reportedly saw as she clipped the curb while backing out of the driveway. It’s understood they both started fighting until Soulja Boy came to separate them. When she was eventually released later that morning, Kayla reported the incident to the police as she got home. She reported having three fractured ribs and a concussion from the alleged assault.

However, Kayla told the police that Soulja punched and kicked her while she was on the ground. He then took her to his garage, tied her up to a chair with an extension cord and imprisoned her for six hours.

She has been treated for her injuries at a local hospital. The police have confirmed that there’s an “active investigation” into a kidnapping report filed on Saturday morning.

Meanwhile, Soulja Boy is currently on probation for a weapons charge.

READ ALSO:   Are You Mistakenly Eating Plastic Rice? Here's How Your Fooled Into It

Makeup-Free Efia Odo Shows Off Natural Hair And No Lashes Look, Says "I’ll Choose How To Look However I Want"

Hit Em Up: Soulja Boy Blasts And Accuses Drake Of ‘Copying His Flow’

‘If I love you bitch, ain’t nobody gonna have you.’ ‘I’m gonna make you miserable. I’m gonna chase that nigger out. – Chris Brown Admits He’s A ‘stalker’ Who Makes Women’s Lives ‘miserable’ In Troubling Rant