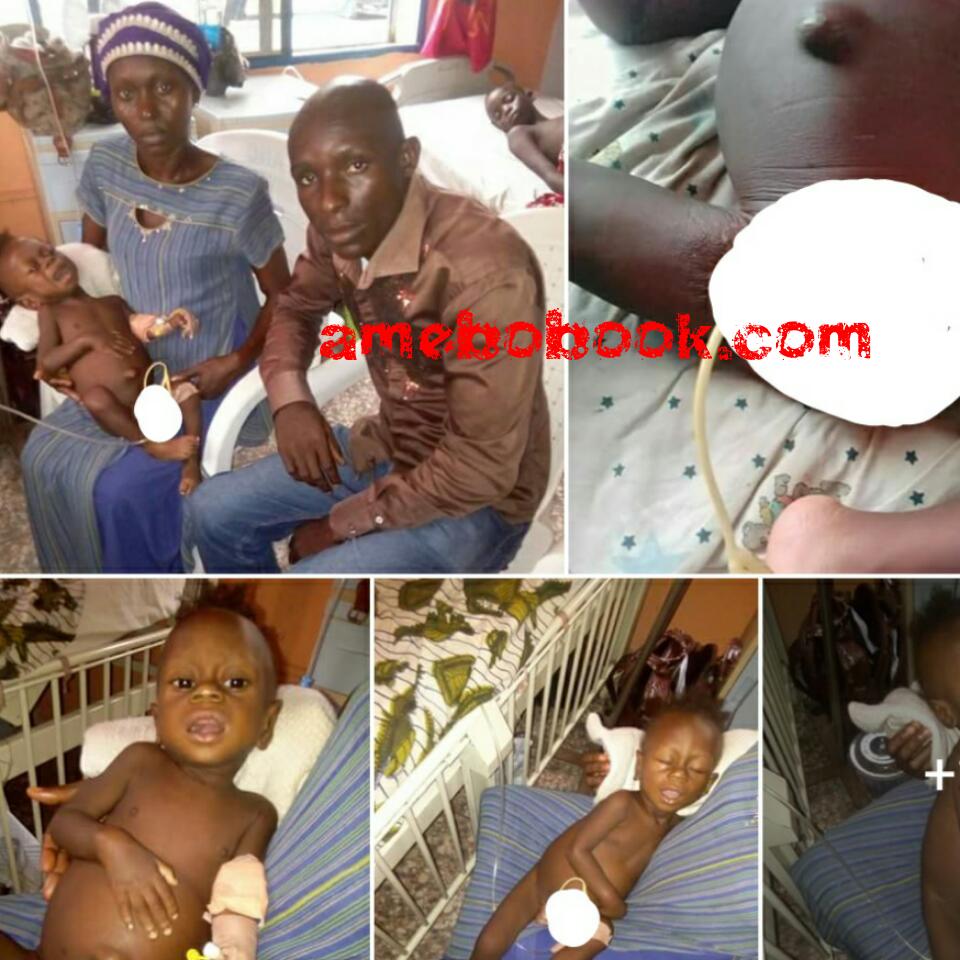 Things are really happening ooh! You begin to wonder what the world is turning into when you see headlines like Stepfather Rapes Woman’s 13-Year-Old Daughter Then Chops Off The 8-Month-Old Baby’s Penis In Bayelsa. Is it the Devil’s work? Anyway, read straight away what Facebook user Isedirikonghen Ebi. Alhaji on a page, Bayelsa Parrot. The user wrote:

“AFTER HE RAPED MY 13YEARS DAUGHTER, HE STILL CHOPPED OFF MY 8MONTHS BABY PENIS…..The Story from Ondewari Community.

My name is Nudora Michael. I’m from Ondewari Community in Southern Ijaw LGA, Bayelsa State, a mother of four. A girl and three boys.

I’m the first child of my mother and Mr. ZIWARITIN who raped my daughter of 13, and still chopped off the penis of my baby in the name of circumcision is my stepfather who has four children with my mother.

I am married to a man from Korokorosei Community, not too far from my home town, Ondewari. But we lived in Okpotuwari, an adjacent community to Ondewari both separated by a river.

In 2012, the flood entered the house my daughter lived in Yenagoa and she traveled home to meet my mother who lived with her husband, Mr. ZIWARITIN who is the founder and Prophet of the Cherubim and Seraphim Church at the Ondewari-Annex.

After a while at her stay there, we started noticing strange behavior of her. Vomiting, laziness, and all of that. When it became obvious and we checked her, she was pregnant.
For who!
It took us extra efforts to confirm that my stepfather impregnated my own daughter who is his step granddaughter.

READ ALSO:   Janea Alston-Goggins: Pennsylvania Woman Almost Beaten To Death By Her Fiance Shares Horrifying Story Of How She Pleaded For Her Life In Front Of Her Kids

How did it happened!
He confessed that he connived her to a bush that evil spirits wants to take her destiny and that she needs sacrifice to overcome them. On secretly taken her there, he raped her and warned her not to mention it to anyone else, she would die. So, she also kept mute, not knowing she has taken in. As we speak, the boy she gave birth to at age 13 lived with my mother, his wife in his house.

Because of this, I’m in a standing battle with Mr. ZIWARITIN and I don’t join issues with him.

HOW OYINTARI PENIS WAS CHOPPED OFF.

My last son, Oyintari Joseph was always sick and so, we refused to Circumcise him even at 8months and his sickness made me to often pay a visit to my mother who administers native treatment on him.

That day of this ugly incident, myself and Oyintari were both sleeping at our visit to my mother when my stepfather sent for me to come with Oyintari.

At first, I refused to honour the call since I was at sleep but the continuous messaging made me to answer the call.

When I got there with baby Oyintari who was still sleeping on my hams, my stepfather was already circumcising a little baby and he told me today, this boy, Oyintari must be circumcised.

Within my heart, I was worried since that was not the reason of my visit. Beside, his father was not informed. But since circumcision is what I grew up seeing my stepfather do even though non of my children was circumcised by him, and he just finished a baby in my presence that day, I had to give him the chance.

He asked me, put the baby in the basin, I did.
There were two children who helped him hold the baby on the hand and legs while I also supported one of his hand. But since I was afraid, I couldn’t look straight to see the whole process.

At first, he tied the foreskin of the penis and held the blade, same he used on the first baby and later dropped it to make some adjustments.
Thereafter, he held the penis straight with his bare hands and started CUTTING THE PENIS while the boy keeps shouting in pains.

Since I could not look straight do to fear and pity, I never knew he was cutting off the ENTIRE PENIS OF THE BOY UP TO THE SCROTUM.
When it finally cut off, my baby started bleeding as if it was water tap rushing.

Quickly, my stepfather took the basin where he put the off cut penis out of the place and as we speak, nobody knew where he took it to, neither saw the off cut.
It was when the bleeding stopped, we discovered the whole penis is off but my stepfather still insist he has not finished his work and that the penis is inside, that it will come out when he finished with it and so, the boy should remain in his place for fourteen days for treatment.

READ ALSO:   Tonto Dikeh Has Called On Women To Speak Out When In An Abusive Relationship — Do You Agree With Her?

They refused him and took the boy to a clinic at Korokorosei community where the health officers confirmed the chopping off of the penis.

There Oyintari was placed on first aide treatment and was referred for further treatment.

They first took him to Solomon’s Clinic, Azikoro Village, Yenagoa.

From there, they traveled to St. Clement’s Clinic at Ugheli, Warri, Delta State where they referred them to a government hospital. And here they are at Federal Medical Center Hospital, Yenagoa, Bayelsa State.

The major problem is that since the head of the penis or the glans which regulates urination is chopped off, the boy could no longer urinate or defecate.

We have been here for over two weeks, they fixed a line in the hole of the penis in passing the urine into a bag for disposal while treatment is ongoing.

The doctor said they can manage it here.

This was exactly what happened.

My efforts to speak with Doctor Akpo’s who is in charge of Oyintari Michael’s treatment were fruitless as he was said to be absent in all of my visits.

SOURCE: MY EXCLUSIVE INTERVIEW WITH MRS. NUDORA MICHAEL, MOTHER OF THE VICTIM AT THE CHILDREN WARD OF THE FMCH, YENAGOA, BAYELSA STATE: 10/03/2017.