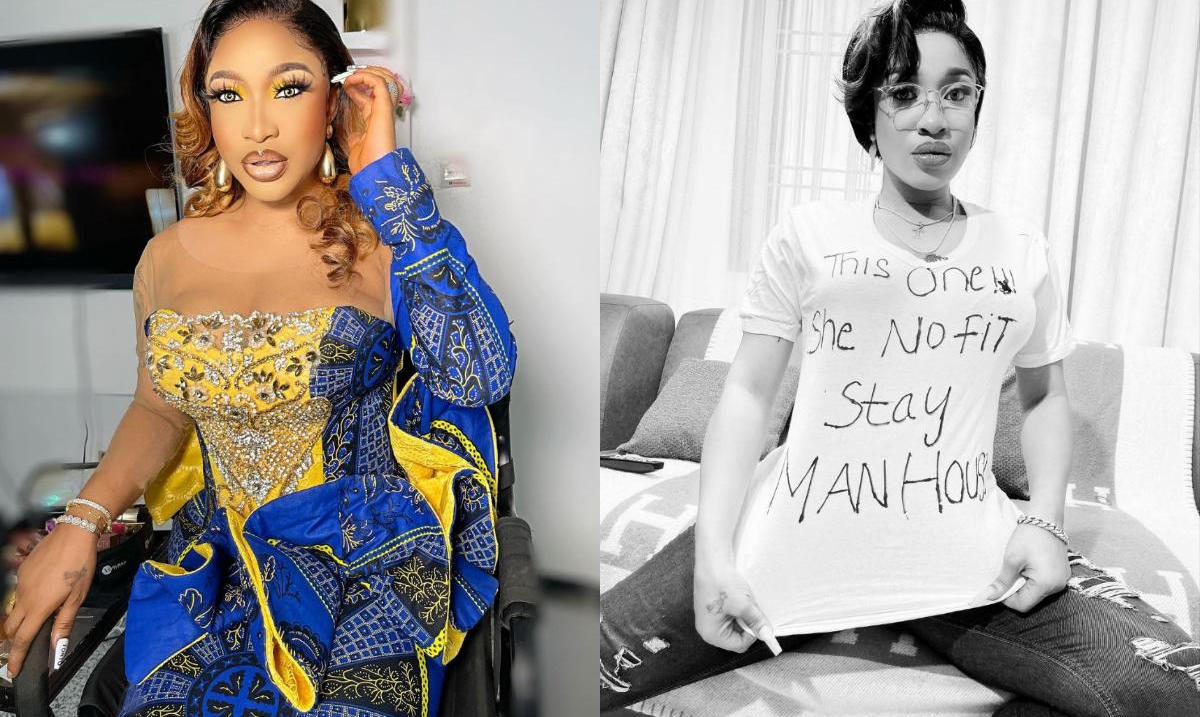 Tonto Dikeh might have one of the kindest hearts towards the needy but she has been quite unlucky in terms of her love life.

She and Olakunle Churchill ended their marriage. Soon after, dirty accusations started flying around about the actress having a little too much to drink while she kept sm oking uncontrollably.

Tonto Dikeh also recently ended her relationship with Prince Kpokpogiri after it turned out that he had a loose ‘third leg’ which usually found its way to other women – sometimes, while the thespian is around.

READ ALSO:   “When You Meet Me Newly, The First Impression You Get Is That I Am Cold" — Nollywood's Chioma Akpotha Says She Is A Shy Person And Only Snubs People She Does Not Know

According to the popular Nollywood actress, she dumped Kpokpogri after listening to a leaked voice note between him and a certain Merit.

If you have listened to the voice note, then you already know that the Nigerian Politician, activist, entrepreneur and philanthropist embarrassed the actress while discussing that she was a drunk who engaged in so many unhealthy habits.

It turned out to be that these were the same things Olakunle Churchill accused the actress of indulging in.

READ ALSO:   See The Photo Jackie Appiah Claims Makes Her Feel Like 16 [Not These]

Anyway, Tonto Dikeh just shared a post with a pitiable inscription written on the t-shirt.

ovie.clarkson: “You can’t shame the shameless 😂”.

leumas_mahni_og: “You too fine pass make they no rush you even when you’re married ❤️🔥…..”

ninjafiwa: “God will gv u ur man wen the time comes 🥺❤️”

mbapeace: “Na the man way mellow down na him we dey agree dey for him house o 😍😍😍😍😍”