Super Sampson: See How Powerful This 77-Year-Old Akwa Ibom Man Is Who Eats Bottles And Pulls Cars With His Teeth 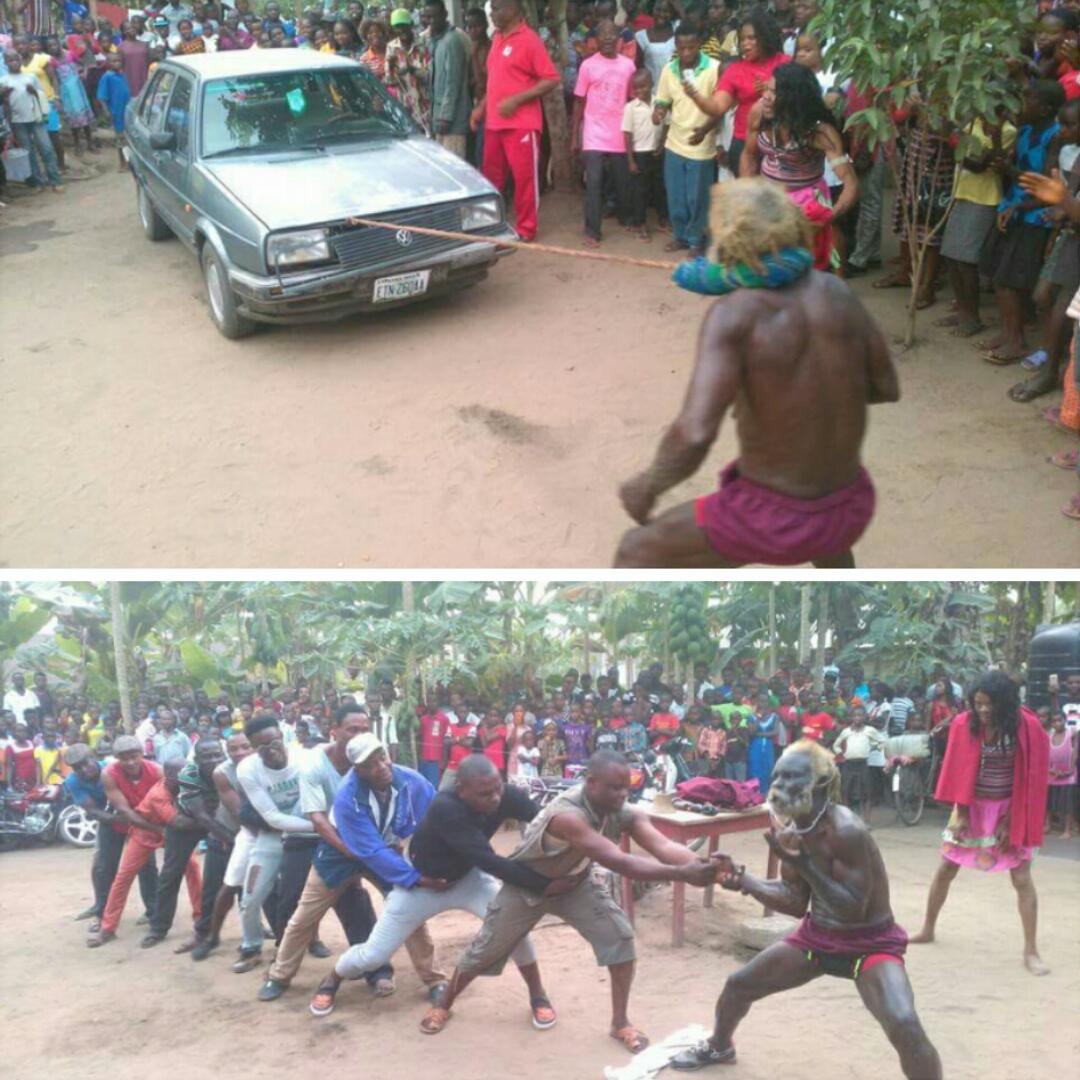 He is the 77-year-old man from Ikot Eyo, Nsit Ubium L.G.A., Akwa Ibom known as Super Sampson, The World Sampson or Super Dragon. There is none like him when it comes to strength as he eats bottles, pulls cars with his teeth and even 15 men cannot pull him down.

“Today I had the rare privilege to take this shot with The World Sampson Super Dragon who had gone far across the globe performing shows in major continent including Europe, Asia and England to mention but few, He has been in the system since 1960 -2000 and he is still active in service” Owoh Etukudo, who shared the photos wrote on Facebook.

“World Sampson was/is still a personality, an Icon that is sort after wherever and whenever the name is mention, an indigene of Ikot Eyo in Nsit Ubium L.G.A, Aks.
“#World_Sampson was one among the highly placed icon like Tizan Esshiet, a world heavy weight boxing champion, #The_Mandators; a renounced reggae musician that made the list in the then 60’s, 70’s, 80’s, 90’s till late 2000’s in the social atmosphere.”