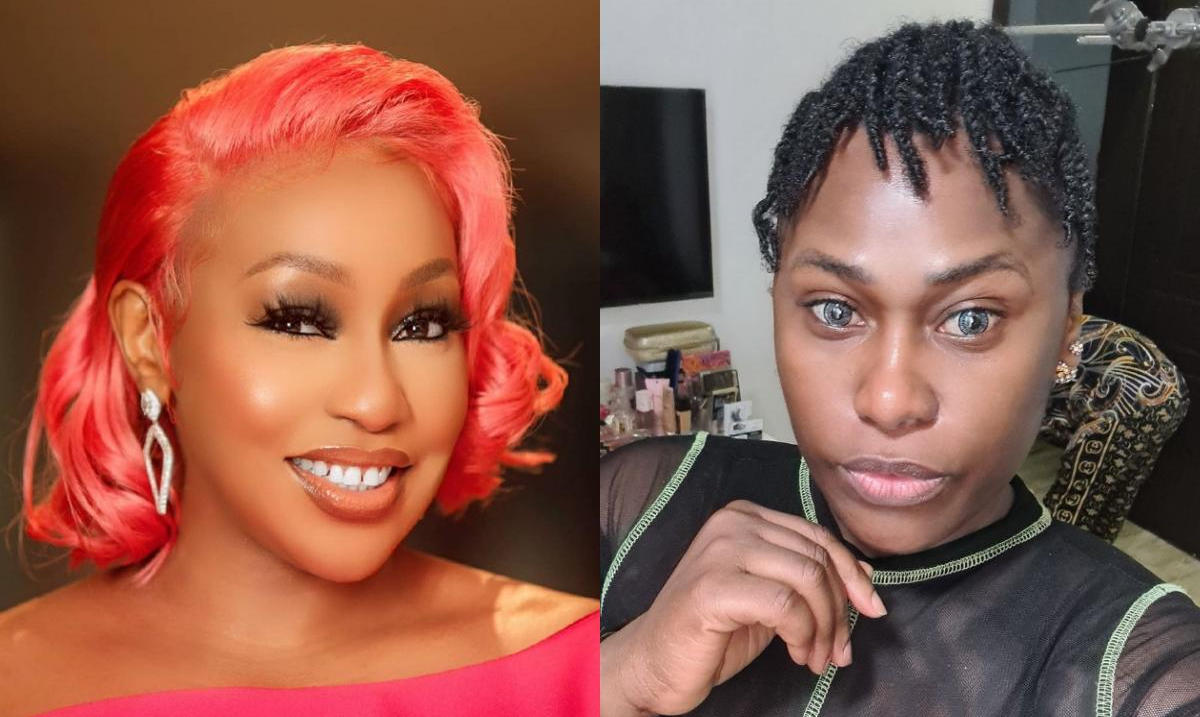 Uche Jombo has been in Nollywood for a long time. The actress is an inspiration to so many others who have only come into the industry or are thinking about it.

She has refused to age and quite frankly, looks to be getting younger by the day. The multiple award-winning actress has been sharing some awesome photos/videos on her Instagram page while also dropping updates for her fans regarding her projects.

However, the thespian recently warned people who do not get the right pronunciation of her name “Jombo” even after being in the industry for over two decades.

According to the actress, she was even told that they thought her name was “Jumbo” as a nickname because of her massive back.

Sharing a video in which she appears straight-face, Uche Jombo captioned;

You can watch the video below.

On a lighter note, the actress had earlier shared some photos which got a lot of reactions. Her fans and colleagues hailed her looks while Rita Dominic lovingly referred to her colleague as “sweetie”.

“If Melanin Popping was a person 🤎”.

"This Kind Of Love I Never See Am" - Ebele Okaro Reacts After Seeing Loved Up Throwback Of Chizzy Alichi And Her Husband, Chike