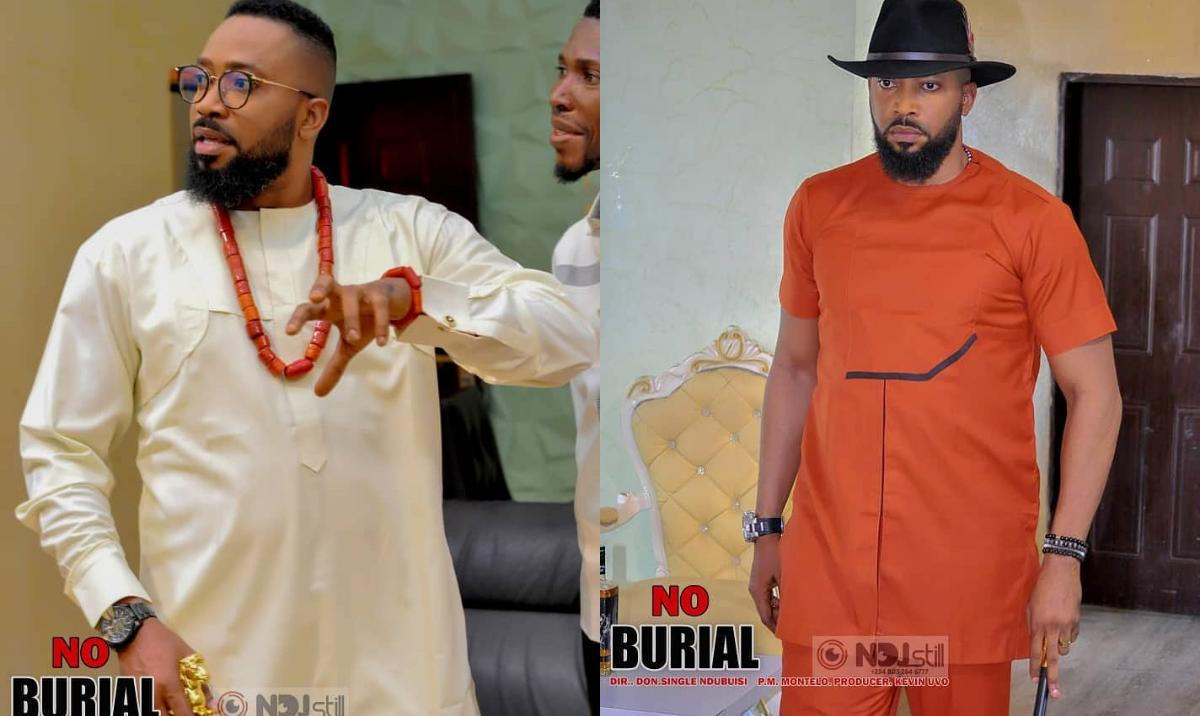 On Set Photos From The Freddie Leonard And Yul Edochie Movie, “No Burial”

Freddie Leonard is seen by many of his core fans as not only the most handsome actor in Nigeria, but the most talented.

The Nollywood star is currently on set a new project, “No Burial”. Leonard shared an on set photo on his Instagram page which appeared to show him teaching some younger and attentive colleagues on what to do to prosper in the industry.

When Ruth Eze saw the photo, she reacted in the comment section: “My Actor Extraordinary 🔥🔥🔥🔥teach them how to act there for me 🔥🔥❤️🔥🔥”.

Although not much was given on the plot of the movie, the producer of “No Burial” wrote;

“@freddieleonard and @yuledochie were very successful loving brothers and best of friends until the untimely demise of their beloved mother, who buries her?”

Some of your favourite actors are in yhis project such as Freddie Leonard, Yul Edochie, LizzyGold Onuwaje, Larry Koldsweat and the legendary Nkiru Sylvanus.