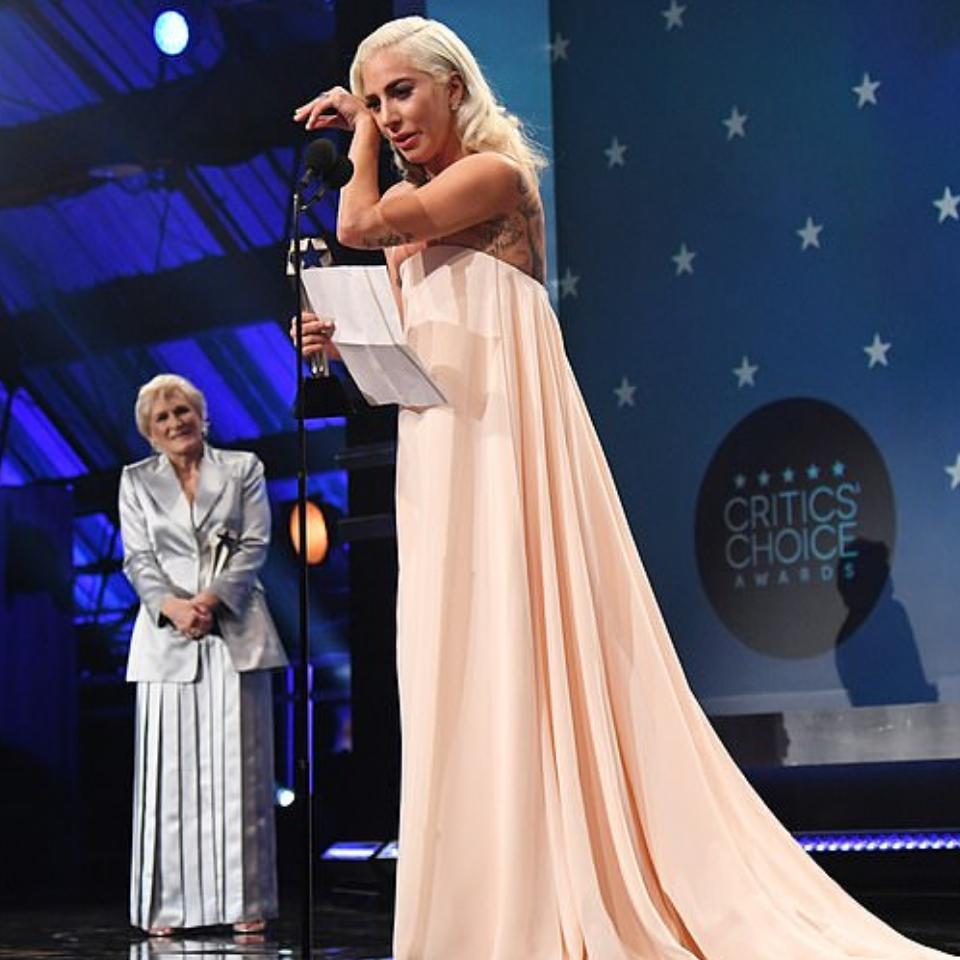 Lady Gaga was all emotions during her acceptance speech at the 2019 Critics’ Choice Awards. The singer turned actress shed tears of joy as tied with Glenn Close to take home the best actress award for A Star Is Born.

READ ALSO:   Understated: Lady Gaga Looks Elegant In Baggy Men's Shirt On Set A Star Is Born For The Cover Of Variety

Close who won the award for her role in The Wife, remained on stage while Gaga’s name was read as the joint winner. Meanwhile, as she was going to receive her award, she tripped while walking up the stairs. However, the singer managed to avoid a full-on nip slip on live television as her dress began slipping down.

Emotional: Lady Gaga Sobs Throughout Her Acceptance Speech At The 2019 Critics’ Choice Awards

Star Of The Night: Lady Gaga Channels Judy Garland’s 1954 A Star Is Born Look, Recreates Her Dress At 2019 Golden Globes

Understated: Lady Gaga Looks Elegant In Baggy Men’s Shirt On Set A Star Is Born For The Cover Of Variety

Too Kind: Beyonce Sent Lady Gaga An Ivy Park Hoodie And Roses As She Struggles With Fibromyalgia