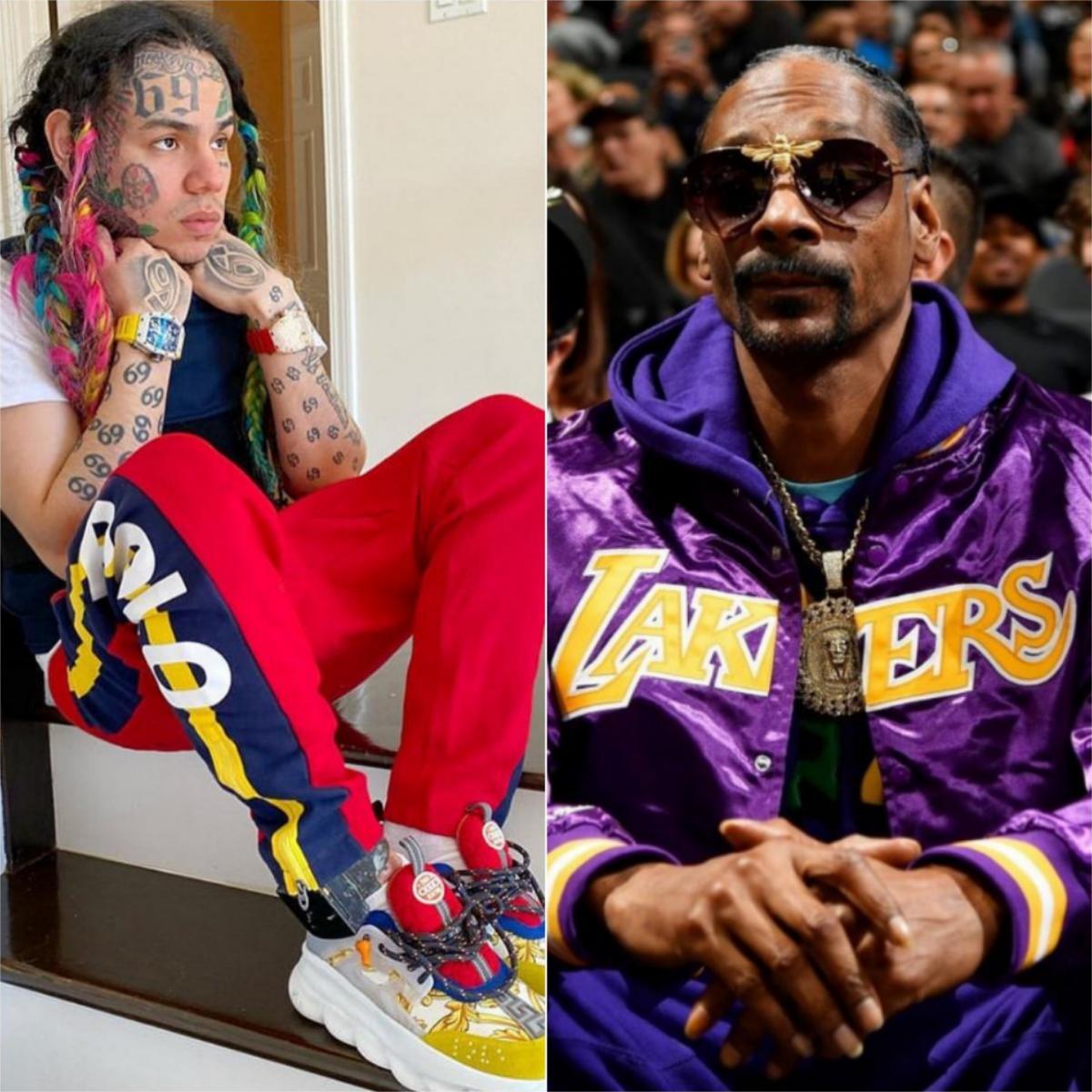 Tekashi 6ix9ine Accuses Snoop Dogg Of Being A Snitch

Look, Tekashi 6ix9ine is going to drag as many rappers to the hell-hole they are trying to sink him into. Since he released his first post-prison single, “GOOBA,” he has been roasted across social media for being a “snitch” and that’s unacceptable in the hip-hop game. Well, the rainbow-haired entertainer has accused Snoop Dogg of snitching as well and says the paper work is online. He was referring to Suge Knight saying the same thing about the “Drop It Like It’s Hot” hitmaker from prison.

It all started when Tekashi posed a question to his followers. “Should I just tell you guys what rappers snitched,” he wrote above the clickable options of “Yes” or “No.” He added, “Because they told me EVERYTHING When I Started.”

Not long after, The Shade Room took a screenshot of the message. It was then he hit the comment section of the post and wrote:

However, it didn’t end there. He returned once more writing;

“If your in denial the paper work is online and suge knight speaks on it from prison but we choose to ignore who we want to call rats.”

Meanwhile, Snoop hasn’t yet replied Amebo Book after we tried to reach out to the former Death Row icon.