Latest News USA Today: Tennessee Woman Shoots Her Mother In Her Sleep After Pretending To Have Loving Family On Facebook – “You Just Betray Them Like That?”

A 22-year-old woman identified as Alexcia Jones, has been charged with first-degree attempted murder after investigators with the Shelby County Sherriff’s Office say she confessed to shooting her mother, Tanesa Boyd, in her sleep at her home on Orange Tulip Drive around 11:30 p.m. Tuesday night. Investigators weren’t sure who had done it at the time. However, that changed Saturday morning when deputies announced Jones had confessed.

“I couldn’t imagine it,” neighbor Raymond Jones said. “They [are] new neighbors. They [have] been here probably like two or three weeks, and for something like that to happen this soon, just unusual.”

Meanwhile, Jones had been trying to cover her tracks on Facebook by portraying a loving relationship with her mom and even praising her in several posts just hours before the shooting, saying in one, “My mother, daughter and siblings are all I have. I love them to death.” 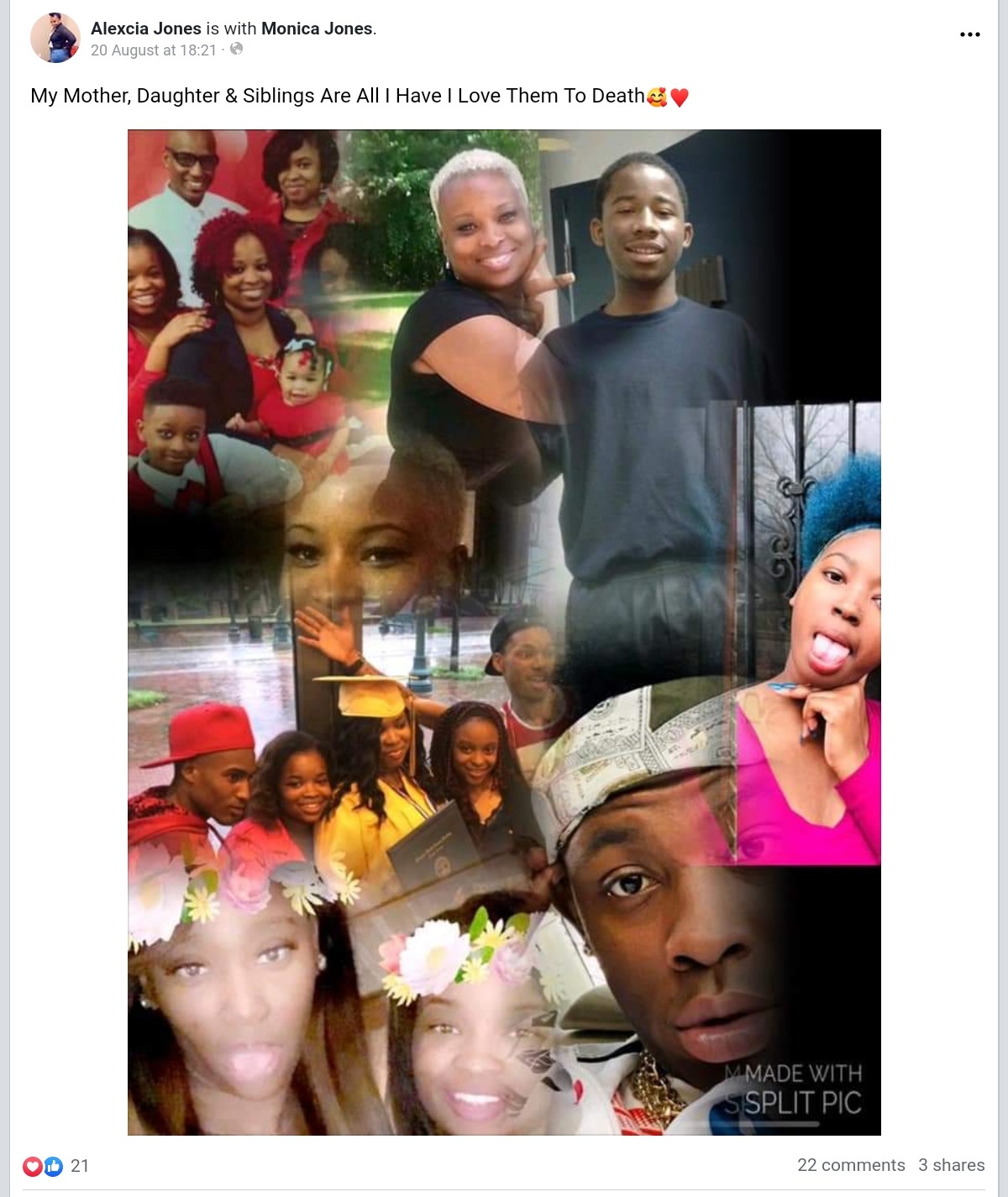 In another, Jones posted a photo of her mother and part of a conversation they’d had that day, writing: “Love you too mama. I’ll cook you a big dinner tomorrow.” 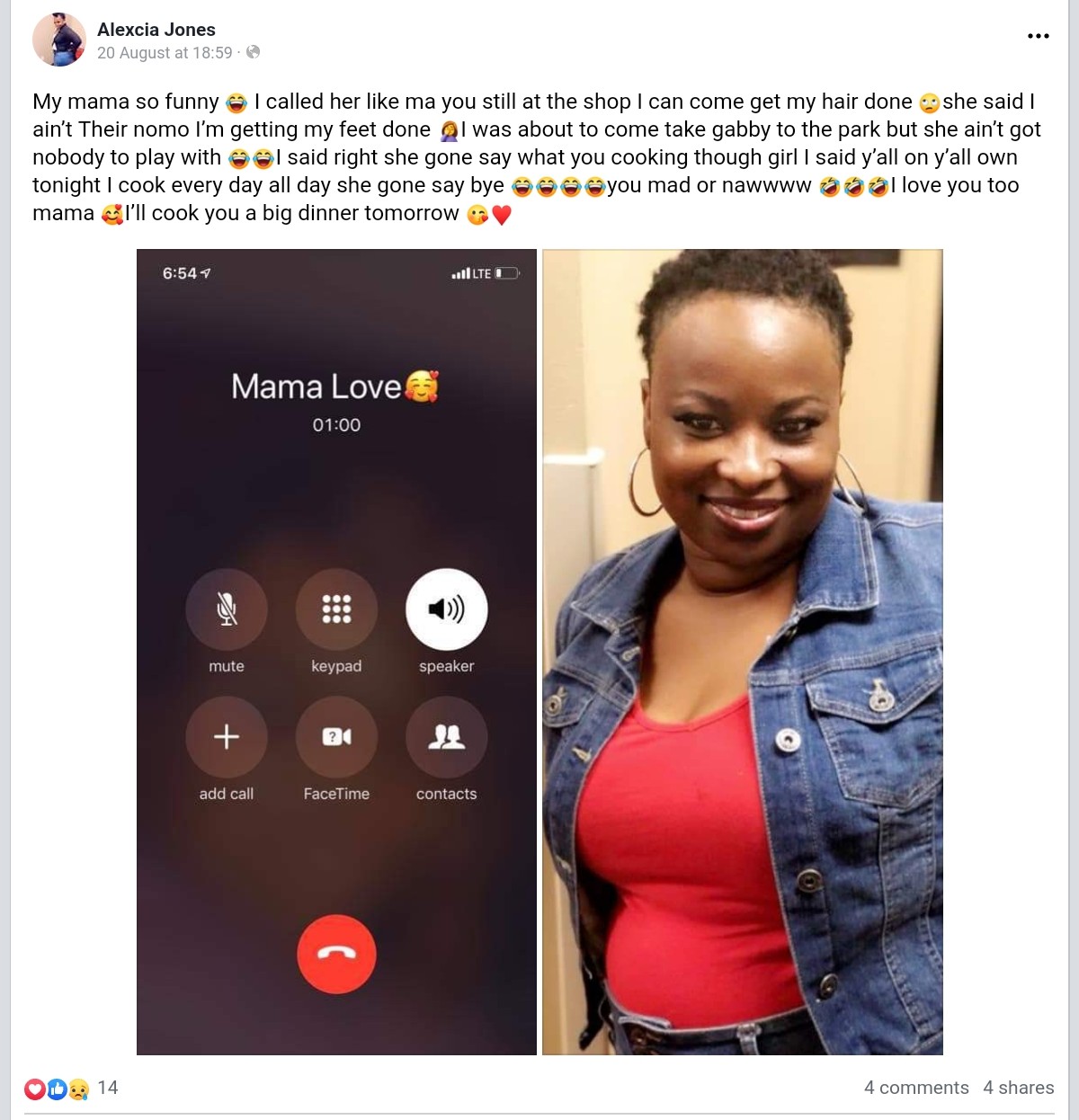 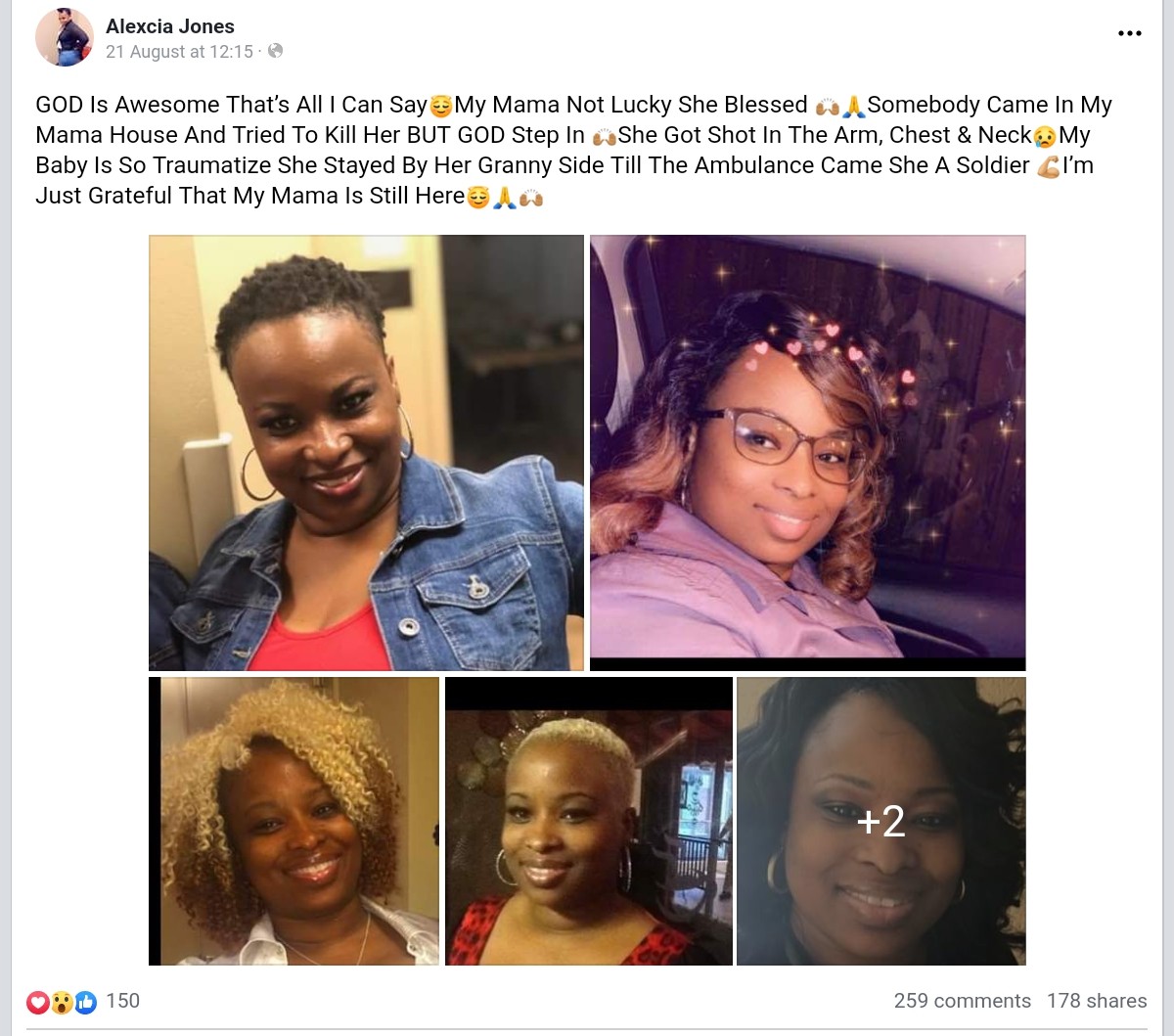 According to investigators, Boyd was shot in her sleep less than five hours later. The next day, Jones made another Facebook post claiming a man went into her mother’s house that night and tried to kill her, and thanking God for stepping in and saving her life. However, court records tell a different story. They show Jones’ mom was sleeping when she heard a “loud bang” and awoke to realize she’d been shot, only to find her daughter standing at the foot of her bed.

The arrest affidavit shows several people were in the house during the shooting, including children. It was Jones’ siblings who told deputies that she shot her mother which she later admitted to. On Friday night, deputies swarmed the house and arrested Jones.

According to WREG, investigators say they found the gun in a car outside the home.

“Police officers was down there checking the cars and stuff,” neighbor Christian Ryan said.
Ryan, 12, lives across the street, and spoke to WREG with his parents’ permission. He says he saw Jones and her mom arguing in the garage about a month before the shooting as they were moving into the home. When asked his thoughts on someone shooting their own mom, he said, “Just sick… It’s just like, the person who birthed you? You just betray them like that?”

According to court records, Boyd was shot “through the arm and shoulder,” but deputies say she’s expected to be OK.

Until now, Jones only had some minor traffic charges on her record. She’s now charged with attempted first-degree murder, tampering with evidence and possession of a firearm during a dangerous felony.

She will be in court Monday.

Latest News USA Today: Woman Gets Into Fight With Popeyes Manager After Chicken Sandwich Sells Out