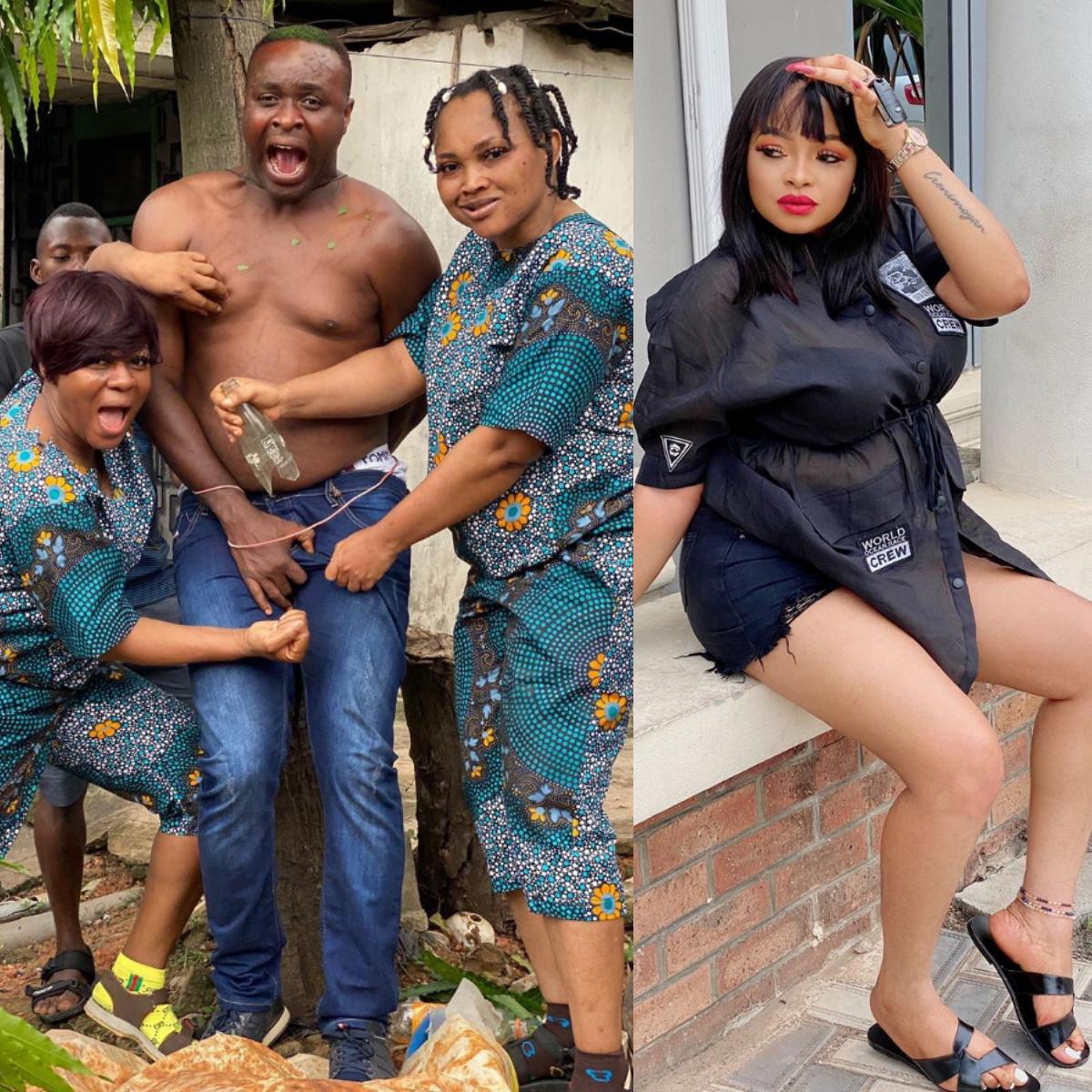 If you enjoy watching Yoruba movies, then this is a great time for you. You might want to look out for the latest, ERU KAN although it’s still in its production stage. However, photos/video have emerged and it appears hilarious.

Mercy Aigbe and Liz Da-Silva are seen attempting to cut off Femi Adebayo’s manhood to punish him. It appears he either raped or attempted to do just that to someone. The “Survival Of Jelili” star is seen being manhandled by the women.

Funmi Awelewa saw the video which was shared by Mercy Aigbe and hit the comment section. She wrote, “Walai, that thing go don strong die for down. Which kain problem be this tori Oloun 😢😫😂😂🤣 Mio shere Oyan oo”.

There were more reactions.

obaloluwakemi: “What will you people tell his wife, please i beg you both on his behalf”.

READ ALSO:   "A Zoo Is Cleaner And Better Than Police Barracks - Tiwa Savage Gives Reason Why Police Collect Bribes Rather Than Protect Us

oluwatosin_grace_: “Who is raping who now 🤷🤷 because you are actually holding his breast too 🤣🤣🤣🤣🤣🤣🤣”.

Even If I Am President of Nigeria, Eve Esin Will Not Respect Me - Christabel Egbenya

“You See These Gold Jewelry On Me, Is Not For Small Children” – Mercy Aigbe Brags