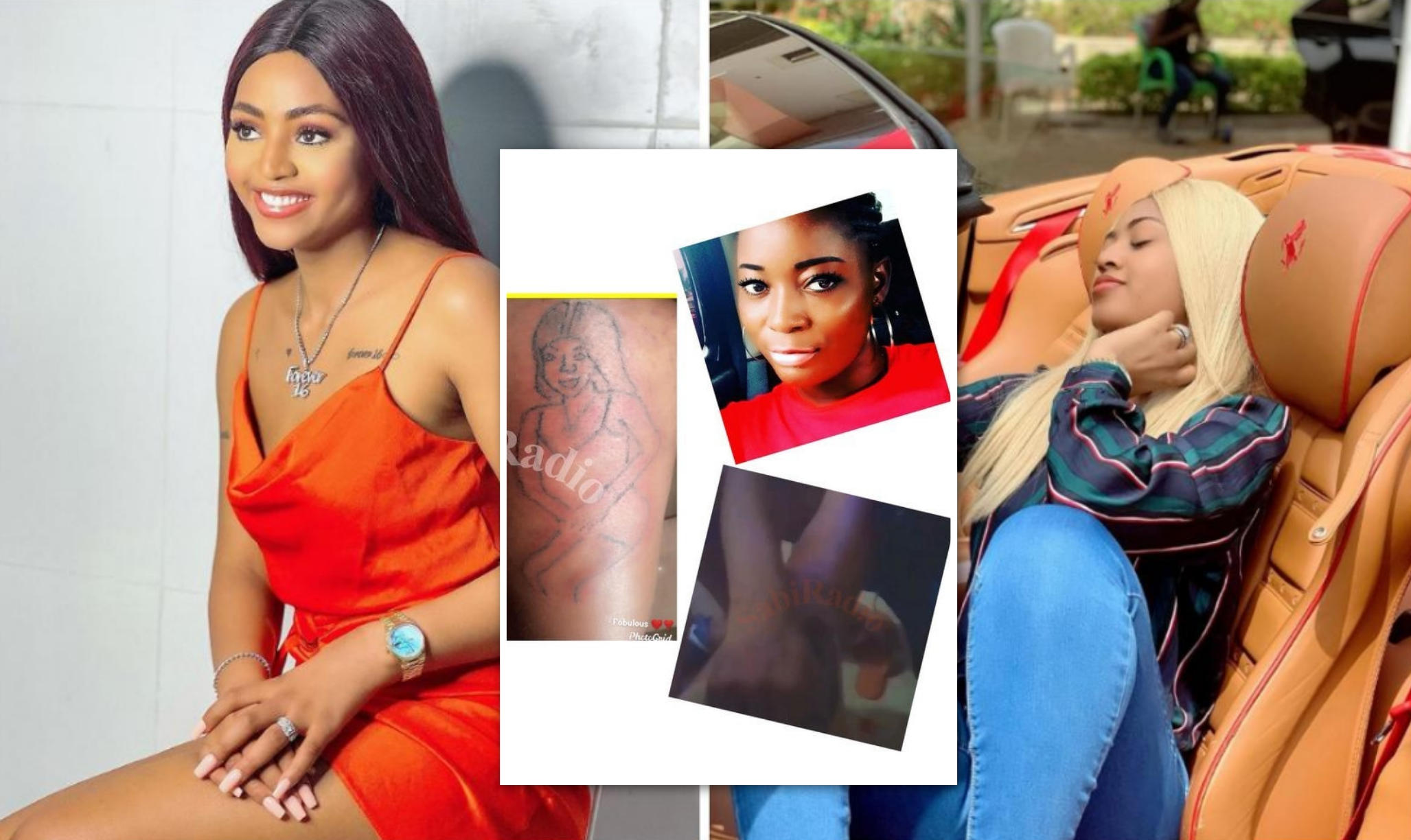 There appears to be a new trend now in which fans looking for financial favour and goodwill, ink their favourite celebrities on their body.

If you recall, some ladies have already had a tattoo of Bobrisky on theirs and he has rewarded them handsomely for this.

Meanwhile, only those celebs who are believed to have a lot of cash are targeted with Regina Daniels now in demand.

In fact, a die-hard fan of the Nollywood actress tattooed her photo on her body. The reason given was that she loves Regina Daniels so much that she broke her principles by having her very first tattoo and it just had to be of the thespian.

“I love you @regina.daniels, this is my way of saying I love you, your love has broke up my principles you’re the first image I have place on my skin, I never had extra money to put your red dress so forgive me, I didn’t do this to gain favour but just to tell you that there’s someone that heart you a lot”

READ ALSO:   "You Are The Greatest Favor I Received From God" - Comedian Woli Agba Says As He Celebrates His Wife, Olaife Ayobami, On Her Birthday

However, social media users were less than impressed with the fan and called on people to stop the madness.

perfumeoilwholesales wrote; “I’m just here minding my business and wondering what the next trend will be … Do you know?”